Delta, United, JetBlue and American have all said that the coronavirus was causing staffing problems

Flight cancellations that disrupted holiday travel stretched into Monday with thousands of U.S. flights spiked during one of the year’s busiest travel periods because of crews out sick with COVID-19 and now storm fronts creating more havoc.

Flight delays and cancellations tied to staffing shortages have been a constant this year. Airlines encouraged workers to quit in 2020 when air travel collapsed and have struggled to make up ground this year when air travel rebounded faster than almost anyone had expected.

With the arrival of the omicron variant, that staffing shortage has led to thousands of canceled flights over the four days. According to FlightAware, which tracks flight cancellations, airlines have canceled more than 4,000 flights to, from or inside the U.S. since Friday, with over 1,000 U.S. cancellations on Monday.

Delta, United, JetBlue and American have all said that the coronavirus was causing staffing problems, and European and Australian airlines also canceled holiday-season flights because staff were infected, but weather and other factors played a role as well.

Covid-19 cases continue to affect flight crews, causing hundreds more flights to be cancelled Sunday on top of the nearly one thousand flights cancelled Christmas Eve and Christmas Day. Airports have already been bustling with travelers.

Travelers at Boston Logan International Airport on Monday said the process had been chaotic to say the least.

Flying into Boston wasn't part of Garrett Almeida's original plans, but that's where he ended up.

"The last 24 hours have been kind of wild, kind of crazy," he said.

Almeida said after his flight was initially delayed and then canceled, he got lucky and was placed on standby for a flight to Logan as he tried to get home to Maine.

"It's been chaotic. My flight kept getting pushed around like to Portland, it kept saying 6 a.m. this morning, then it would switch to 8 p.m. tonight," he said.

John Norvell was supposed to fly into Providence but landed in Boston instead.

"I think it's a little upsetting to have to wait so long, but with the holidays and the issues Delta was having, I think they're doing a good job," he said.

The experience wasn't as chaotic for other passengers.

"It was easy to get through security, checking our bags. It was a nice experience. Everything went well," Allison Musso said.

Some said they even got to Logan early after seeing news of the flight cancellations and delays over the weekend only to find it was smooth sailing.

"I expected things to be backed up terribly and everything has turned out great," another passenger said.

And even though Almeida had to come back to the airport on Monday morning to pick up his bag, he said it still could have been much worse.

"Had that flight I was put on standby for been full, I would've been waiting at 6 a.m. in Atlanta and then gotten stuck when it was canceled," he said. 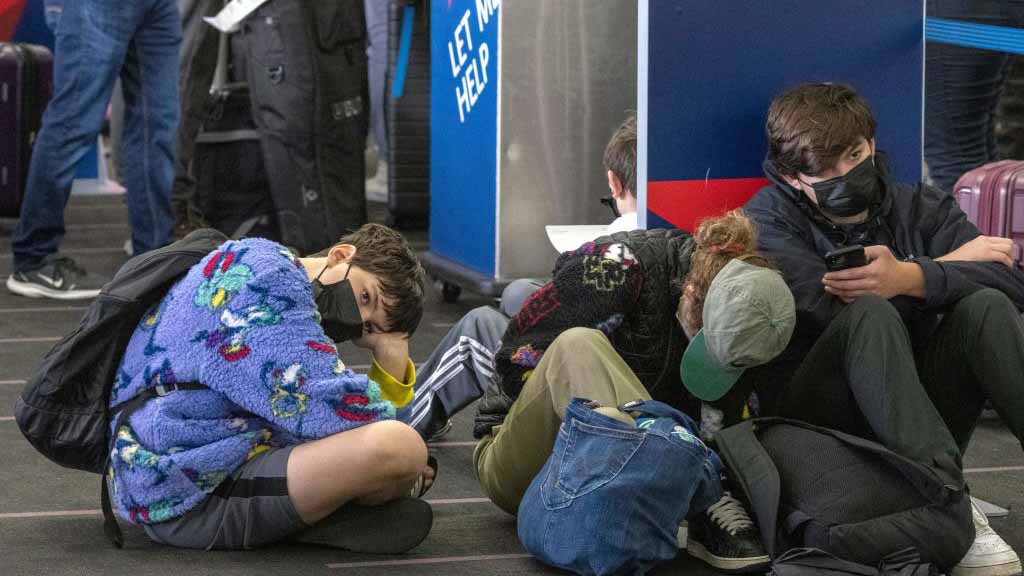 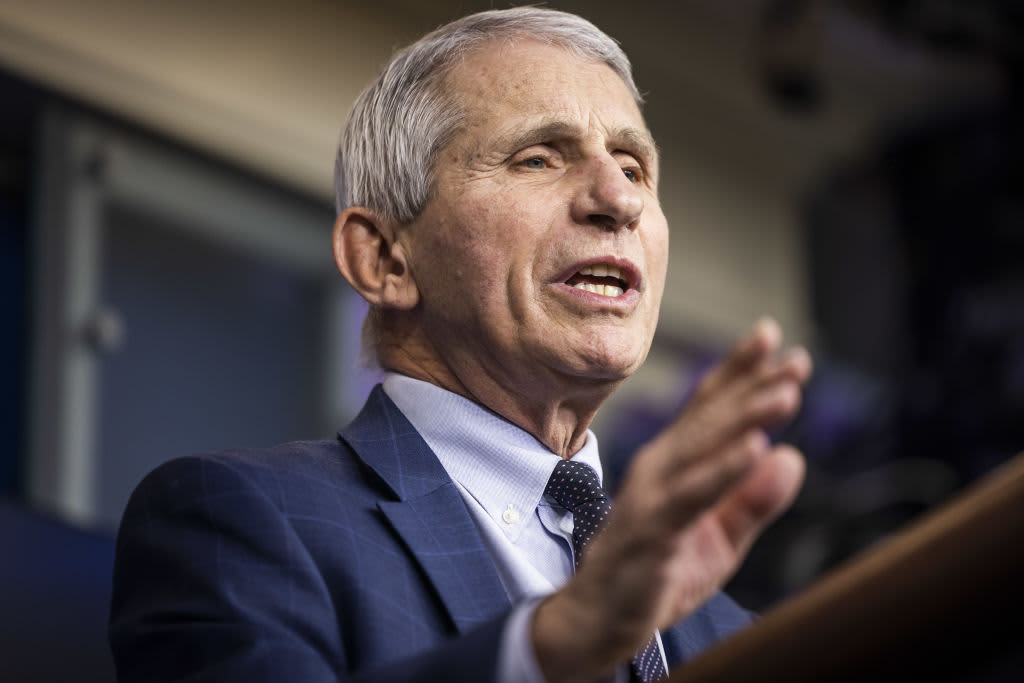 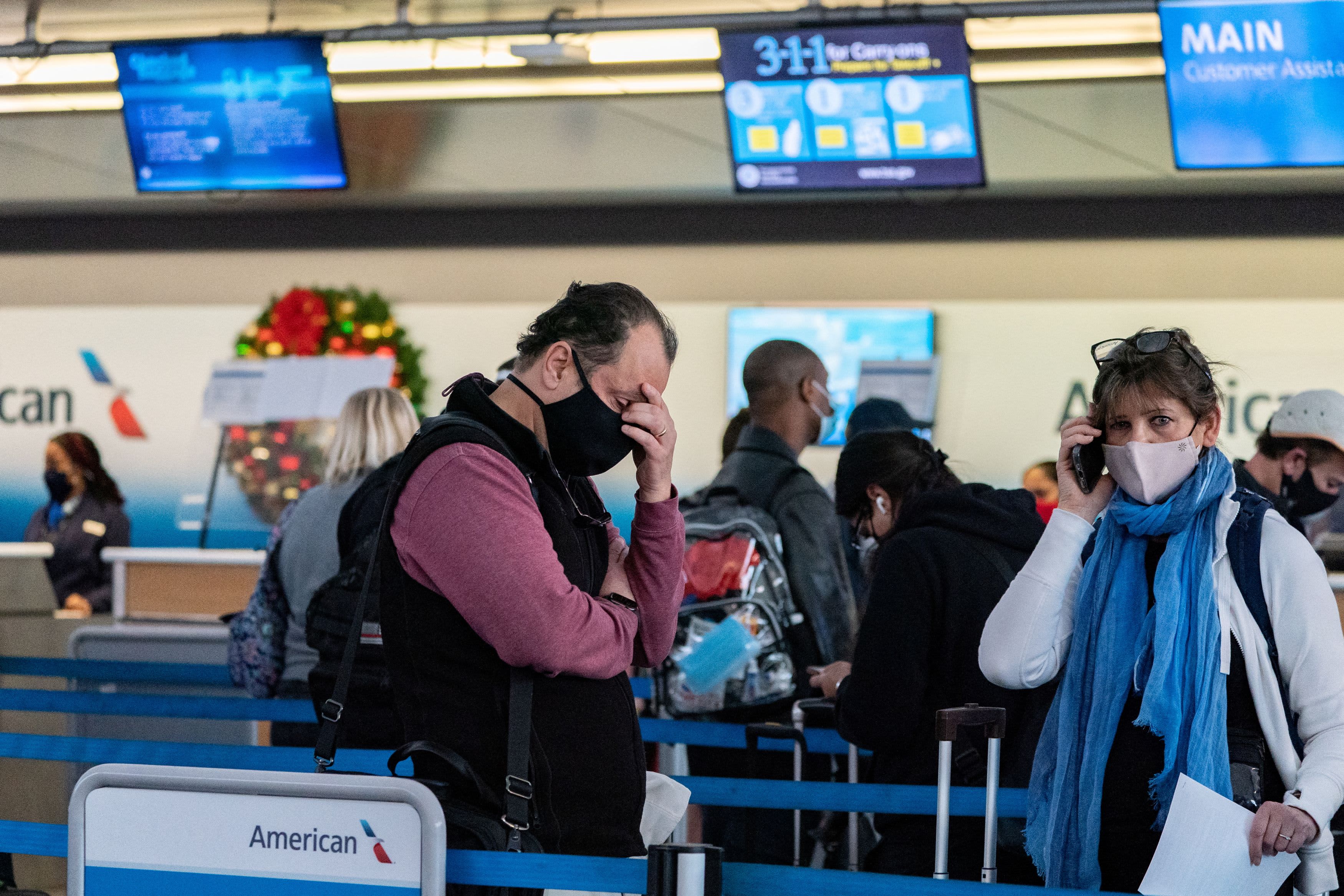