The flags have flown atop Hingham fire trucks around the anniversary of Weymouth Police Sgt. Michael Chesna's death for the last two years

The flags have become a source of controversy amid nationwide calls for police reform, with advocates saying they are a show of support for law enforcement and detractors arguing they are a political message.

The move came after the Hingham firefighters union told NBC10 Boston the flags would have to be taken down by someone other than a union member.

"Our support for our brothers and sisters in blue is unwavering," the union said in a statement. "The flags have continued to fly with honor every day. They will have to be removed by someone other than a member of this union.”

The flags have flown atop Hingham fire trucks around the anniversary of Weymouth Police Sgt. Michael Chesna's line-of-duty death for the last two years.

Hingham Fire Chief Steve Murphy and Police Chief Glenn Olsson recently decided to remove the thin blue line flags after getting complaints from residents. The town's select board took up the issue as well on Tuesday.

The town officials determined that the flags have taken on a different meaning amid national calls for police reform, pointing to a local policy that bars political messaging on public property.

"I think we're really up to the challenge," Olsson said. "We have some of the best officers out there and not only that, but we're even continuing to take steps to change the system."

The widow of the Weymouth seargent, who was shot to death in the line of duty in 2018, spoke out about the decision to take the flags down earlier this week.

Chesna was shot to death July 15, 2018. He was responding to a call of a crashed vehicle when 20-year-old Emanuel Lopes allegedly threw a large rock at his head, then shot Chesna multiple times with the officer's gun.

Cindy Chesna Speaks Out Against 'Vilification' of Police 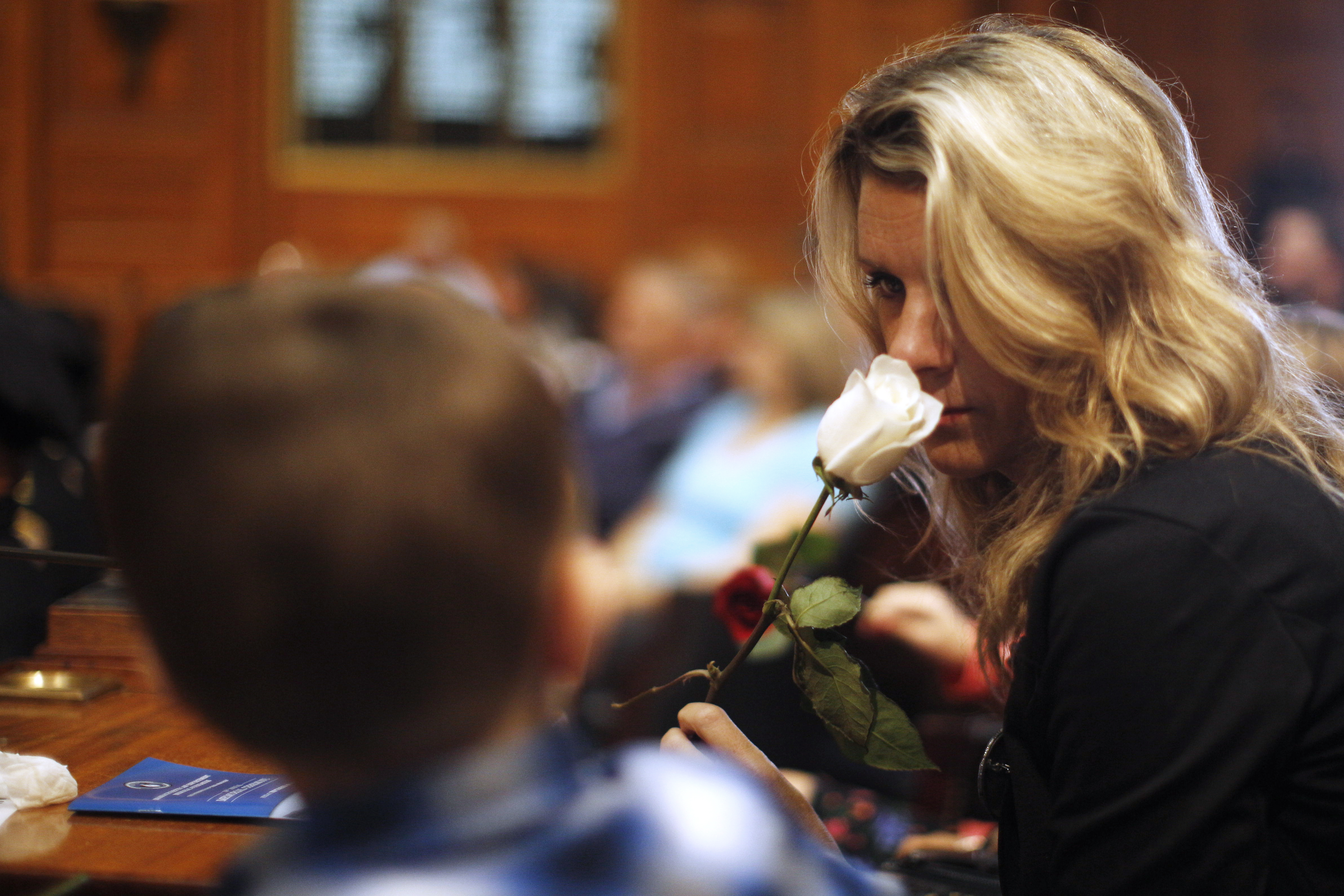 "I take each of these actions as a personal attack on everything Mike stood for as a police officer and a decorated army veteran with two combat tours in Iraq and Afghanistan," Cindy Chesna wrote. “This is way too personal for me and I will always stand up for my husband. His memory won’t be desecrated along with any officer that has paid the ultimate sacrifice.”