In an interesting twist to the game’s venue, the Penguins are owned by Fenway Sports Group, which also owns the Red Sox.

Jake DeBrusk scored his second goal of the third period with just over two minutes remaining and the NHL-leading Boston Bruins rallied for a 2-1 victory over the Pittsburgh Penguins in the Winter Classic on Monday at Fenway Park.

Linus Ullmark made 25 saves for Boston, which is 8-0-3 in its last 11 games. Because the Bruins were the “home” team, they improved their home record to 19-0-3 this season.

Kasperi Kapanen scored for the Penguins, and Casey DeSmith made 19 saves in relief of Tristan Jarry, who left with an apparent injury late in the first period.

Playing on an unseasonably warm day with temperatures in the upper 40s early in the game, the Bruins won for the fourth time in the NHL’s 14th annual showcase event that was held at the home of the MLB’s Boston Red Sox in front of a sellout crowd 39,243.

Playing with the stadium lights illuminating the ice, DeBrusk swooped in and banged home the rebound of Taylor Hall’s backhand shot with 2:24 left.

DeBrusk collected a pass from Brad Marchand at the side of the net seconds after a power play expired, spun in front and slipped it behind DeSmith to tie it at the 7:46 mark of the period.

With the sun setting and reflecting off the buildings just beyond the right-field stands, Kapanen collected a pass in front from Danton Heinen and shoveled it past Ullmark’s glove as he was falling to his knees 8:40 into the second period for the Penguins' early lead.

In an interesting twist to the game’s venue, the Penguins are owned by Fenway Sports Group, which also owns the Red Sox. They were sold to the group that’s headed by principle owner John Henry in December of 2021.

Led by Bruins’ home anthem singer Todd Angilly, the crowd sang “Take me out to the Hockey Game” midway into the third period.

During the second-period intermission, there were performers taking trick shots off Fenway’s fabled 37-foot Green Monster, which was adorned with the logos of the Bruins, Penguins and Winter Classic.

There was a souvenir foul puck in the second when Ullmark made a save and the puck popped into the air, sailing into the first row of seats behind the Penguins’ dugout.

It was the second Classic in Fenway; Boston beat Philadelphia 2-1 in overtime in 2010.

You couldn't have scripted a better Winter Classic for the Bruins and their fans. Between the epic comeback and the unbelievable weather, fans say there was no better way to start a new year

"When they showed up in red sox uniforms today, it made my day," said Steve Horgan.

Remember him? He became known as the bullpen cop after an iconic shot during the Red Sox ALCS Game in 2013.

Horgan wasn't the only good luck charm in the sea of black and gold on Monday. Liam Fitzgerald was also there, but you probably know him as fist bump kid. In 2014, a video went viral of him bumping fists with every Bruins player at TD Garden. He did the same thing for the B's at Fenway on Monday.

"I'm just so excited to be here," he said. "Another opportunity to be here with my family and my friends."

The Northborough teen also got to give the players a pep talk before the game.

"Just said hello and I told them to score one or two goals for me," Fitzgerald said.

His mom can hardly believe it.

"It's almost surreal being here at Fenway Park as you're walking around the [Green] Monster, taking pictures," Christine Fitzgerald said. "We actually feel like part of their family, it's just one of those cool experiences."

Fitzgerald and Horgan were just a few of the fans who got to watch the B's come back and beat the Pens in an outdoor game of pond hockey they'll never forget.

"Unbelievable, amazing experience," another fan shared. "I'm at a loss for words, coming to Fenway Park seeing a Bruins W, it's amazing!"

Even those who weren't rooting for the home team were pumped to be a part of the sold-out crowd, including the Porter family who drove 11 hours from Pittsburgh.

The Porters said they wouldn't miss it, and neither would a family from North Attleboro. They did miss the Winter Classic at Gillette Stadium seven years ago but only because their son Brayden was born during it.

When it comes to economic impact, the game was a big win for Boston, too. They estimate the Winter Classic brought in close to $23 million to the city.

You couldn't script a better Winter Classic for the Boston Bruins.

Bruins legend and Hall of Famer Bobby Orr participated in the ceremonial puck drop between Penguins’ captain Sydney Crosby and Boston’s Patrice Bergeron. Orr also took a shot, sliding it to former Red Sox catcher Jason Varitek, who squatted down and made the catch.

More on the Winter Classic 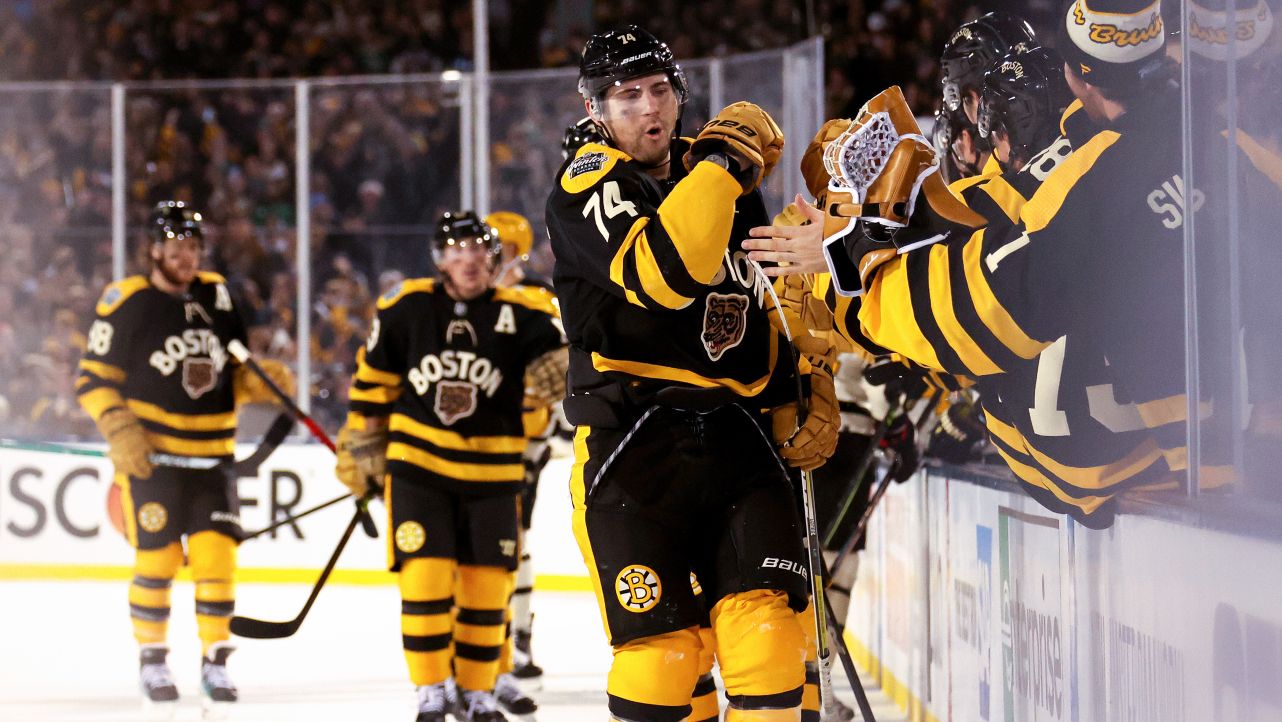 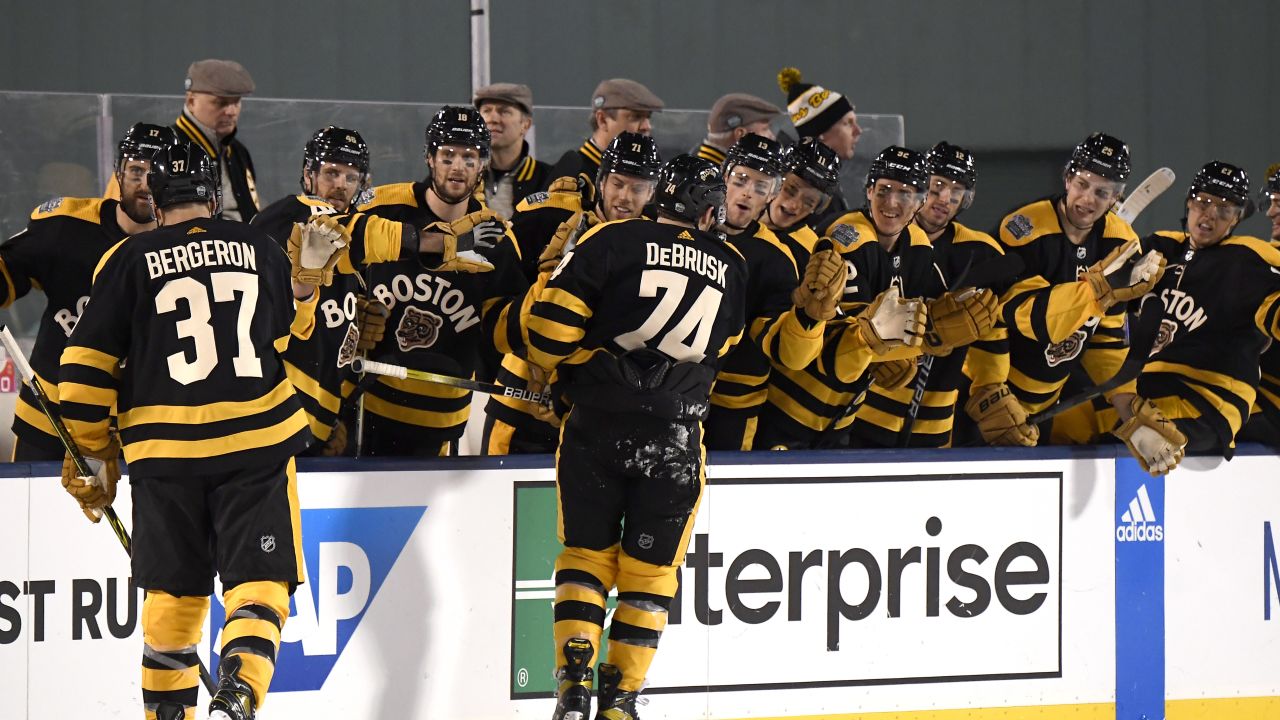 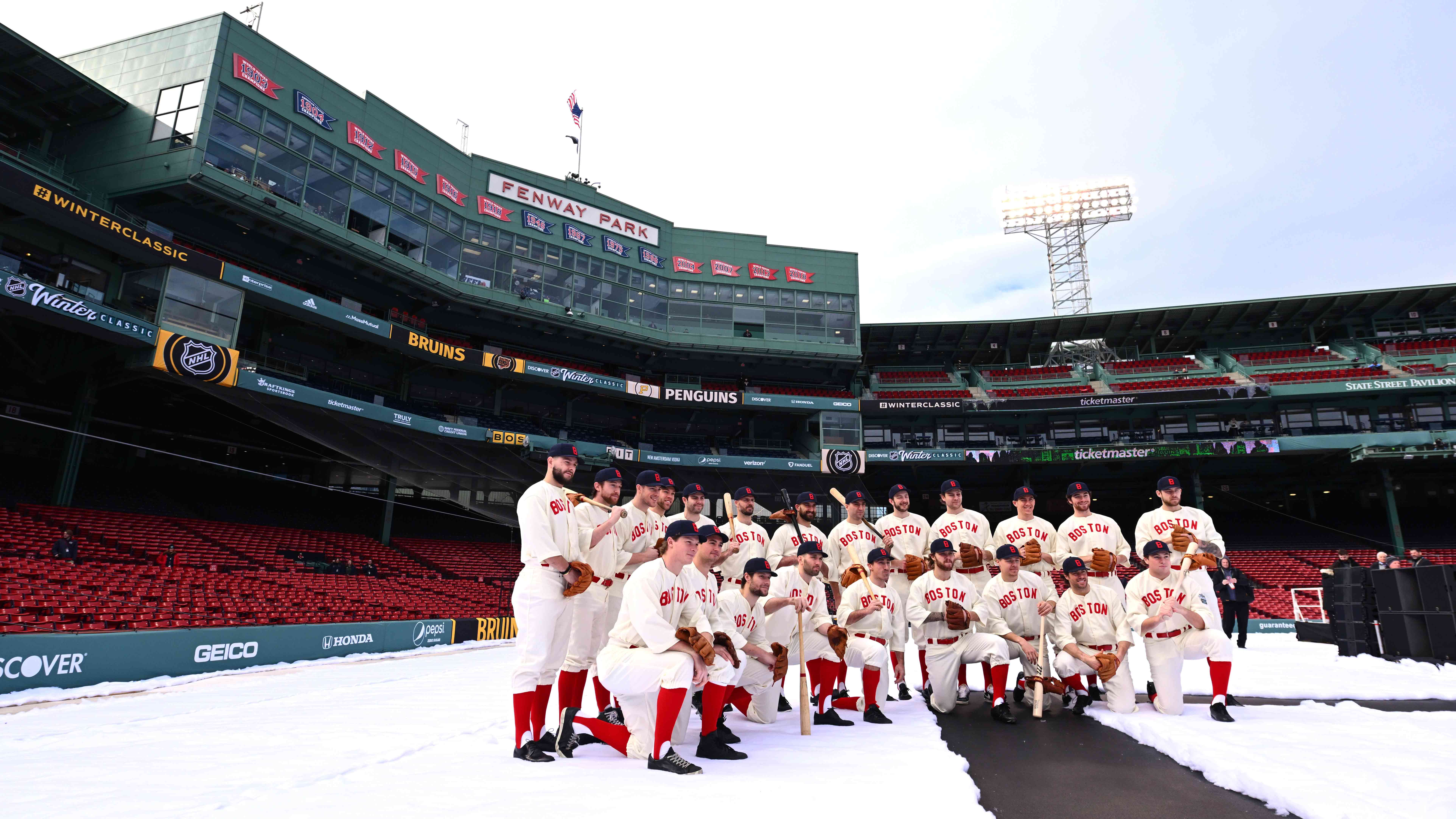