The Stoneham Fire Department said firefighters were able to rescue a dog from the Hersham Street home, which was deemed a total loss.

A multi-family home in Stoneham, Massachusetts, was destroyed Saturday morning in an intense, challenging blaze that firefighters battled for several hours.

Fire officials say a Reading firefighter was treated on-scene for a leg injury, but no other injuries were reported in the 3-alarm fire. 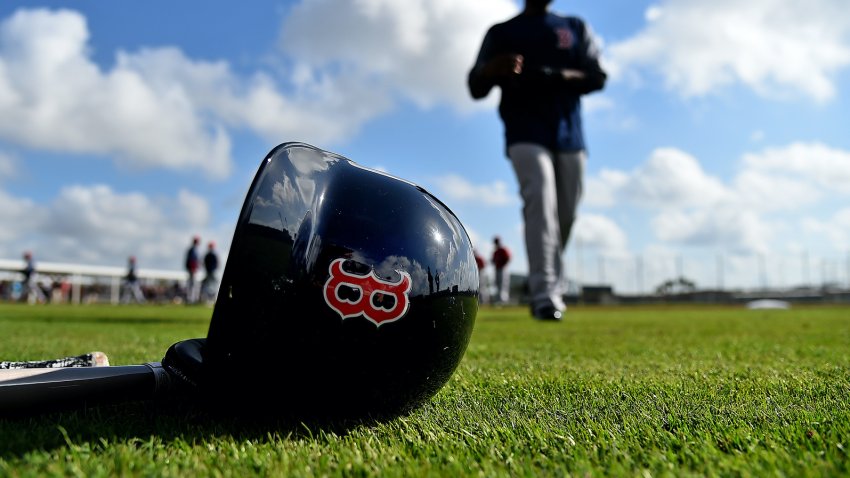 Upon arrival, firefighters initiated a search of the building but were pushed back by extreme heat once they reached the third floor, which soon became fully engulfed in flames, forcing firefighters to evacuate due to safety concerns.

“It made it up in the walls and the attic, and was basically coming through the roof and the whole top floor ignited so we had to go to a defensive attack,” Stoneham Fire Chief Matt Grafton said.

Crews ultimately conducted an exterior defensive attack, working to extinguish the flames while preventing the fire from spreading to nearby homes.

Fire crews learned that a neighbor alerted the residents living in the third-floor unit to the danger, which ensured they were able to escape to safety.

Ben Minsk tells NBC10 Boston he was changing a flat tire on his car in the street when he saw the flames and ran inside to alert residents and pull some of them out.

Chief Grafton praised the fire crews for incredible work and thanked all of the departments that responded.

"The crews who responded this morning did absolutely incredible work to determine the best approach to attacking this fire and execute on their plan in order to save lives and protect nearby properties from damage," Chief Grafton said. "I want to thank all of the firefighters from ours and other departments who answered the call today, plus Dispatchers Brian Johnson and Mike Sweeny for their calm, professional response while carrying their responsibilities. I also want to thank the Boston Sparks Association's Rehab Unit, which provided invaluable support on-scene during a lengthy and challenging firefight."

The home was deemed a total loss, and the cause of the fire remains under investigation by the Stoneham Fire Department and the Office of the State Fire Marshal.