"The altercation was witnessed by many students and staff and is extremely disturbing to the entire school community," Quincy school administrators said in a joint statement.

Hundreds of students walked out of Quincy High School on Friday morning after a year-old video containing "racist hate speech" led to a fight between two students earlier this week.

The fight broke out after dismissal over a video that was created outside of school over a year ago but recently shared between students on social media.

Freshman Jayden Harris says he was so upset by the video that he got in a fight with the student who created it.

"There was a video that was made saying, 'oh I want to remind Black people the days that they got whipped," Harris said of the racist video. "During the fight I was thinking, is this gonna to make it stop? Will this make a change?"

Harris was suspended and regrets using violence but he and other students say it's one example of a bigger problem.

"All of these problems have just been piling up and up," one student shared. "It has not been addressed."

Students in all grades walked out of class and marched down the busy streets of Quincy, Massachusetts, on Friday. Some stopped at the district's administration building to chant, “we want change.”

At one point, students directly confronted administrators, demanding answers. Students told NBC10 Boston that they want something to be done. 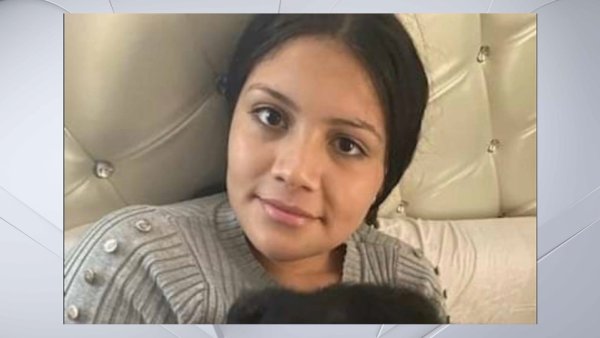 Quincy High School Principal Lawrence Taglieri eventually came out to address the angry crowd. When asked what his message was to the students, he replied, "We care for everyone deeply, especially these students right now who are hurting."

Taglieri and Superintendent of Quincy Public Schools Kevin Mulvey sent a letter to parents notifying them of the incident, describing it as "extremely disturbing" to the community.

“There are clearly issues with culture and climate that require collaboration with outside resources and strategic planning in order to move forward with reinforcing our schools as safe and supportive environments," the administrators wrote. "The altercation was witnessed by many students and staff and is extremely disturbing to the entire school community."

Taglieri also said the district was working on a plan to make everyone feel safe and supported.

"We're going to be looking at some outside agencies to come in and help us," the principal said. "We have a strong community, a strong school."

Students and parents say they'll believe it when they see change.

"They don’t need to just say, 'I hear you, I hear you,'" parent Tamika Oden said. "They need to put efforts in place to show they're really hearing these kids."

The district engaged Walker Therapeutic, a behavioral and educational service program, to help staff at Quincy High School address the issue with students in a meeting on Wednesday.

Hundreds of students walked out of Quincy High School on Friday morning after a year-old video containing "racist hate speech" led to a fight between two students earlier this week.

The school is hosting a series of parent forums, the first which was held Friday at 3 p.m.

Parents and guardians will also have a chance to participate in another virtual community forum with Walker Therapeutic Monday at 5 p.m. at Quincy High School.

School officials are also planning to have students meet in small groups next week to allow for more conversation.

"These are immediate responses to the ongoing work that will continue to be done with students on a daily basis through community building, health education and interventions, and peer mentoring," the administrators wrote in the joint statement.