Sen. Ed Markey and Rep. Joe Kennedy III took part Tuesday in their last debate before the Massachusetts Democrats square off in a primary election

The debate broadcast on WCVB-TV came just days ahead of when in-person early voting is set to begin and as mail-in ballots are already being sent to voters who requested them.

The debate saw both candidates sharpening their elbows during their last live televised chance to make an impression on voters. 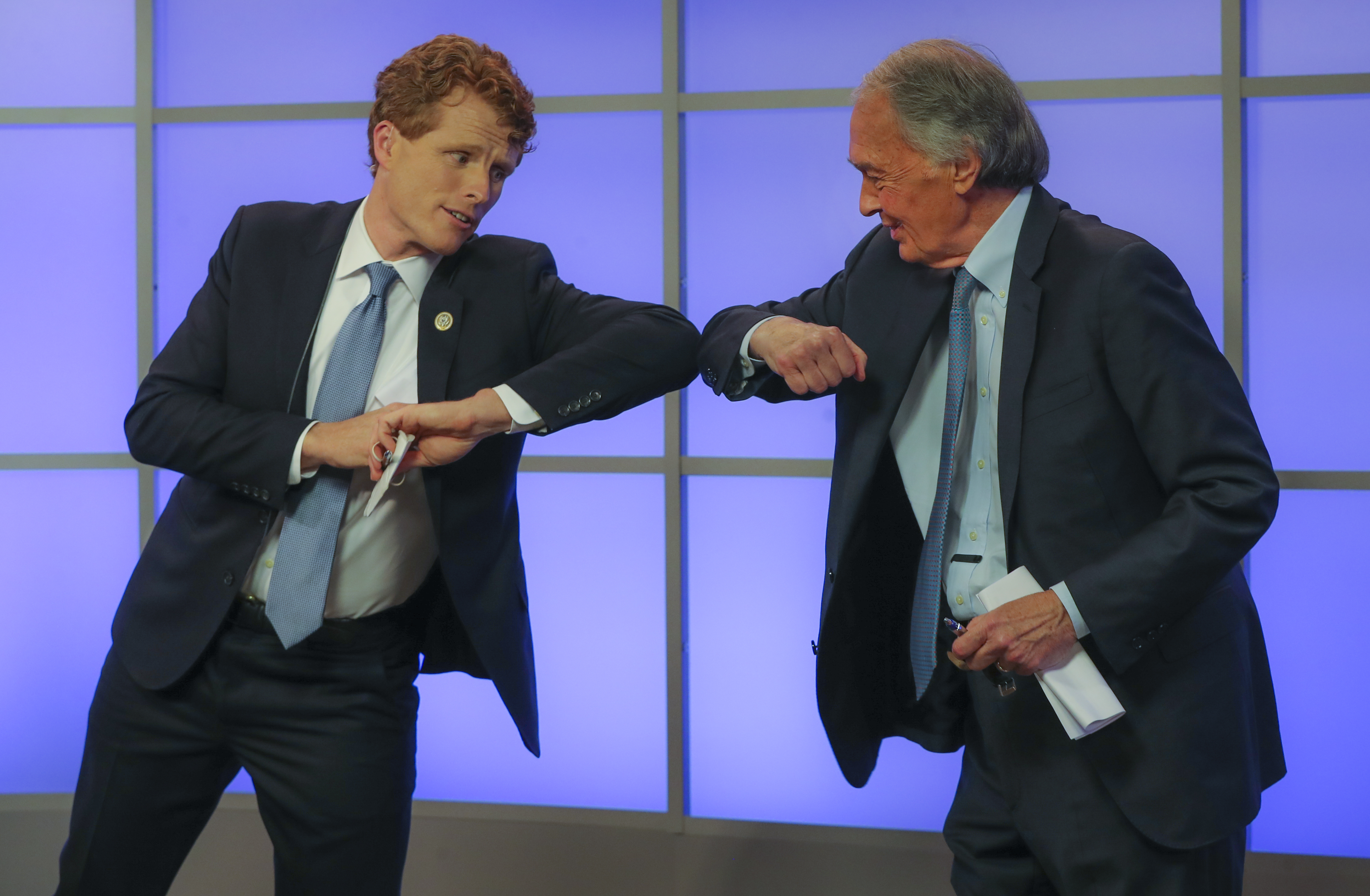 Kennedy again criticized Markey for failing to respond to the calls of two fathers who came to him for help.

One was the father of Danroy "DJ" Henry, a young Black man from Massachusetts killed by police 10 years ago. Henry's father has criticized Markey, saying he failed to help the family seek justice. The second is Colin Bower, who says his ex-wife took their two sons to Egypt after he had been granted sole custody. Bower has also criticized Markey for failing to help him.

Markey said that he has apologized to the Henry family and can't imagine their pain. He also said that he signed onto a letter seeking a federal Justice Department investigation into the killing.

"I know they were not happy with the meeting they had with me and I apologize," Markey said.

Kennedy said Markey should have tried harder to aid the families.

Markey pointed to other efforts he said he's made to help protect gig workers and fishermen and aid families who have lost children or other family members during the opioid crisis.

"I've worked very hard to make sure I deliver for the people of Massachusetts," Markey said.

Rep. Joe Kennedy III sits down with NBC10 Boston ahead of the election as he challenges Sen. Ed Markey.

Both candidates said they would support the elimination of life without the possibility of parole in the justice system.

Asked if that should apply to convicted Boston Marathon bomber Dzhokhar Tsarnaev, Markey said he would make an exception for terrorists.

Kennedy said even in the Tsarnaev case, he would stick with his support of the elimination of life without parole, but said that doesn't guarantee parole would be granted. He also said that "the families of victims would have to be heard loud and clear" before allowing parole.

Markey and Kennedy were also asked about whether they would fly on a plane during the ongoing pandemic.

Kennedy said he has already taken a plane. Markey said he was still a bit leery.

"I'm not actually going to get back on a plane until I am 100 percent sure they are safe," Markey said.

Both said they would support the permanent removal of the Christopher Columbus statue from a park near the North End neighborhood of Boston and believe that the Equal Rights Amendment to the U.S. Constitution should be ratified.

Kennedy and Markey also said that there is a need to address what they called the structural racism in the state and in Boston that they said has led to a gap in income and housing opportunities.

Markey, 74, has served in Congress for decades — first in the House and later in the Senate. The 39-year-old Kennedy currently represents the state's 4th Congressional District.

Kevin O'Connor, an attorney, and Shiva Ayyadurai, who ran as an independent in the 2018 Senate race, are vying for the Republican nomination.

The primary is Sept. 1, but voters can begin casting their ballots well before then in part due to steps taken to expand voting options in Massachusetts over concerns about the spread of the coronavirus.

The state has already begun sending out mail-in ballots to voters who have requested them. Those ballots can be filled out and mailed back as soon as they are received.

In-person early voting during the primary will be available August 22-28.