Sen. Sonia Chang-Díaz, the only woman of color currently serving in the Massachusetts Senate, rolled out a campaign video that touts legislative accomplishments in education funding and criminal justice reform.

Sen. Sonia Chang-Díaz, a Boston Democrat and the first Latina elected to the Massachusetts Senate, announced that she will run for governor in 2022 on Twitter Wednesday morning, making her the third Democratic candidate to launch a bid for governor.

Currently the only woman of color serving in the body, the senator declared her candidacy in a video. In it, Chang-Díaz touts legislative accomplishments in education funding and criminal justice reform and knocks "Beacon Hill insiders" for lacking urgency.

"Those wins didn't come easy. Beacon Hill insiders dragged their feet every step of the way, saying 'think smaller.' Instead, we fought unapologetically for the things working families actually need," she said in the video. "They said our ideas were impossible, we made them the law. The trouble is: that kind of urgency in our state government is still the exception rather than the rule. Too many leaders are more interested in keeping power than in doing something with it."

The mom and former public school teacher has built a name for herself on Beacon Hill around education funding and criminal justice reform, and has become a strong voice for progressive causes.

Chang-Diaz had a day of events across Massachusetts, meeting with leaders of color in Springfield and then campaigning in Worcester with striking nurses and business people. Her campaign kick-off culminated with supporters at 4:30 p.m. at English High School in Jamaica Plain, where Gov. Charlie Baker signed the school funding reform law known as the Student Opportunity Act in 2019.

“I've spent my life listening to powerful people tell me to slow down. To think smaller. To wait,” Chang-Díaz said in the video. “Voters didn’t send me to the State Senate to wait….Every day it gets harder for working families to live here. Health care and housing costs get higher, Black and brown kids face yawning opportunity gaps. If we don’t act now, we’ll be having the same conversation about the same problems in another 10 years.”

In late March, Chang-Díaz said she was "seriously considering" a campaign for the corner office next year when Baker's second term expires. She joins a Democratic field that so far includes Harvard professor Danielle Allen and former Sen. Ben Downing, whose time on Beacon Hill overlapped with hers. On the Republican side, Baker has not yet said if he plans to seek a third term.

More than a year ahead of the 2022 Democratic primary, the contest centers around candidates from the Boston area -- Chang-Díaz lives in the Jamaica Plain neighborhood and her Senate district also includes parts of Dorchester, Hyde Park, Mattapan, Mission Hill, Roslindale, Roxbury and the South End. Downing, who represented the Berkshires in the Senate, now lives in East Boston, and Allen resides in Cambridge.

Sen. Sonia Chang-Díaz, a Boston Democrat and the first Latina elected to the Massachusetts state Senate, announced that she will run for governor in 2022 on Twitter Wednesday morning.

In her video, Chang-Díaz discusses her family background, saying her mother was a social worker and her father an immigrant who became NASA's first Latino astronaut, Franklin Chang-Díaz. She was elected the Commonwealth's first Latina State Senator in 2008 and ran unopposed in her last two races.

Chang-Díaz co-chairs the Cannabis Policy Committee and the Joint Committee on Racial Equity, Civil Rights and Inclusion. She also helped negotiate a overhaul of policing oversight and accountability laws last year in the wake of the killing of George Floyd.

More on the Gubernatorial Race in Mass. 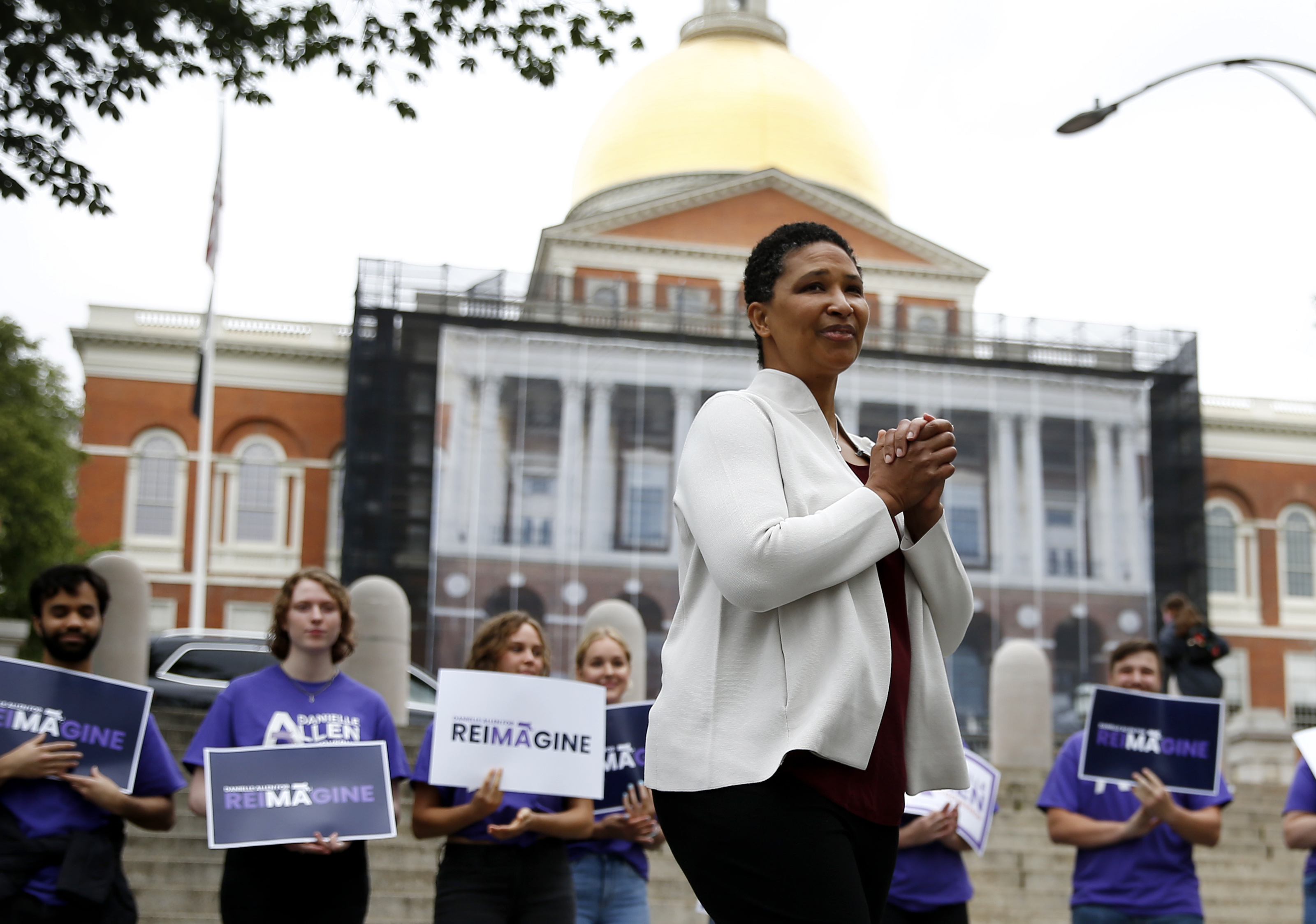