The woman's death in Derry is being investigated as suspicious, and part of the investigation is a series of gunshots neighbors reported

The death of a woman in a charred New Hampshire home is being investigated as suspicious, while her husband is in a Boston hospital being treated for critical injuries, authorities said Monday.

Part of the investigation is a series of gunshots that neighbors reported before the house in Derry went up in flames.

Police and fire officials were initially called to the home on Mt. Pleasant Street near Grinnell Road for a fire around 10:05 p.m. Sunday, according to Deputy Attorney General Jane Young's office.

Officers entered the house and found an unconscious, injured man, later identified as the 57-year-old owner of the house, Manoel Viana, and dragged him from the house, prosecutors said.

First responders were unable to re-enter the home due to smoke. When the fire was extinguished, authorities found the body of a woman, believed to be Viana's 53-year-old wife, Lynn Marie Viana.

An autopsy will be scheduled to determine the cause of Lynn Marie Viana's death, Young's office said.

Officials said there is no evidence to suggest that there is a threat to the general public. But they are asking neighbors for any surveillance video they may have showing the time leading up to the fire. 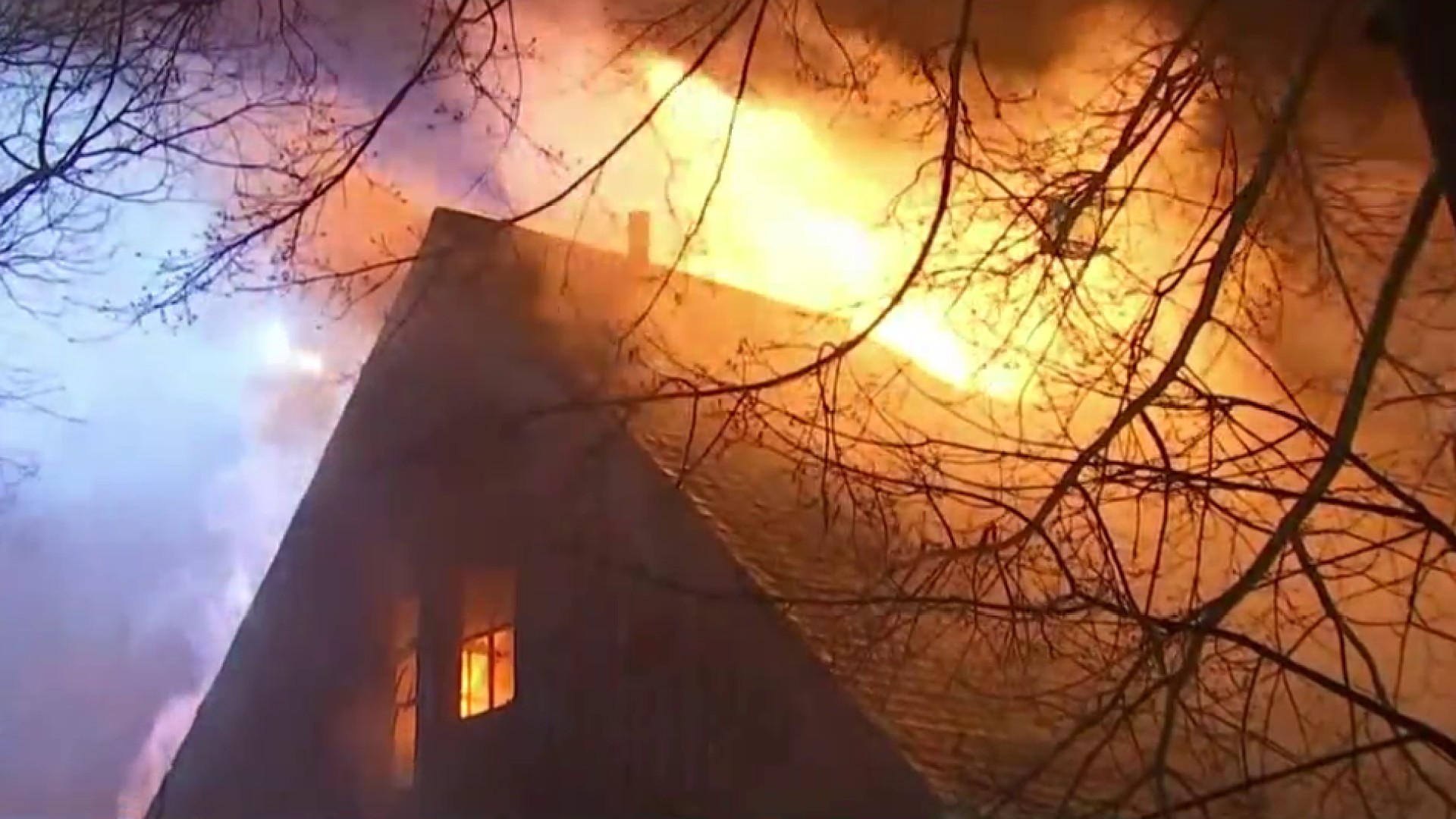 Fire Spreads to Multiple Homes in Lawrence, One Woman Injured