Woman Sentenced to Life in Prison in Ashburnham Treehouse Murder

Julia Enright was found guilty of second-degree murder in the 2018 death Brandon Chicklis in Ashburnham, Massachusetts; his body was found in Rindge, New Hampshire

A woman convicted last year in the 2018 killing of a man in Ashburnham, Massachusetts, was sentenced Friday to life in prison.

Julia Enright, 24, was found guilty in November of second-degree murder in the death of 20-year-old Brandon Chicklis, an ex-boyfriend.

The Worcester County District Attorney's Office announced the sentence Friday afternoon, noting Enright would be eligible for parole in 25 years.

Enright's boyfriend, Jonathan Lind, was indicted last month on charges of conveying a human body, accessory after the fact to murder, misleading a grand jury and perjury.

Enright lured Chicklis to a treehouse near her Ashburnham home to kill him in June of 2018. Prosecutors said it was a gruesome gift for Lind, with whom she shared dark passions.

Enright admitted in court to stabbing Chicklis several times, but said it was in self-defense after he sexually assaulted her.

Prosecutors also brought up text messages to her boyfriend before the killing, asking, "Do you think we could add bubbles to a blood bath?"

Enright told the jury all of that was fantasy, an attempt to seem dark and foreboding. She said she did intend to have sex with Chicklis that day, but changed her mind, and he tried to force her.

In one journal entry, Enright wrote about her disappointment that her boyfriend didn't seem to like her "gift." Prosecutors said that gift was killing Chicklis, but she said the gift was a skeleton stolen from a crypt.

Enright and her boyfriend wrapped Chicklis' body in a tarp and duct tape, and dumped it in Rindge, New Hampshire, where it was found a few weeks later in July of 2018.

Chicklis' blood was found on the stairs to the treehouse, inside it and under it.

A family member of Chicklis told NBC10 Boston that Enright and Chicklis once dated and remained friends even after breaking up. Prosecutors said the two had been classmates at Montachusett Regional Vocational High School in Fitchburg. 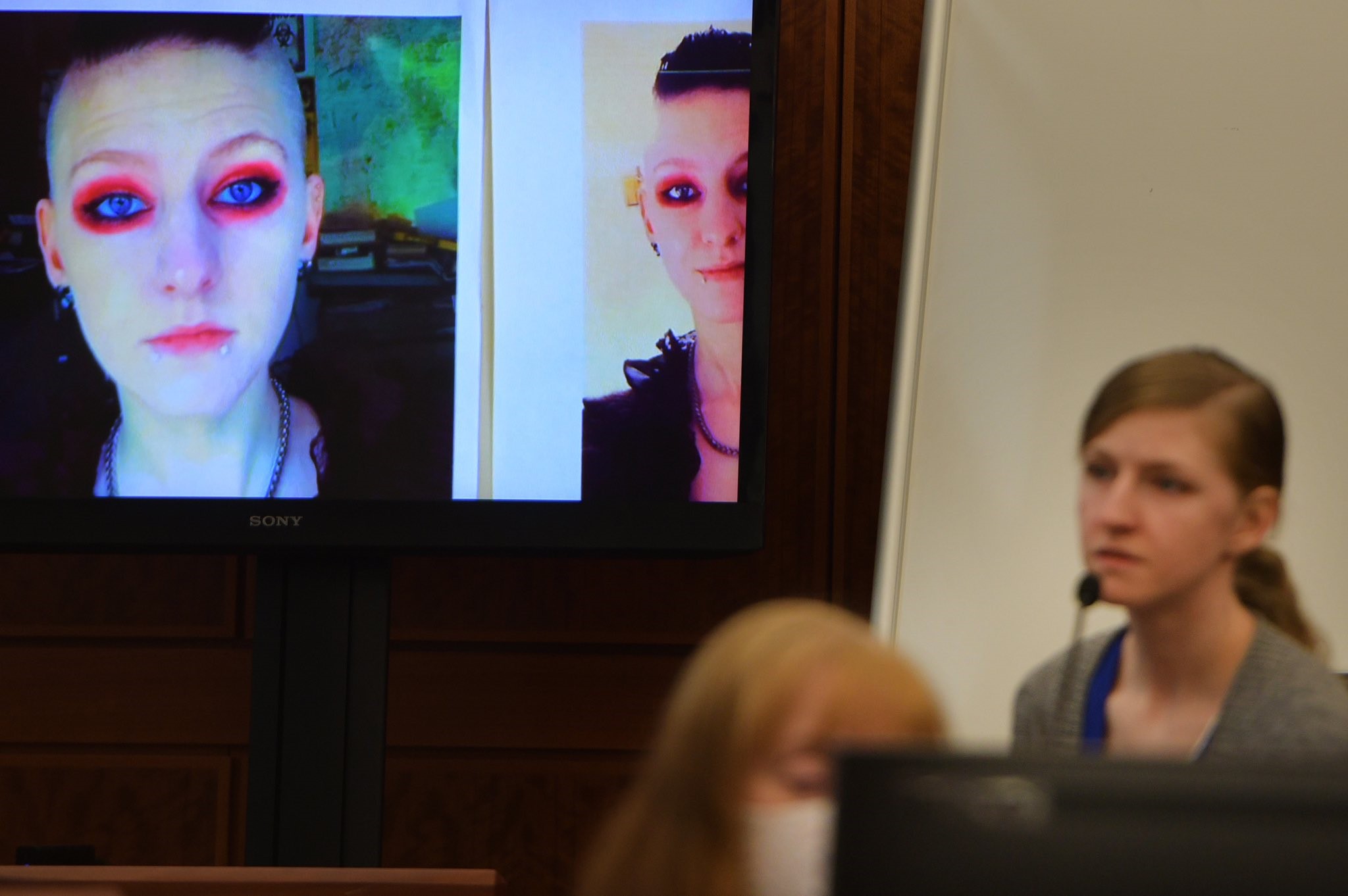 Prosecutors Say Mass. Woman Murdered a Man as a ‘Gift.' She Says It Was Self-Defense