North End restaurant owners will still have to pay a fee for outdoor dining, but the mayor said they will offer prorated rates and hardship waivers to help manage the cost while still helping pay for the needs of residents

Over the past two years, restaurants in Boston's North End have relied on outdoor dining to keep serving their customers and stay open during the ups and downs of the COVID-19 pandemic.

But restaurant owners are in the North End are battling with Mayor Michelle Wu over a $7,500 fee, arguing that no other part of Boston is subject to the same fee for outdoor dining spaces. In addition, restaurants will be charged $458 a month for each parking spot used in their outdoor dining areas.

The mayor offered some clarifications on the program Tuesday, saying that the fee is was meant to represent a monthly cost of $1,500 per month for five months, and that restaurant owners will be allowed to pay month to month. She also said the city will allow restaurants a prorated rate if they want to participate in outdoor dining for only a portion of the season, and they will offer hardship waivers.

Some North End restaurant owners are fighting back against Boston Mayor Michelle Wu's plan to charge large fees for outdoor dining in that neighborhood.

Restaurant owners are split on the issue.

Nick Varano, owner of Strega, appeared with the mayor during her announcement Tuesday.

"We can have cleaner streets, safety, more police, a better living environment, it makes it better for all of us restaurant owners," he said.

But other restaurant owners who oppose the plan say they weren't allowed inside for the press conference, holding their own in the North End.

Some in that group called business owners who support the fee "traitors."

"She's in trouble. She's going to regret it. She's in for a fight, she better roll up her sleeves," said George Mendoza, co-owner of Monica's Trattoria.

Wu said on social media that the city has hosted multiple public meetings that were open to everyone in the last few months.

"That's how to shape policy decisions, NOT by teaming up with antivax protesters finding every opportunity to harass people," Wu said in a tweet.

At the end of the press conference, NBC10 Boston asked Wu if she was prepared to proceed despite the threat of a lawsuit from restaurant owners. She did not reply.

Wu also said the city will offer hardship waivers and look at individual circumstances, including the size of the patio and storefront, whether or not the business holds a liquor license, emergency vehicle access, and other factors.

The hardship waiver will result in a reduced cost, and the city intends to offer it on a tiered basis depending on the concern, Wu said. She estimated that the fee would come to $5,000 or $3,500 depending on the restaurant, but the details have not been finalized.

After seeing how the program has unfolded, the city felt it necessary to look at each neighborhood and adjust plans based on specific needs. Hearing from all stakeholders, including restaurant owners and residents in these areas, is essential for moving forward, she said.

“This is not a program that the city has guaranteed for any part of our city, we’re on the third year of a pilot program," Wu said.

“To make this work in the North End we need to have a specially tailored program for our North End residents," Wu said, explaining that the layout of the neighborhood and the number of restaurants in a small area creates unique needs that other neighborhoods do not have.

Boston Mayor Michelle Wu is not backing down from her plan to charge $7,500, plus hundreds for each parking spot used, for North End restaurants to set up outdoor dining.

Wu has said the fees are necessary because there are so many restaurants in this section of the city. Restaurant owners have threatened to sue over the fee, while Wu has threatened to end outdoor dining in the North End altogether.

“That’s a little bit over the top," said Constance Abram of DePasquale Ventures. "That's too much money, it is way too much money considering no other places charge fees and that should be something symbolic in my opinion.”

“She is not going to be welcome in the North End if she doesn't walk this back,” Abram said.

Wud did not directly address the issue of the lawsuit during Tuesday's press conference.

In an editorial roundtable Monday at the Boston Business Journal, the mayor said she is considering creating a "hardship waiver" for some businesses and other measures to alleviate the $7,500 fee. 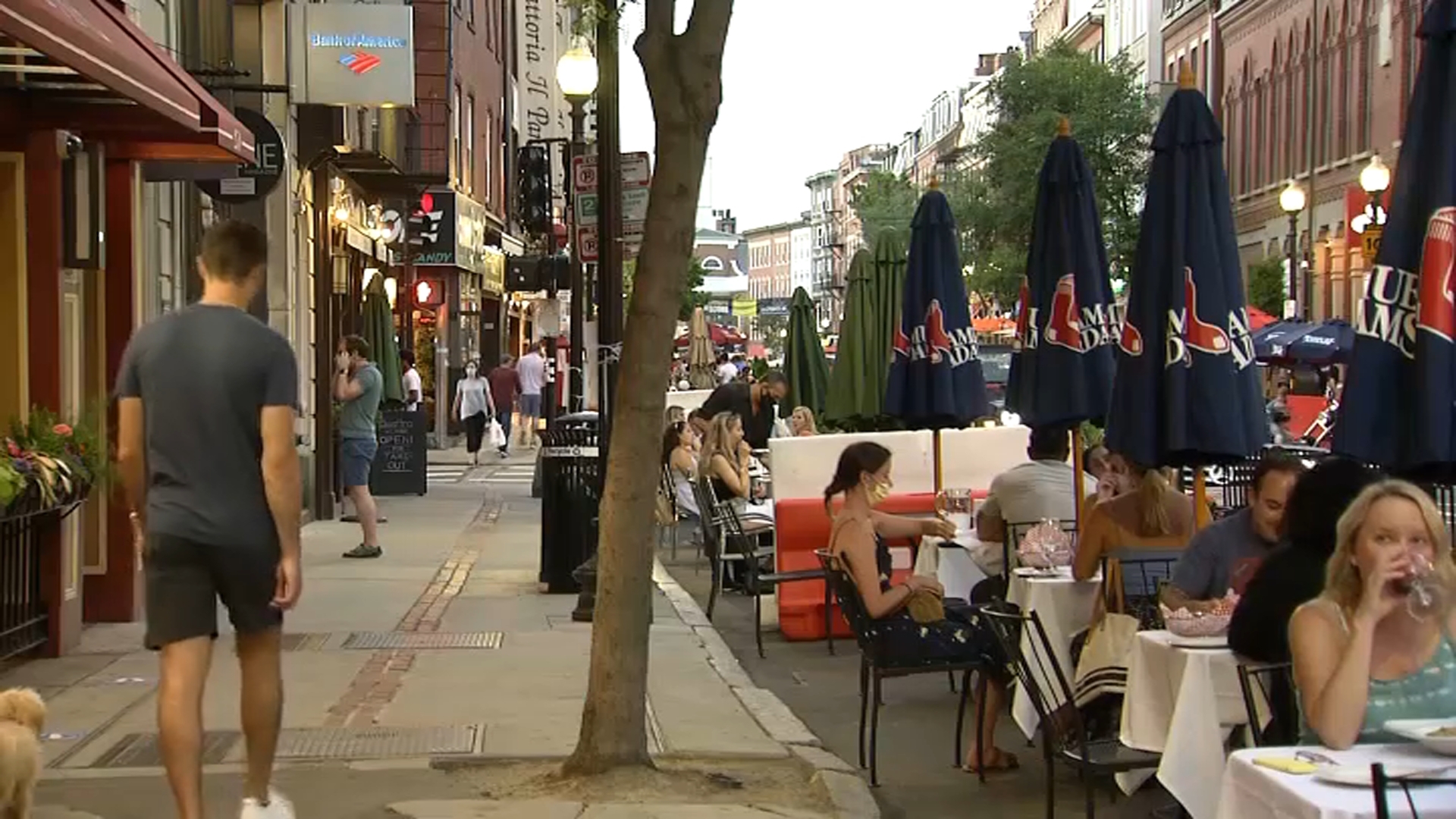