A shipwreck has emerged along the banks of the Mississippi River in Baton Rouge, Louisiana, as water levels plummet — threatening to reach record lows in some areas.

The ship, which archaeologists believe to be a ferry that sunk in the late 1800s to early 1900s, was spotted by a Baton Rouge resident walking along the shore earlier this month. The discovery is the latest to surface from ebbing waters caused by drought. During the summer, receding waters in the Lake Mead National Recreation Area revealed several skeletal remains, countless desiccated fish, a graveyard of forgotten boats and even a sunken World War II-era craft that once surveyed the lake.

“Eventually the river will come back up and (the ship) will go back underwater,” said Chip McGimsey, the Louisiana state archeologist, who has been surveying the wreck during the past two weeks. “That’s part of the reason for making the big effort to document it this time — cause she may not be there the next time.”

McGimsey believes that the ship may be the Brookhill Ferry, which likely carried people and horse-drawn wagons from one-side of the river to the other — before major bridges spanned the mighty Mississippi. Newspaper archives indicate that the ship sank in 1915 during a major storm.

But this is not the first time the low water levels have revealed the ship. McGimsey said that tiny parts of the vessel were exposed in 1990s.

"At that time the vessel was completely full of mud and there was mud all around it so only the very tip tops of the sides were visible, so (archaeologists) really didn’t see much other. They had to move a lot of dirt just to get some narrow windows in to see bits and pieces,” McGimsey said. 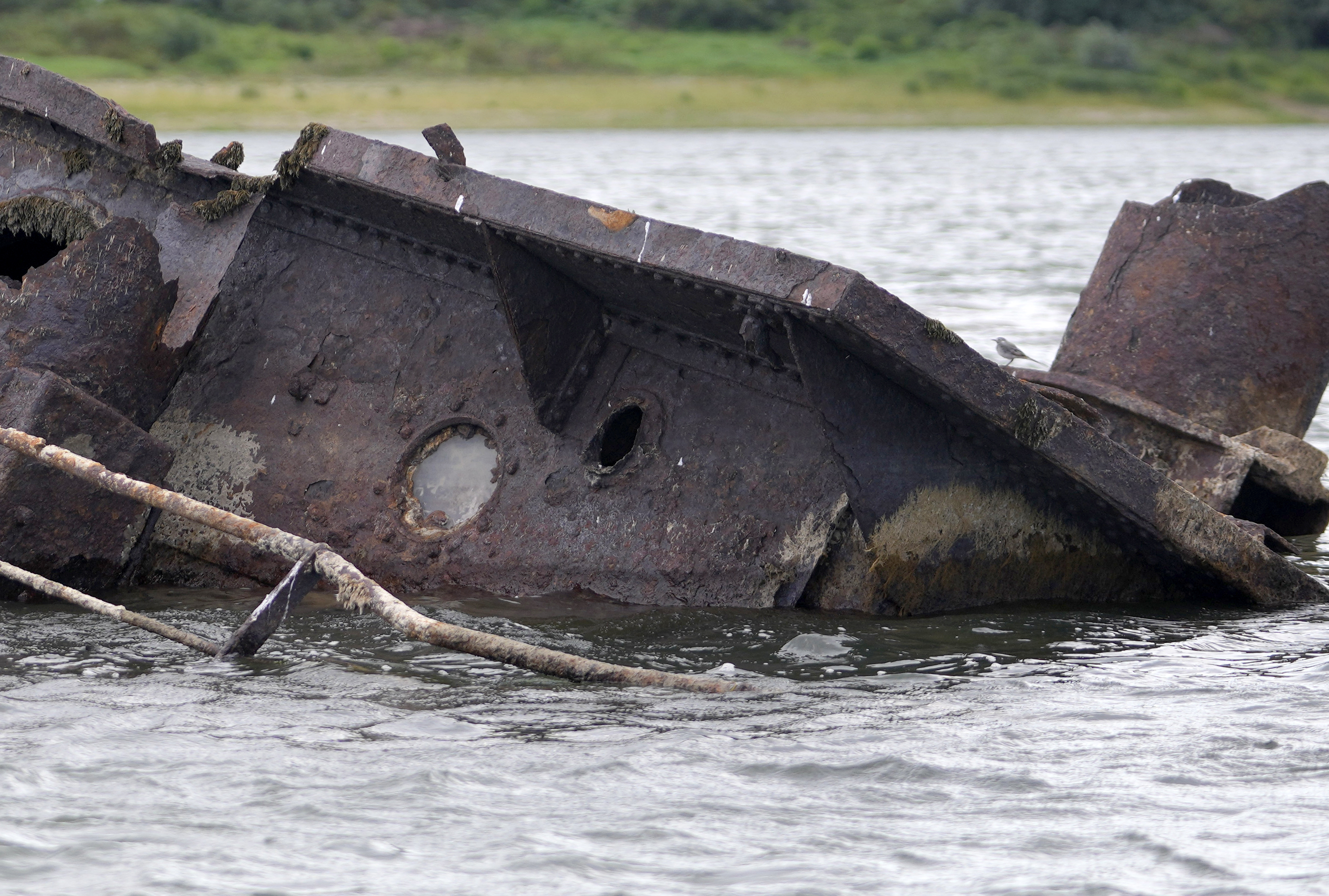 Today one-third of the boat, measuring 95-feet (29-meters) long, is visible on the muddy shoreline near downtown Baton Rouge.

But the unusually low water level in the lower Mississippi River, where there has been below-normal rainfall since late August, has also led to chaos — causing barges to get stuck in mud and sand, leading to waterway restrictions from the Coast Guard and disrupting river travel for shippers, recreational boaters and passengers on a cruise line.

In Baton Rouge the river rests at about 5-feet (1.5-meters) deep, according to the National Weather Service — its lowest level since 2012.

Water levels are projected to drop even further in the weeks ahead, dampening the region’s economic activity and potentially threatening jobs.

At Dinosaur Valley State Park in Texas, severe drought has created a rare opportunity for researchers and visitors — the chance to see and study exposed dinosaur tracks that are usually concealed under riverwater.
Copyright AP - Associated Press