The man stabbed to death at a Popeyes in Maryland Monday evening had been cutting in front of people in the line for ordering chicken sandwiches, police said.

A group of people was already in the line at the restaurant in the 6200 block of Livingston Road when Kevin Davis arrived about 7 p.m. For 15 minutes, he methodically cut in front of people to get to the front of the line, where he was confronted by another customer, Prince George's County Police Chief Hank Stawinski said.

Fifteen seconds later, Davis was stabbed outside one time by the man who confronted him, police said. 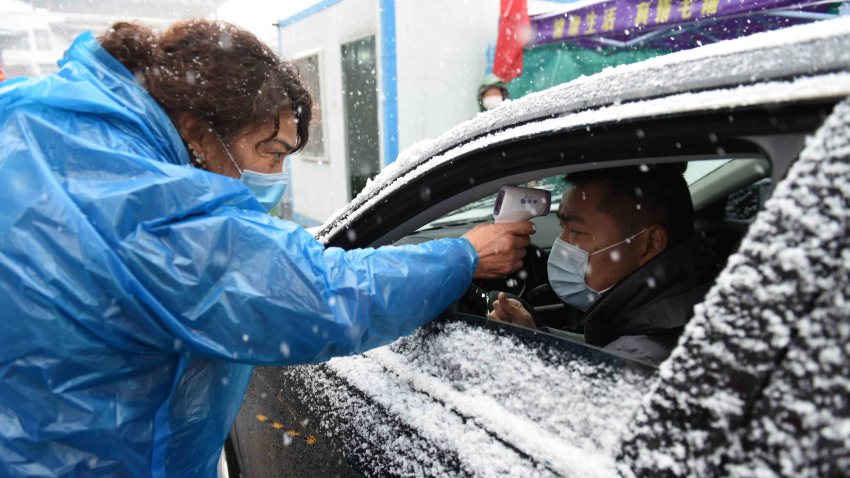 "How does a confrontation lead to a homicide in 15 seconds?" Stawinski said. "That's a question they have been working on since we stood together in that parking lot last night."

Police said the 28-year-old victim was from Oxon Hill. He died less than an hour later at a hospital.

Many children were among the large dinner time crowd at the restaurant when Davis was killed.

Investigators with the Prince George's County Police Department are calling on a suspect to surrender. They believe he left the scene in a vehicle but have no information about that vehicle.

Police released a surveillance image of the man they are looking for.

Popeyes resumed selling its chicken sandwich on Sunday. It was first released in August, and the chain credited popular demand to its supply selling out that month. Marketing around the sandwich has built a frenzy that's causing long lines and waits at the chain's restaurants.

Stawinski noted the national attention this slaying has received in less than 24 hours.

“People are asking, ‘How can something so pointless occur?’” he said.

Police spent hours at the crime scene Monday night and were trying to identify a suspect. There were many people in the restaurant at the time. Anyone with information that can help should call 1-866-411-TIPS.