Dissent Among Dems Over Response to Omar's Israel Remarks

Provocative comments from Rep. Ilhan Omar of Minnesota have thrust the Democrats into an uncomfortable debate over Israel policy a few weeks before a high-profile conference where senior Democrats typically make a show of support for the Jewish state

A meeting of House Democrats turned contentious Wednesday as some new members who helped deliver the House majority confronted leaders over a resolution implicitly rebuking Rep. Ilhan Omar of Minnesota over her comments on Israel.

In the party's weekly closed meeting, Democrats protested the way Speaker Nancy Pelosi and other leaders tried to rush out a resolution this week responding to Omar's latest remark about Israel. Omar last week suggested the Jewish state's supporters are pushing lawmakers to pledge "allegiance" to a foreign country.

The draft of the resolution condemning anti-Semitism has angered Omar's fellow freshmen and their liberal supporters. Pelosi had already said the measure would be broadened to decry anti-Muslim bias. But that didn't quiet the ranks, and the party's first major dissension broke out in an uncomfortable confrontation, according to three officials familiar with the episode, who, like others, spoke on condition of anonymity to discuss private matters.

Rep. Jahana Hayes of Connecticut complained that Pelosi left Democrats out of the loop on the resolution's details.

"My comments were about the process we are using when concerns arise," Hayes said in a statement. "As a member of Congress I should not get important information from cable news."

Two people with knowledge of the situation said Hayes was engaged in conversation with a colleague when Pelosi asked her a question. The congresswoman did not respond because she did not hear the speaker address her, these people say. Most lawmakers had left the room at the time.

Then Pelosi said, "If you're not going to listen to me, I'm done talking," according to a person in the room. 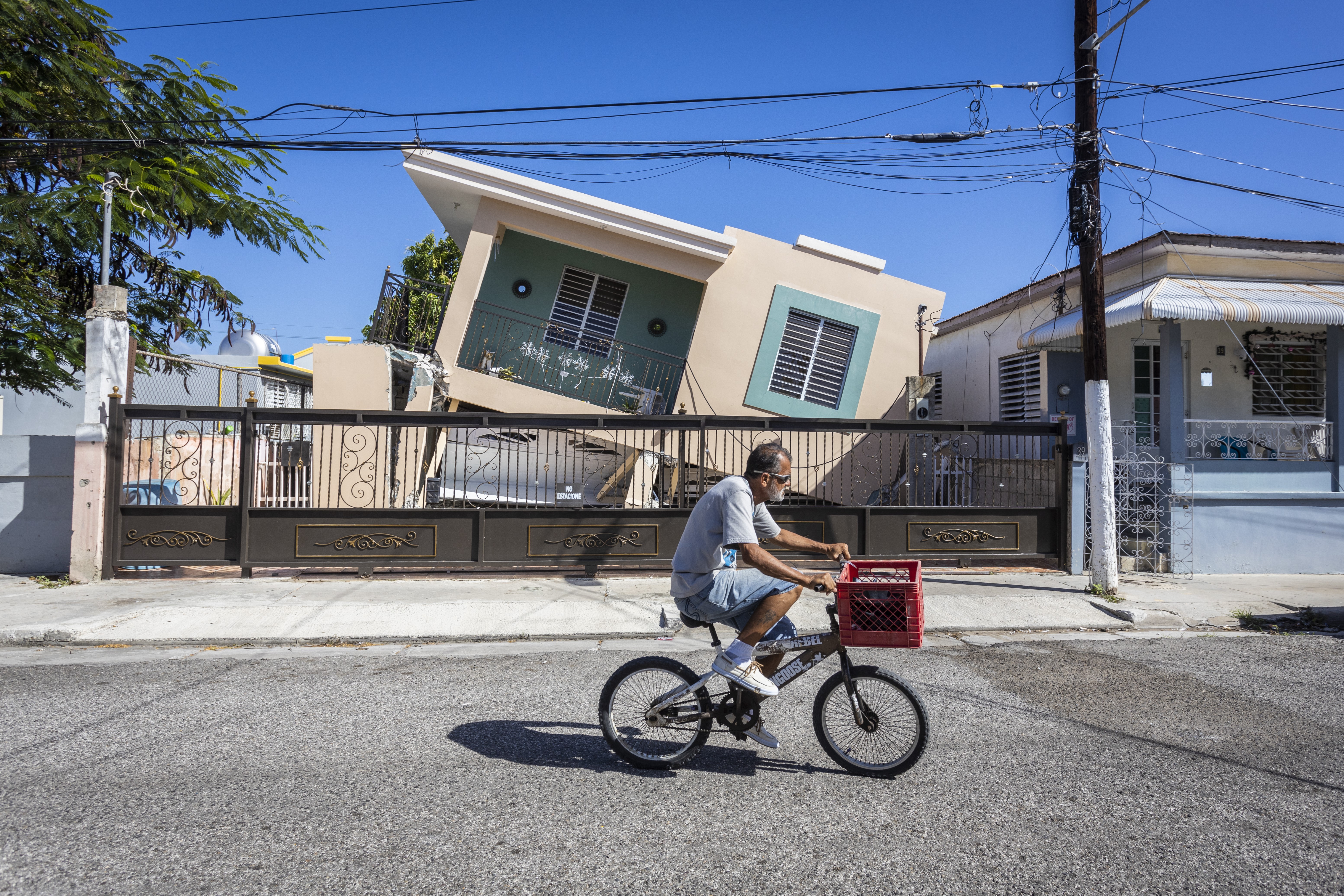 A senior Democratic aide said Pelosi had earlier acknowledged the issues and said the resolution was not final. One person in the room quoted the speaker as saying the leaders had tried to increase communication so that members stay united and have "a clearer understanding of what our purpose is as a caucus, how we proceed."

Some Democrats hugged Omar, one of two Muslim women in Congress, during the meeting, according to other officials who spoke on the condition of anonymity. She's also received powerful boosts from fellow Democratic freshmen Reps. Alexandria Ocasio-Cortez of New York and Rashida Tlaib of Michigan.

Rep. Katie Hill, D-Calif., said she spoke up in a leadership meeting earlier this week about the original draft being "reactionary" to Omar's most recent comment. The dissention over the issue, Hill said, "has been building for a while."

Many have pointed to the fact that Omar was the target of an anti-Muslim poster that appeared last week at the West Virginia Capitol in Charleston, with her picture over an image of the World Trade Center's burning towers.

"We're very concerned about that and we want that paid attention to," said Rep. Karen Bass, D-Calif. "Many members of the D caucus are concerned and concerned over the general rise in hatred that we have seen. And so we want to make clear that we make a stand against all forms of bigotry and hatred."

That sounds straightforward enough, especially for a party that has celebrated its diversity, criticized Republicans of their lack of it and bristled over racially sensitive remarks from President Donald Trump.

But much about the resolution remains up in the air, including what it will say, whether it will name Omar and whether it will get a vote on the House floor this week as Pelosi originally intended, Democrats said. Also unclear is whether Omar will get to keep her seat on the House Foreign Affairs Committee.

There was clear dissention among the Democrats on whether a resolution condemning anti-Semitism was even necessary, given that the House voted on a similar measure already.

"I'm not sure we need to continue to do this every single time," said Rep. Pramila Jayapal, the co-chairwoman of the Congressional Progressive Caucus.

The upheaval was a striking change from the heady first days of Democratic control, which installed Pelosi as speaker for the second time. Omar is among the most prominent freshman, as evidence by her appearance on the cover of Rolling Stone's March issue with Pelosi, Hayes and Ocasio-Cortez. The resolution has created friction among Pelosi and all three of the women in the photo.

Omar, one of two Muslim women in Congress, has declined to comment, but a series of remarks about U.S.-Israel policy have forced the Democrats to respond. Pelosi, House Foreign Affairs Committee Chairman Eliot Engel and other Democrats condemned Omar's remarks about divided loyalties. She did not apologize.