Despite NRA’s Might, Students Hope This Is a ‘Moment’ For Gun Law Changes

Student Chris Grady was in Marjory Stoneman Douglas High School the day a gunman killed 17 people in Parkland, Florida. On Saturday, less than two months later, Grady and his classmates will rally in Washington, D.C., to demand change to the nation's gun laws.

The March 24 rally in Washington, D.C., called March for Our Lives, has more than 800 sister marches around the world in a movement that is asking that public safety be considered an issue that transcends politics.

"People are trying to spin what we’re doing, saying we’re out to take away their Second Amendment rights," said Grady, 19. "Our main goal is to save kids' lives, people's lives. This is a public safety issue that takes place in concerts, churches, airports, not just schools." 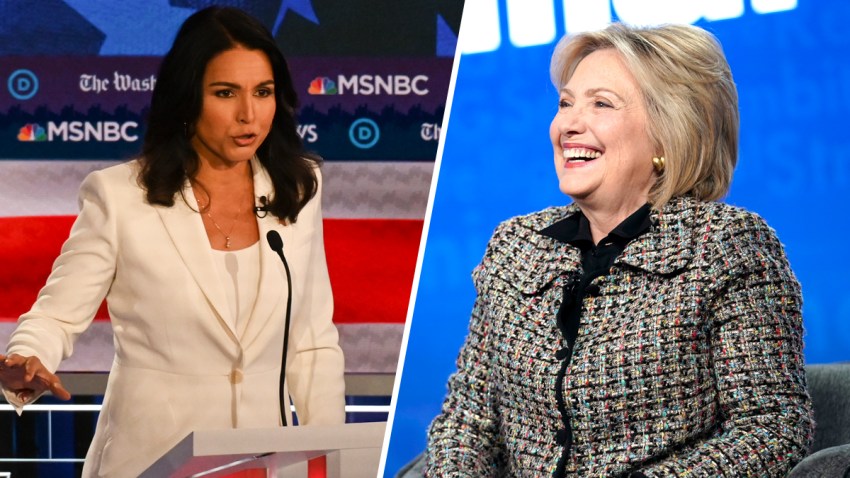 As they march and organize, the students are up against the National Rifle Association, a powerful, well-funded organization that has many decades of experience repelling proposed changes to gun laws.

But this time may be different, experts say, because of the mobilized outrage and mounting pressure on the NRA.

"It is only in moments like this when the country is roused that NRA activism can be overwhelmed, but it doesn't happen often," said Dr. Robert Spitzer, a professor at SUNY Cortland who has written extensively about gun policy.

The NRA was founded in 1871 by former Union soldiers with the intention of promoting accurate marksmanship. In 1934, the group founded a legislative division due to growing debates over gun laws. But it wasn't until 1975 that the NRA founded its lobby division, the Institute for Legislative Action, to be a direct influence on policy.

In 2016, the NRA's political arm took in $366 million, according to a the group's Internal Revenue Service filing obtained by Mother Jones. It was a fundraising record for the group.

The NRA is America's most powerful gun lobby, funding politicians who will vote to maintain loose gun measures on its behalf. And beyond financial power, the NRA has strengthened its base by ingraining the notion that guns represent American values.

The NRA says it supports the Constitution and gun rights for all Americans. But it only truly represents its base members -- nearly 5 million, according to the NRA’s website, on top of another 10 million who identify with the the group, Spitzer said.

Spitzer said the NRA maintains power through a small, highly motivated minority that wins over a "larger, but relatively apathetic majority."

"There is a general sense among some gun owners that the NRA champions their values -- not just gun ownership, but how they view the world," he said.

The organization has been thrown in a harsh spotlight after the the school shooting in Parkland, Florida. Nikolas Cruz was charged with killing 17 people at Marjory Stoneman Douglas High School on Feb. 14, using a semiautomatic rifle. The NRA was silent for a week after the shooting before going on the offensive; NRA leader Wayne LaPierre called for President Donald Trump to arm teachers and "harden our schools" as a defense against shootings.

The group has already increased its influence in schools in recent years-- the NRA has given more than $7 million to about 500 schools across the U.S. from 2010 to 2016, according to an analysis by The Associated Press. Most of the money was given through competitive grants used to promote shooting sports, including the Junior Reserve Officer Training Corps, rifle teams, hunting safety courses and agriculture clubs.

Although it’s a small portion of the $61 million the NRA has given to local groups in the same time frame, The Associated Press analysis revealed the $7.3 million was a rapid increase from previous years, nearly four-fold from 2010 to 2014. Some opponents call it a thinly veiled attempt to recruit the next generation of NRA members.

But the attempt may not inspire a generation of students who have been entrenched in an era of deadly gun use. Each year from 2000 to 2013 there was an increase in shootings, and casualties per shooting, according to a study by the Federal Bureau of Investigation.

Of the 160 situations examined by the FBI in that span, there were only four instances in which an armed civilian ended the shooting. Twenty-one of them ended after an unarmed civilian restrained the shooter -- eleven of them were principals, teachers, other school staff and students.

Everytown.org defines the incidents mapped below as any time a firearm discharges a live round inside or into a school building or on or onto a school campus or grounds, as documented by the press and, when necessary, confirmed through further inquiries with law enforcement or school officials. Incidents in which guns were brought into schools but not discharged are not included.

After the Parkland shooting, LaPierre said the NRA is happy to work with schools to make them safer. But the sentiment echoes his assertion after the Sandy Hook Elementary School shooting in 2012, when he said, "the only way to stop a bad guy with a gun is with a good guy with a gun."

The NRA did not return NBC’s request for comment.

Immediately after the shooting in Parkland, Trump took a hard line on guns and showed signs of supporting stricter gun measures. He attacked members of Congress who he said were “afraid of the NRA.” But shortly after that, the president waffled on his stance, withdrawing support for a raised minimum gun age and instead backing LaPierre’s call for armed teachers.

Aashish Kumar, the co-director at the Center for Civic Engagement at Hofstra University, said the NRA has tapped into a cultural underpinning to the gun rights movement, successfully exploiting and heightening people’s sense of urgency to own weapons. He said the increase in political engagement by young Americans can be attributed, in part, to the Trump administration.

"We're seeing students take on these leadership roles, which shows us very clearly that they’re not waiting for others to do the things they feel need to be done," Kumar said. "Parkland was a rupture in 'Politics as usual.'"

After the shooting in Parkland, public support for gun control reached its highest point in 25 years, with two-thirds of Americans wanting stricter measures, according to a Gallup Poll released in mid March. But even with a changing public opinion, the NRA has political clout to keep its agenda afloat -- during the 2016 election cycle, the group spent an unprecedented $54.4 million on key Republican candidates, including more than $30 million on Trump.

And stricter gun legislation faces an uphill battle in most states, according to a review by The Associated Press. The review deemed in unlikely for Republican lawmakers to defy the NRA to pass new regulations -- and Republicans have sponsored over 80 percent of bills to expand gun rights. The GOP controls most statehouses nationwide.

The review brings reality to the student-led gun control movement. Survivors of the Parkland shooting have been calling out the NRA on social media, on television, and pressuring politicians like Sen. Marco Rubio who have accepted donations from the gun group.

Grady said the NRA's attempts to discredit Parkland students is how they know they're getting to the gun group.

Several companies have cut ties with the NRA and some have raised the age limit to purchase a rifle to 21. Spitzer noted that it isn't the first time companies have distanced themselves from the gun group, but called the current round of severed ties "a bigger step" by damaging the NRA's image with the potential for "long-term business consequences."

While the movement was started by students, the expectation of students to change the status quo of gun policy is unrealistic without the support of the larger public against groups like the NRA, Kumar said.

"Students can only initiate that voice, show that outrage," he said. "They have been direct, honest, vulnerable -- a reminder of what it is really about."

Grady said the NRA is fully within its right to keep promoting its agenda, but doesn't believe it'll withstand the growing opposition.