A lucrative outdoor trade show that's been staged in Salt Lake City for two decades announced Thursday it will be leaving Utah over the latest disagreement with state leaders about their stance on public lands.

The Outdoor Retailer show made the announcement just hours after a conference call intended to smooth discord between industry leaders and Gov. Gary Herbert ended with both sides disappointed.

Herbert's office called it offensive that the show won't even let Utah bid for future shows after so many years of support. Utah's Democratic chairman meanwhile blamed the state's GOP's "far-right agenda" for costing the state the $45 million in direct spending the show brings annually. 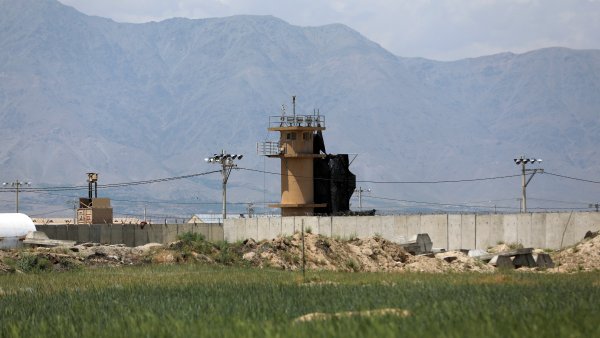 US to Keep About 650 Troops in Afghanistan After Withdrawal

Industry leaders had previously threatened to leave Utah if Herbert didn't stand down from his call for President Donald Trump to rescind the new Bears Ears National Monument. He refused to grant them their request in the conference call, triggering the decision.

"We really can't stand by this action," said Rose Marcario, Patagonia CEO. "As an industry, we're all about defending public lands."

Marcario was joined on the hourlong call by leaders from The North Face, REI and the Outdoor Industry Association.

The Bears Ears stance by Herbert and other Republican leaders was the culmination of years of actions that showed the state is more interested in seizing control of its public lands than preserving them for hiking, biking and skiing, said Amy Roberts, Outdoor Industry Association executive director.

"Our members have made it very clear they won't support the show in Utah," Roberts said.

The Outdoor Retailer show thanked Salt Lake City for its hospitality over the past two decades in the statement but said, "we are in lockstep with the outdoor community." They said Utah would not be considered in the bids from Utah for future shows.

The organization said earlier this month it would solicit bids for new host cities after three more shows in Utah through 2018, but spokeswoman Kate Lowery said Thursday they are reconsidering locations of shows this year.

Gov. Herbert's spokesman, Paul Edwards, said not letting Salt lake City even put in a bid for future shows is "offensive on many levels."

"It suggests that the political agenda instead of merit and reason has taken over the decision making at the outdoor industry association," Edwards said.

Gov. Herbert said earlier in the day prior to the call that show organizers should remember that it's been a "blessing" for them to have Salt Lake City as a host for the last two decades and it's helped the expo grow significantly.

The event has grown from 5,000 people at the first show in 1996 to about 29,000 last summer. It attracts an estimated $45 million in annual direct spending to Utah, filling hotels and restaurants during the two shows held each year.

Scott Beck, president and CEO of Visit Salt Lake, called it a disappointing end to a 20-year partnership between Utah and the show. He said he had hoped the conference call would lead to constructive dialogue.

"It's hard. We feel we've been a really, really good partner," Beck said.

House Speaker Greg Hughes, a Republican who co-sponsored the resolution calling for the monument to be rescinded, said he has no regrets.

"Today all Utahns are feeling the consequences of the far-right agenda of the Utah Republican Party," Corroon said in a statement.

Roberts said she expects cities from several states to bid on hosting future shows. Colorado Gov. John Hickenlooper recently said his state would be a good fit and a Colorado land conservation group placed playful advertisements Wednesday in Utah's two largest newspapers highlighting why the neighboring state would be a better home.