In a lengthy statement, Steve Wynn and his company both attributed the allegations to a campaign led by Wynn's ex-wife, Elaine Wynn

Wynn has been a prolific Republican donor and led the RNC's fundraising efforts during President Donald Trump's first year, helping the committee rake in more than $130 million. 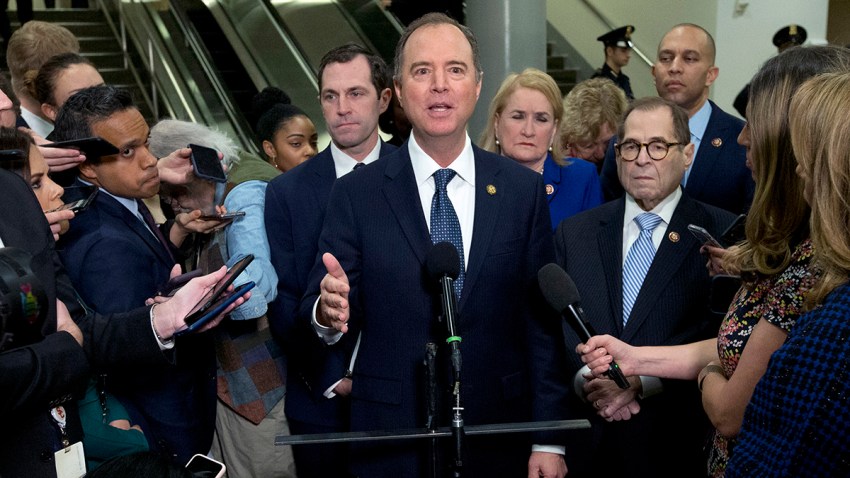 Wynn released a statement Saturday, saying: "Effective today I am resigning as Finance Chairman of the RNC. The unbelievable success we have achieved must continue. The work we are doing to make America a better place is too important to be impaired by this distraction. I thank the President for the opportunity to serve and wish him continued success."

A White House official told NBC that before Wynn’s decision was made public, President Donald Trump was made aware.

Trump spoke to McDaniel about Wynn’s future aboard Air Force One while returning from the World Economic Forum in Switzerland on Friday, and he was apprised of the final decision before it was announced publicly on Saturday, according to sources with direct knowledge of the conversation, NBC News reported.

The Wall Street Journal reported Friday that a number of women said they were harassed or assaulted by Wynn, the chairman and CEO of Wynn Resorts. Wynn has denied the allegations. One case led to a $7.5 million settlement with a manicurist, the newspaper reported.

Wynn was chosen by Trump to lead the RNC's fundraising effort, and he contributed more than $600,000 to GOP causes last year, according to the Federal Election Commission.

Since 2013, Wynn has contributed nearly $2.4 million to GOP candidates and party organizations around the country, including 2017 special election winners as well as dozens of state Republican Party committees.

The allegations against Wynn have come during a wave of sexual misconduct claims against prominent media, entertainment and political figures that gained momentum last fall after the emergence of detailed allegations of rape and harassment involving movie producer Harvey Weinstein.

During the fall, RNC officials, including McDaniel, noted that Weinstein had been a top donor for Democrats, including 2016 presidential nominee Hillary Clinton.

In early October, McDaniel tweeted that if the Democratic National Committee "truly stands up for women like they say they do, then returning Weinstein's dirty money should be a no-brainer."

The RNC has not yet said whether it will return any money donated by Wynn.