A top member of the Massachusetts Republican party is speaking out against a state committee member who criticized a gay colleague for adopting kids, though the party's chairman is staying silent -- a sign of a growing rift in the party.

MassGOP Vice Chair Tom Mountain had this message for Debbie Martell, the Republican state committeewoman who circulated emails saying the choice of gay Republican congressional candidate Jeffrey Sossa-Paquette and his husband to adopt sickened her: "I told her you must resign, it's over, goodbye."

Mountain added, "What she did was wrong. It was immoral. We don't have any room in the party for such things. And I'm not going to put up with it."

Mountain's actions stand in contrast to the MassGOP chairman, Jim Lyons, who Sossa-Paquette said responded to his pleas to stop the committeewoman's emails by saying he did not want get involved.

"Since no message was forthcoming, then the vice chair has to step in and fill the void and, quite frankly, do the right thing," Mountain said.

Asked if he'd spoken to Lyons about this, Mountain said, "No. He never returns my calls and I am the vice chair.

A Massachusetts Republican is under fire after she allegedly wrote that she was "sickened" that a GOP congressional candidate had adopted children with his husband.

This obvious rift in leadership shines a bright light on a growing divide in the Republican state party, with some members uncomfortable with what they see as a growing extremism versus those trying to shut out the more moderate members of the party - including popular Gov. Charlie Baker.

Some in the party are calling for Baker to be primaried if he chooses to run again, which Mountain confirmed, but hopes doesn't happen.

"If Charlie Baker does decide to run and is primaried … we will lose the corner office," Mountain said.

If he is not challenged in the primary? Mountain predicted, "He will win. As well he should win."

Lyons, an outspoken critic of Baker, would likely disagree, though neither he nor Martell responded to requests for comment.

Lyons was reelected a few months ago for a two-year term. But under his leadership, the party has lost seats in the legislature and has less cash in the coffers.

Asked if Lyons still has the confidence of the party, Mountain said, "Well, we'll see." 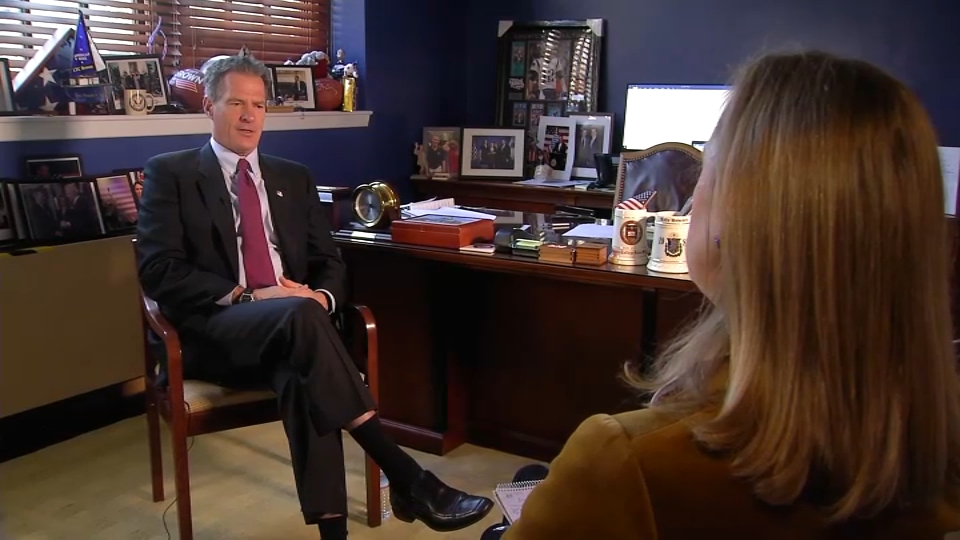