Saying He Misspoke, Trump Backs Off Siding With Russia Over US Intelligence

Trump had been rebuked as never before by his own party

Blistered by bipartisan condemnation of his embrace of a longtime U.S. enemy, President Donald Trump backed away from his public undermining of American intelligence agencies, saying he simply misspoke when he said he saw no reason to believe Russia had interfered in the 2016 U.S. election.

Rebuked as never before by his own party, including a stern pushback from usually reserved Senate Majority Leader Mitch McConnell, the U.S. president sought to end 27 hours of recrimination by delivering a rare admission of error.

"The sentence should have been, 'I don't see any reason why I wouldn't, or why it wouldn't be Russia'" instead of "why it would," Trump said Tuesday of the comments he had made standing alongside Vladimir Putin on the summit stage in Helsinki. 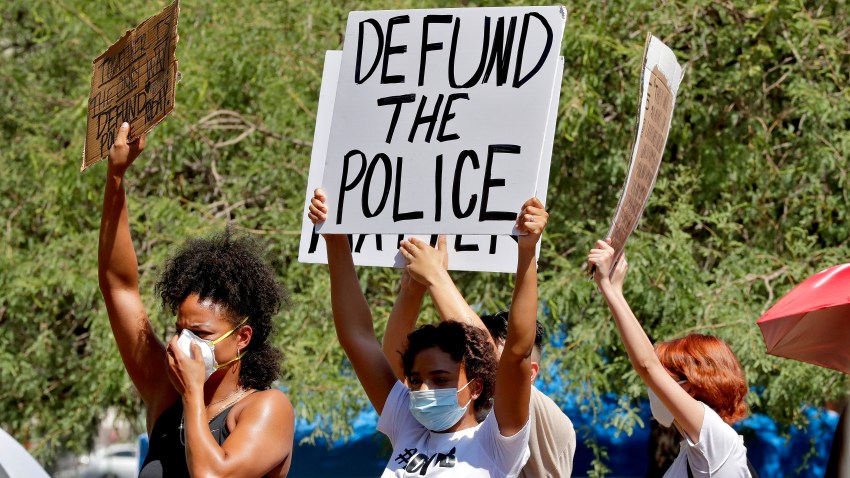 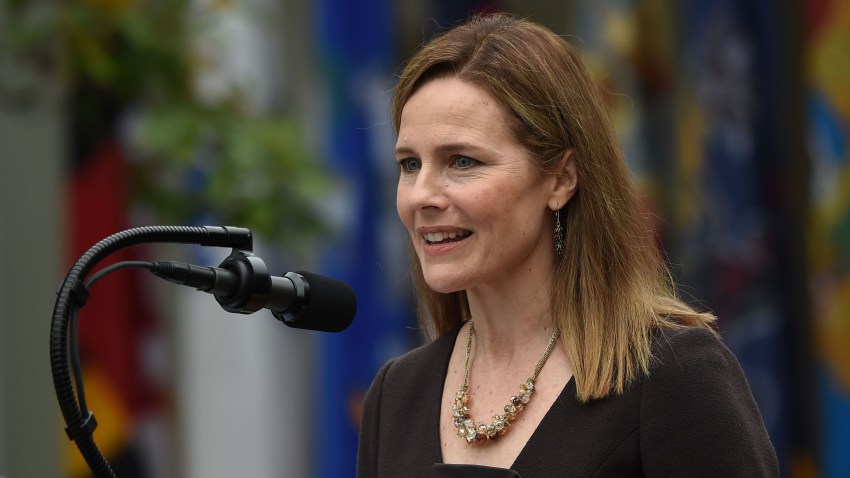 Faith Group Deletes Mentions of Barrett From Its Website

That didn't explain why Trump, who had tweeted a half-dozen times and sat for two television interviews since the Putin news conference, waited so long to correct his remarks. And the scripted cleanup pertained only to the least defensible of his comments.

He didn't reverse other statements in which he gave clear credence to Putin's "extremely strong and powerful" denial of Russian involvement, raised doubts about his own intelligence agencies' conclusions and advanced discredited conspiracy theories about election meddling.

He also accused past American leaders, rather than Russia's destabilizing actions in the U.S. and around the world, for the souring of relations between two countries. And he did not address his other problematic statements during a week-long Europe tour, in which he sent the NATO alliance into emergency session and assailed British Prime Minister Theresa May as she was hosting him for an official visit.

"I accept our intelligence community's conclusion that Russia's meddling in the 2016 election took place," Trump conceded Tuesday. But even then he made a point of adding, "It could be other people also. A lot of people out there. There was no collusion at all."

Yet on Wednesday, Trump continued to insist the Russia meeting was well-received, tweeting, "So many people at the higher ends of intelligence loved my press conference performance in Helsinki. Putin and I discussed many important subjects at our earlier meeting. We got along well which truly bothered many haters who wanted to see a boxing match. Big results will come!"

Vice President Mike Pence and Secretary of State Mike Pompeo had a private conversation with Trump to urge him to make clarifications on the comments from the news conference in Helsinki, a source familiar with the conversation told NBC News.

Moments before the walk-back, McConnell felt the need to reassure America's allies in Europe with whom Trump clashed during his frenzied trip last week.

With no if's or but's, the GOP leader declared, "The European countries are our friends, and the Russians are not."

Senate Democratic leader Chuck Schumer said Trump was trying to "squirm away" from his comments alongside Putin. "It's 24 hours too late and in the wrong place," he said.

By dusk, hundreds of activists, led by attorney Michael Avenatti and actress Alyssa Milano, staged a protest near the White House, with chants of "traitor!" echoing along Pennsylvania Avenue.

Trump still maintained that his meetings with NATO allies went well and his summit with Putin "even better." But this reference to diplomatic success carried an edge, too, since the barrage of criticism and insults he delivered in Brussels and London was hardly well-received.

Later Tuesday, Trump tweeted, "The meeting between President Putin and myself was a great success, except in the Fake News Media!"

On Capitol Hill, top Republican leaders said they were open to slapping fresh sanctions on Russia, but they showed no sign of acting any time soon.

"Let's be very clear, just so everybody knows: Russia did meddle with our elections," said House Speaker Paul Ryan, another steady Trump political ally. "What we intend to do is make sure they don't get away with it again and also to help our allies."

In the Senate, McConnell said "there's a possibility" his chamber would act, pointing to a bipartisan measure from Sen. Marco Rubio, R-Fla., and Sen. Chris Van Hollen, D-Md., to deter future Russian interference by ordering sanctions against countries if they do.

Both parties called for Pompeo and other officials to appear before Congress and tell exactly what happened during Trump's two-hour private session with Putin. Pompeo is to publicly testify before the Senate Foreign Relations Committee on July 25.

Schumer also urged the Senate to take up legislation to boost security for U.S. elections and to revive a measure passed earlier by the Judiciary Committee to protect Special Counsel Robert Mueller's investigation into Russian election interference.

But minority Democrats have few tools to enforce anything.

In the House, Democratic leader Nancy Pelosi staged a vote Tuesday in support of the intelligence committee's findings that Russia interfered in the 2016 election. But even that largely symbolic measure was blocked party-line by Republicans.

Senators had floated a similar idea earlier, and Republican Jeff Flake of Arizona said he was preparing a bipartisan bill. But The No. 2 Republican, Sen. John Cornyn of Texas, said sanctions may be preferable to a nonbinding resolution that amounts to "just some messaging exercise."

Trump's meeting with Putin in Helsinki was his first time sharing the international stage with a man he has described as an important U.S. competitor — but whom he has also praised a strong, effective leader.

Standing alongside Putin, Trump steered clear of any confrontation with the Russian, going so far as to question American intelligence and last week's federal indictments that accused 12 Russians of hacking into Democratic email accounts to hurt Hillary Clinton in 2016.

"I have great confidence in my intelligence people, but I will tell you that President Putin was extremely strong and powerful in his denial today.

"He just said it's not Russia. I will say this: I don't see any reason why it would be," Trump said. That's the part he corrected on Tuesday.

Administration aides described being stunned by his initial remarks Monday. GOP leaders, outraged by Trump's comments in Helsinki, found out about his attempts to quell the outrage the same way everyone else did, as one aide put it, by watching and learning.

After his walkback, Trump said his administration would "move aggressively" to repel efforts to interfere in American elections.

"We are doing everything in our power to prevent Russian interference in 2018," he said. "And we have a lot of power."

Fellow GOP politicians have generally stuck with Trump during a year and a half of turmoil, but he was assailed as seldom before as he returned from what he had hoped would be a proud summit with Putin.

Kentucky Sen. Rand Paul emerged as one of the president's few defenders. He cited Trump's experience on the receiving end of "partisan investigations."

Back at the White House, Paul's comments drew a presidential tweet of gratitude: "Thank you @RandPaul, you really get it!"