Patriots coach Bill Belichick denied a report Wednesday that he refused to meet with Tom Brady before the legendary quarterback left New England to join the Tampa Bay Buccaneers.

According to an excerpt from ESPN senior writer Seth Wickersham’s upcoming book, “It’s Better to Be Feared,” before Brady departed he reportedly wanted to say goodbye to Belichick in person, but the Patriots head coach said he wasn’t available.

Wickersham elaborated in a live discussion with NBC Sports Boston and NBC10 Boston.

"You just had these forces that just seemed like they couldn't be sustained forever," Wickersham said. "And one of them was Tom Brady, his desire to play till he was 45 years old, to test every boundary, and to be a relentless positive thinker, and … once he had accumulated a certain amount of astute football knowledge, to want to be more than just a quarterback in an organization."

In Wickersham's view, that clashed increasingly with his head coach's style.

"And then you have Bill Belichick, who, obviously, can run an emotionless ship, where every player except for Tom Brady, and maybe Rob Gronkowski, has managed to be dispensible," Wickersham said.

With neither Brady nor Belichick backing down — the coach is 69 and said previously he wouldn't be seen on the sidelines in his 70s — the marriage could not continue.

"Both of these guys have ignored every offramp you possibly could," Wickersham said. "When you look at the dynamic and stuff in professional sports, that was never going to last forever, and it was kind of a miracle that it lasted as long as it did."

Earlier, Belichick was steadfast in his denial of Wickersham's report.

More from the new book, 'It's Better to Be Feared' 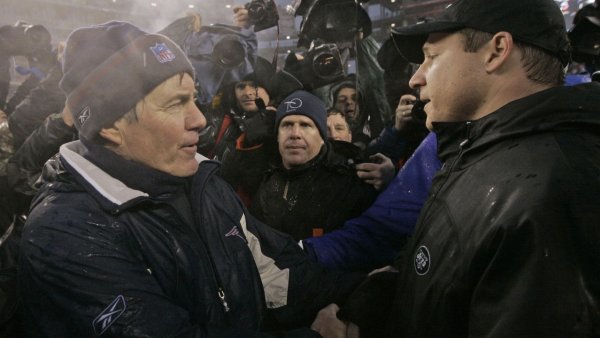 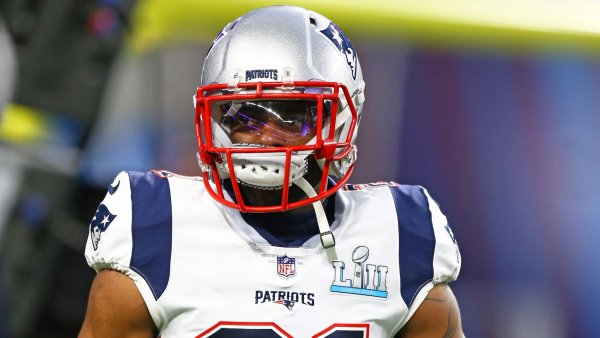 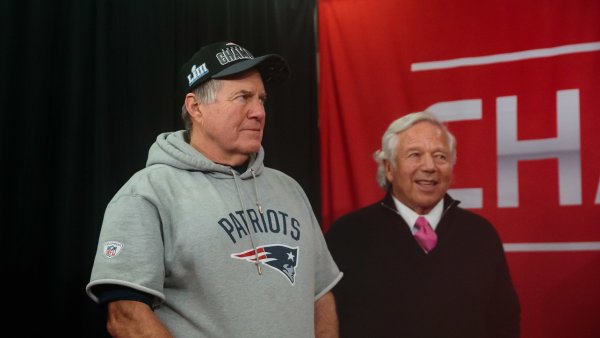 Belichick had nothing but positive things to say about Brady and Rob Gronkowski ahead of Sunday's big matchup with Tampa Bay.

"We know some of their players well," he said. "Tom, Rob, players like that. Certainly Rob and Tom have done a lot for this organization and for me. I appreicate everything they've done, I have a lot of respect for them, but this Sunday, we're on opposite sides of the field. We'll do what we can to not make them enjoy the night and I'm sure they'll do the same to us."

Belichick said nothing Brady does surprises him, and if anyone can play until 50, as Brady has suggested he might, it will be his former quarterback.

The Patriots coach was also asked Wednesday if Brady is tough to defend, a question he couldn't seem to believe he'd just been asked.

"Yeah, he's as tough as any quarterback who is or ever has been. He's done more than any other player at that position, whatever measurement you want to take... There are not too many that are tougher than him."

Belichick was also asked about his message to any Patriots fans wondering why Brady isn't still in New England, but refused to bite.

"All that is in the past right now," he said. "I am going forward."

Earlier this week, Belichick said on WEEI's The Greg Hill Show that the Patriots "weren't as good of an option as Tampa" during Brady's free agency following the 2019 season, leading to his departure from the only franchise he'd ever played for over 20 NFL seasons.

"You’d have to ask him [Brady] about all that," Belichick said. "But that really wasn’t a question about not wanting him -- that’s for sure."

Sunday will mark the first, and quite possibly last time that Brady plays against Belichick. Under the NFL's current scheduling template, the Patriots and Buccaneers aren't guaranteed to play again until 2025 in Tampa or until 2029 in Foxboro.

However, due to the inclusion of a 17th regular season game, the teams could possibly cross paths before then based on their respective finish in the standings in 2022. The AFC East and NFC South are scheduled to face one another in a 17th game in 2023, with division winners from the previous season facing one another, second place finishers facing second place finishers, etc.

Mac Jones is also scheduled to speak around 4:30 p.m. Wednesday, along with other Patriots players. 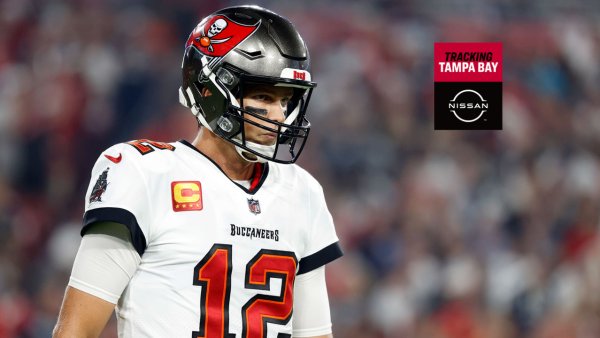 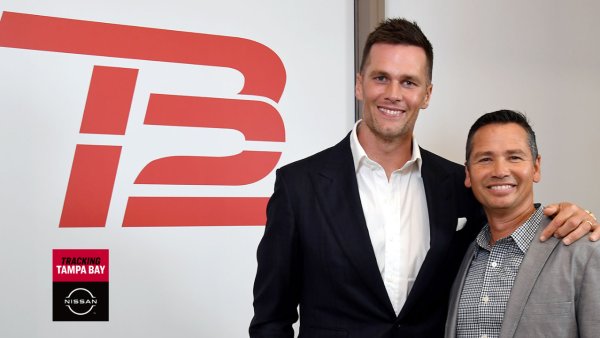 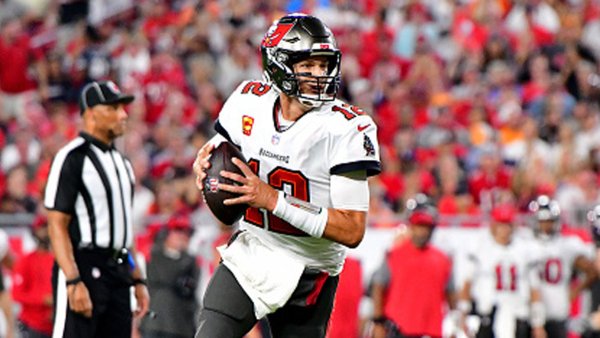