BU Alum Sammy Davis Is Ready for Pro Hockey — and a Degree From Mass. General

"It's kind of crazy, hockey led me to my career after hockey"

In this installment of 10 Questions with NBC10 Boston, we spoke with Sammy Davis, who could be the next star of the Boston Pride women's hockey team.

The Pembroke native gets to continue living in her home state when she starts in the National Women's Hockey League -- she was drafted No. 1 overall this year -- and she gets a doctorate at Massachusetts General Hospital. She talked about all that in our conversation, plus she shares what number she plans on wearing next season.

NBC10 Boston: You started figure skating at the age of 5. How did you make the transition to a sport as intense as hockey?

Sammy Davis: I think my siblings paved the way. I have a twin brother and he was playing. My sister was playing and I was the only one in the family that was figure skating. I just switched over so my brother and I started playing together. I played on a boys team growing up so it was really nice having a twin brother to watch over [me] and protect [me].

A lot of times kids try to go far away for college. Why did you decide on Boston University?

I went to school near the Cape, I went to Tabor [Academy], so I moved out of my house when I was about 14. I was close to home, but I was away from home for so long. I always wanted to play for Boston, I wanted to play for a school in Boston. I think that’s why it was so ideal to go to BU. It was just the perfect fit.

I’m really close to my family. I love how my family and extended family get to come to the games. I think that’s what really gravitated me towards staying so close to home.

You had a very successful season when you returned from that hip injury after your junior year. What was the mental comeback like for you?

Hockey is a really tough sport. What I thought about coming back into the game, I was just like, ‘Go play hockey and go have fun. You work so hard and you put in all this work, just go out and play.’ I think I just really enjoyed hockey for hockey.

Hannah Donnelly is taking the ice with Boston Pride, one of the founding teams of the <p><a href="https://www.nwhl.zone">National Women's Hockey League</a> </p>, to learn how the league and team success is growing.

Where were you when you found out you were drafted No. 1 overall in the 2020 National Women's Hockey League draft?

I was at home when they told me and then I told my parents. My parents didn't grow up playing hockey. They're still learning along with me. They knew what the NWHL was and we went to some games but I guess they didn't really know [much about it]. My mom and dad are just really excited to watch and play hockey again in Boston.

You’ve been a student-athlete for your entire life and that’s not ending. What went into the decision to pursue a doctorate in occupational therapy?

My sophomore year, we were practicing one day and were on a power play. I was in front of the net, but the past few years I had been playing on the flank. One of my linemates took a slap shot and it hit my hand. I had to rush over and get an X-ray. It was such a freak accident. I had to go see a hand surgeon and then an occupational therapist. It's kind of crazy, hockey led me to my career after hockey.

I knew I was going to continue playing ice hockey and I knew I was going to go to Massachusetts General Hospital. The decision to go to MGH kind of just like fell onto my lap. I ended up getting in. It was the most ideal situation for me to get my doctorate, pursue a career and also [play] hockey. It really just all worked out. I don't do anything halfway. I know it's going to be hard, but I have my friends, family and teammates that will support me.

How do you plan on transitioning from hockey to occupational therapy when you get your degree?

Honestly, I haven't thought about it. I don't want hockey to end. I'm trying not to identify so much with hockey now, because I know I have more to bring to the table. Everybody does. I would love to work at, like, a hospital or, like, an outpatient clinic.

I'm having a hard enough time transitioning out of BU and knowing I'm not going to be going back [during the coronavirus crisis]. I think everybody's struggling with that right now. I'm struggling with not seeing my old teammates. I know I have new teammates, but it's hard not really getting closure. I feel like I haven't had that yet.

Your new team, the Boston Pride, went 23-1 this past season and were scheduled to host the Isobel Cup championship game. Do you have a sense of how they have been coping with not being able to finish the season?

I talked to the general manager [Karilyn Pilch] and they do a lot of virtual calls. I think they're trying to stay as connected as they can. It's hard. I think that we're all just really trying to support each other. Being able to connect with your friends and just tell them you're there for them and be able to talk through everything that's going on. I think that they're just trying to stay connected and have each other's backs which right now we need.

What number will you play with for the Boston Pride?

I just decided the other day and I guess I'll say here -- I hope I don't get in trouble. I decided on number 19.

No. 16 [her number at BU] wasn't available, but ... I think that getting a new number is a new journey. It's a new path. I try not to stay attached to my last number. That was my BU career and now I'm on a different path. There were a few numbers left and I've never really seen myself in the 20s [or higher] but I also have never seen myself as single digit. So I was like, alright, I have to compromise a little bit.

Knowing you’ve lived in Massachusetts your entire life, if there was one city or country you could live in where would that be?

I love the sun. I went to Saint John with my family. I would love to live on an island. But then, also, I went to South Africa this past summer, and I like absolutely loved it. I would like to love to go back. I could definitely see myself on an island somewhere someplace nice and warm. Maybe be an [occupational therapist] there.

You mentioned your identity has always been very much aligned with you being a hockey player. How would you identify yourself if you weren't Sammy Davis, the hockey player?

I always say if I didn't have sports, I don't think I would be the same person. I don't even think I would maybe be an [occupational therapist] if it wasn't because of hockey. Honestly, I think sports have given me so much more than that identity. It's given me opportunities to expand who I am. I think I just have to give it credit that it was able to give me so much more. 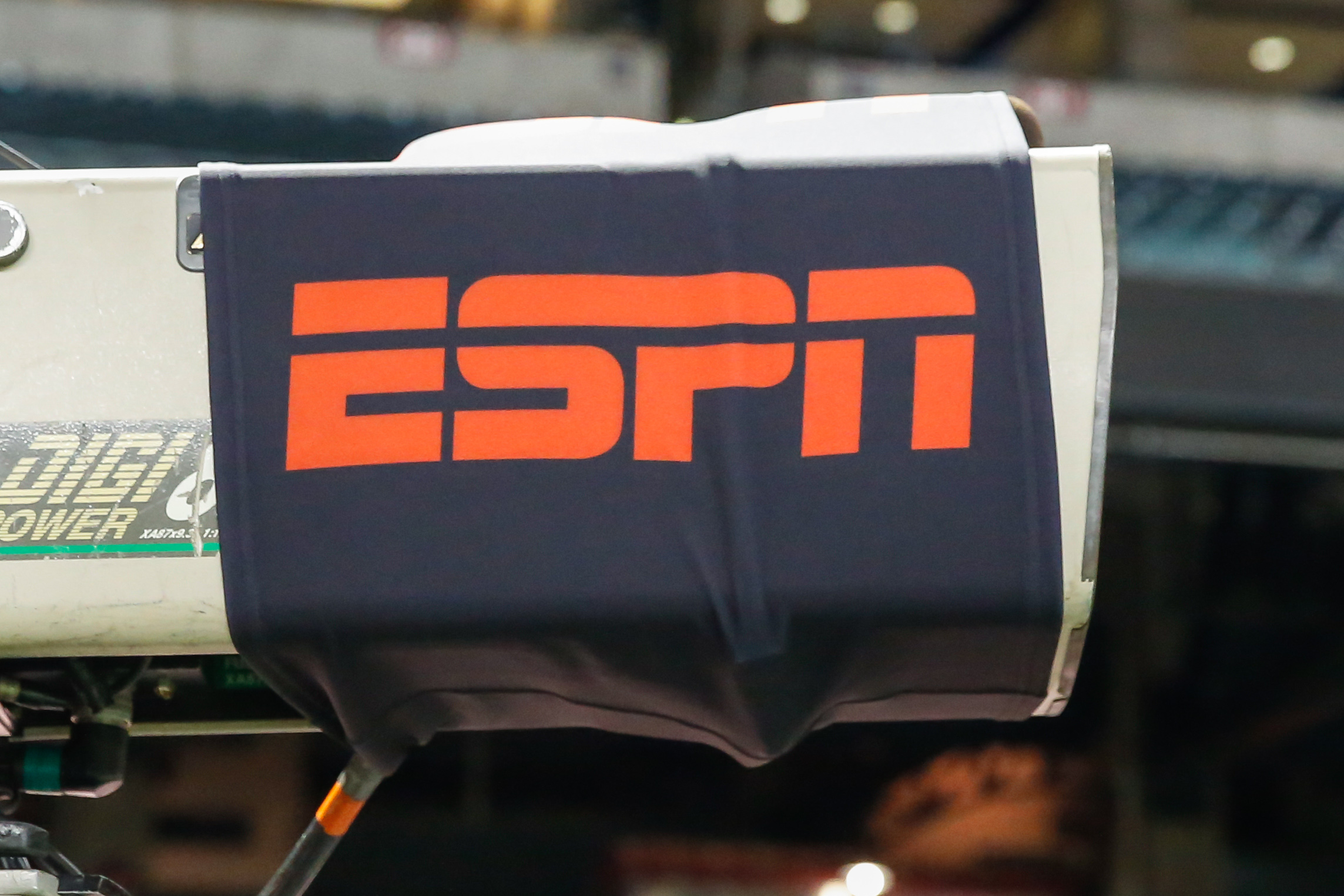 ESPN Scrambling to Figure Out Programming With Live Sports Shut Down