Patriots Stumble Away Division Lead in Home Loss to Bills

The AFC East no longer runs through Foxboro.

The Patriots no longer control their own destiny in their divisional race with the Buffalo Bills following a 33-21 loss at Gillette Stadium on Sunday, which moves the Bills back atop the division despite the team's sharing identical 9-6 records. Buffalo's 4-1 record within the division tops New England's 3-2 mark.

Josh Allen shined for the Bills, completing 30 of 47 passes for 314 yards and three touchdown passes, in addition to a team-leading 64 yards rushing on 12 carries.

Mac Jones, meanwhile, had one of the worst games of his young career, completing only 14 of 32 passes for 145 yards and two interceptions -- though one came on a tipped pass and the other came on New England's final offensive play of the game, a desperate heave towards the end zone on fourth and long while trailing by 12.

Nevertheless, it was the second straight game for Jones with multiple interceptions after having just one such outing over his first 13 starts, and the 31.4 passer rating he recorded Sunday registers as the worst of his career.

The Bills scored on their first possession following a Patriots punt, with Allen connecting with Isaiah McKenzie -- filling in for the unvaccinated Cole Beasley, who missed the game due to health and safety protocols -- for a 3-yard touchdown pass with 6:37 left in the first quarter.

McKenzie, in his fifth NFL season, had career-highs in both receptions (11) and yards (125) for Buffalo.

New England responded with the first of three Damien Harris touchdown runs with 14:28 remaining in the second quarter, this one a 16-yard burst, but the Bills went back ahead before the half, 17-7, on a Tyler Bass 25-yard field goal and a Stefon Diggs 12-yard touchdown reception. 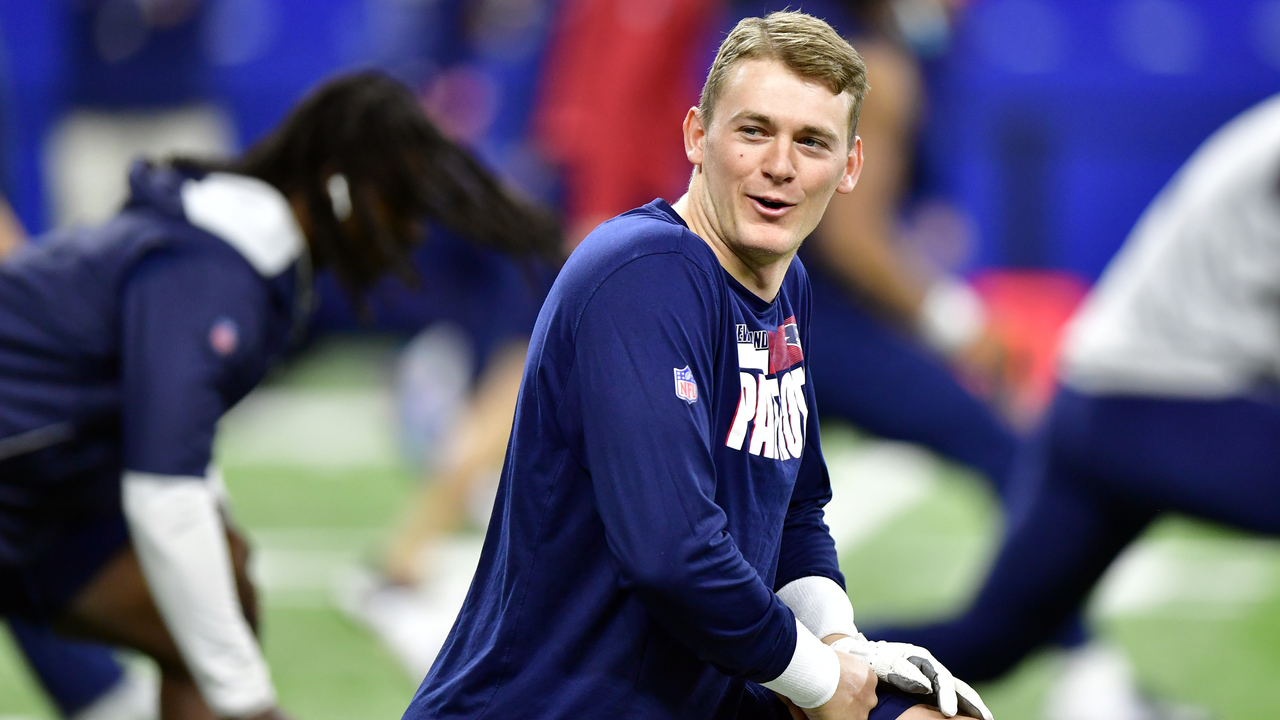 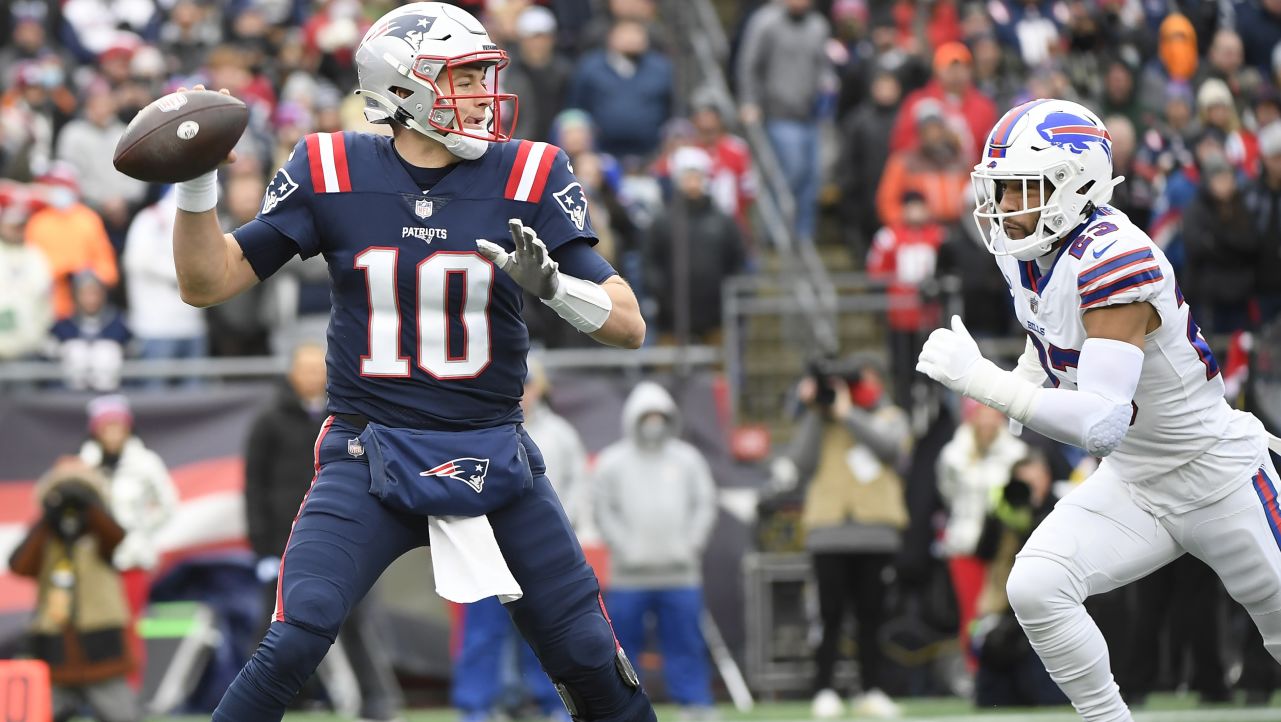 Bass kicked a 34-yard field goal to extend Buffalo's lead in the third quarter to 20-7 before Harris had a 1-yard touchdown run with 1:41 left in the third.

Devin Singletary's 2-yard touchdown run increased the Bills' edge to 26-14 (the ensuing two-point conversion failed) with 11:42 to go in regulation, but New England responded on an 8-yard rush from Harris for a 26-21 deficit with 7:35 left.

Allen shoveled a pass to Dawson Knox from 2 yards out with 2:30 remaining, helping Buffalo to a 33-21 lead.

Harris finished with 103 yards rushing, his fifth game of the season over the century mark, and his three rushing touchdowns were a career-best. Harris is up to 12 touchdowns on the season, the most for a Patriots running back since LeGarrette Blount's team-record 18 rushing touchdowns in 2016. Cam Newton had 12 rushing scores in 2020 at quarterback.

Though both teams were excellent on fourth-down conversion attempts -- Buffalo was 3 for 4, New England was 5 for 6 -- the game was in many ways won by the Bills on third downs: Buffalo converted 6 of 12 third downs, New England just 1 of 10.

The Patriots have their final home game of the regular season next Sunday against the Jacksonville Jaguars and 2021 No. 1 overall draft pick Trevor Lawrence at Gillette Stadium at 1 p.m. Their regular season finale is on Sunday, January 9 on the road against the Miami Dolphins.

The Bills, meanwhile, close with home games against the Atlanta Falcons and New York Jets. If Buffalo wins out, they'll win the AFC East for a second year in a row. Should the Patriots win out and the Bills lose at least once, they can reclaim the division they won 17 times in 19 seasons between 2001 and 2019.