Could Patriots CB Stephon Gilmore be the team's first-ever Defensive Player of the Year?

Individual accolades get overlooked by the success of the team — rightfully so, when it comes to the Patriots' dynasty of the 21st century.

Beyond the six Super Bowl titles are countless Pro Bowl nominations, First Team All-Pro nods and Tom Brady's three league MVP honors. One notable box hasn't yet been checked off, but it sure feels like that's about to change.

Following his two-interception performance in Cincinnati on Sunday, Stephon Gilmore should be considered the frontrunner for the NFL Defensive Player of the Year award.

Gilmore, an All-Pro last season for New England, has been even better in 2019. He's tied for the league lead in interceptions, with six, returning two of them for touchdowns. He leads the NFL in passes defended, as well, with 18.

Opposing quarterbacks who continue to target Gilmore are merely doing so out of desperation. He's been targeted 84 times through 14 games, none of which have resulted in a touchdown – the most targets of any player leaguewide without allowing a score. When throwing in his direction, quarterbacks have a 12.2 passer rating on the season.

Joejuan Williams is all aboard the Gilmore for DPOY train, tweeting as much on Sunday.

"I'm obviously biased cause I play with him, but yeah," Jarrett Stidham said in the locker room on Tuesday. "He's a really good corner, he's got great ball skills. He can read receivers really well. It's fun going against him every day. He's one of the best there is. You get to see him do things on a daily basis."

Perhaps the only thing Gilmore has going against him in his quest to become the first player in franchise history to earn DPOY honors is a seeming bias against defensive backs. No defensive back has been named DPOY since safety Troy Polamalu for the Steelers in 2010, and no cornerback since Charles Woodson for the Packers in 2009. 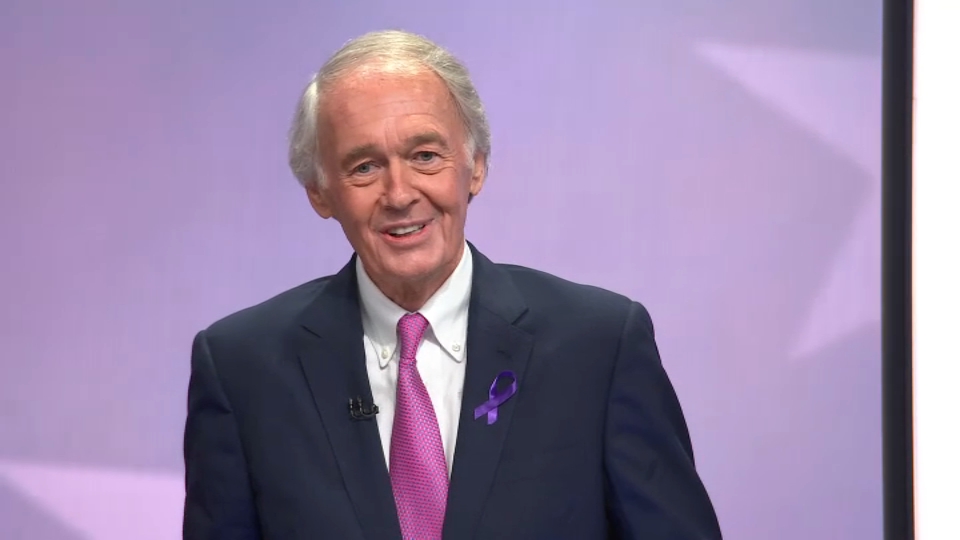 Only five corners have won the award in all since its creation in 1971, none more than once — not even Deion Sanders.

Gilmore has most certainly been good enough to end the drought at corner. While he hasn't exactly been lined up against 2007 Randy Moss or 1995 Jerry Rice every week, Gilmore has shut down basically every challenge thrown his way. Amari Cooper, who's tied for eighth in the NFL in receiving yards with 1,073, was held without a catch against Gilmore and New England in Week 12.

DeAndre Hopkins, sixth with 1,142 yards, had a pedestrian five-catch, 64-yard outing vs. Gilmore in Week 13. Other top receivers in the league such as Odell Beckham Jr. (five catches, 52 yards) and Sammy Watkins (four catches, 50 yards) were likewise held in check by Gilmore.

"Steph works extremely hard, but I think he'd be the first one to tell you that at the position he plays, you're only as good as your last play or your last game," Bill Belichick said in a conference call Monday. "So, whatever did or didn't happen some other week or in the past is really meaningless for this game, and it's about this week's matchup, and that can turn in a hurry."

Another thing Gilmore has in his favor is that he's a member of the league's top defense. New England's secondary, in particular, has been one of the top position groupings in the league, limiting opposing quarterbacks to a 57.4 passer rating — the top mark in the NFL by nearly 20 points.

"I think there's plenty of [Defensive Player of the Year] candidates on this team," third-string quarterback Cody Kessler noted.

Voters have tended to look favorably upon players who are members of playoff teams, too. JJ Watt was the last player on a non-playoff team to win DPOY, in 2014, and the Texans still finished a respectable 9-7. Not since 2006 as a player from a losing team won DPOY: old New England nemesis Jason Taylor, then with the Dolphins.

Both Watt and Taylor were sack artists, among other things, in the years they won the award. Watt recovered five fumbles on top of 20.5 sacks and also had an interception return for a touchdown, while Taylor had a league-high nine forced fumbles and two defensive touchdowns to go along with 13.5 sacks.

The NFL's two sack leaders to date in 2019 are Shaquil Barrett (16.5) and old friend Chandler Jones (15), each of whom are tied for the league lead in forced fumbles as well, with six. Thing is, they're playing for teams with horrible defenses in Tampa Bay (7-7) and Arizona (4-9-1). The Bucs and Cardinals are tied for 30th in the league in scoring defense, while Tampa is a middling 15th in total yards allowed and Arizona is dead last.

For as much of an impact as they've made as individuals, they're sacking quarterbacks in a forest without a sound.

Tre'Davious White of the Bills — who essentially replaced Gilmore in Buffalo after he signed with the Patriots in 2017 — also has six picks. Patriots teammates Devin McCourty and J.C. Jackson have five interceptions apiece, as do Minkah Fitzpatrick, Marcus Peters and Anthony Harris.

All of them are fine candidates and all of them are on teams that will finish with winning records. McCourty, in particular, has a strong case to be a First Team All-Pro at safety for the first time in his 10-year career.

None have affected their teams in quite the same fashion Gilmore has.

"He doesn't play everybody the same," Phillip Dorsett said on Tuesday. "He knows his matchups. It's a mind game. You both have plans when you're lined up across from each other. He can be physical, he can be technical, he can be savvy. He has a lot of different ways to play you. I think that's why he's so good."

Rookie receiver Jakobi Meyers summed it up nicely when it comes to the soft-spoken corner's candidacy.

"The numbers speak for themselves, even if he won't," Meyers said.