From our Friday view, our First Alert Team knows there will be a rain/snow line with a system at the end of the weekend, with substantial snow possible in northern New England, but the exact placement of that rain/snow line is still somewhat uncertain

Although the greatest amount of snow from our storm system has already fallen across New England, the energy responsible for driving the storm is ejecting out of upstate New York through the sky over New England Friday and will trigger renewed snow showers, periods of snow and heavier snow bursts.

With temperatures hovering just above the freezing mark for much of the day in much of New England, heavier bursts of snow will succeed in briefly dropping the temperature below freezing, meaning roads will become snow-covered at times during the day and a total of a coating to two fresh inches of snow will fall for all except southeast Massachusetts, where rain showers continue.

By Friday evening, the intensity drops, but snow showers continue and the rain/snow line drops south to the Cape for flurries before all of New England drops sub-freezing overnight Friday night, freezing moisture on untreated roads and walkways for icy conditions.

The mild winter so far has been tough on the bottom line of plow drivers. 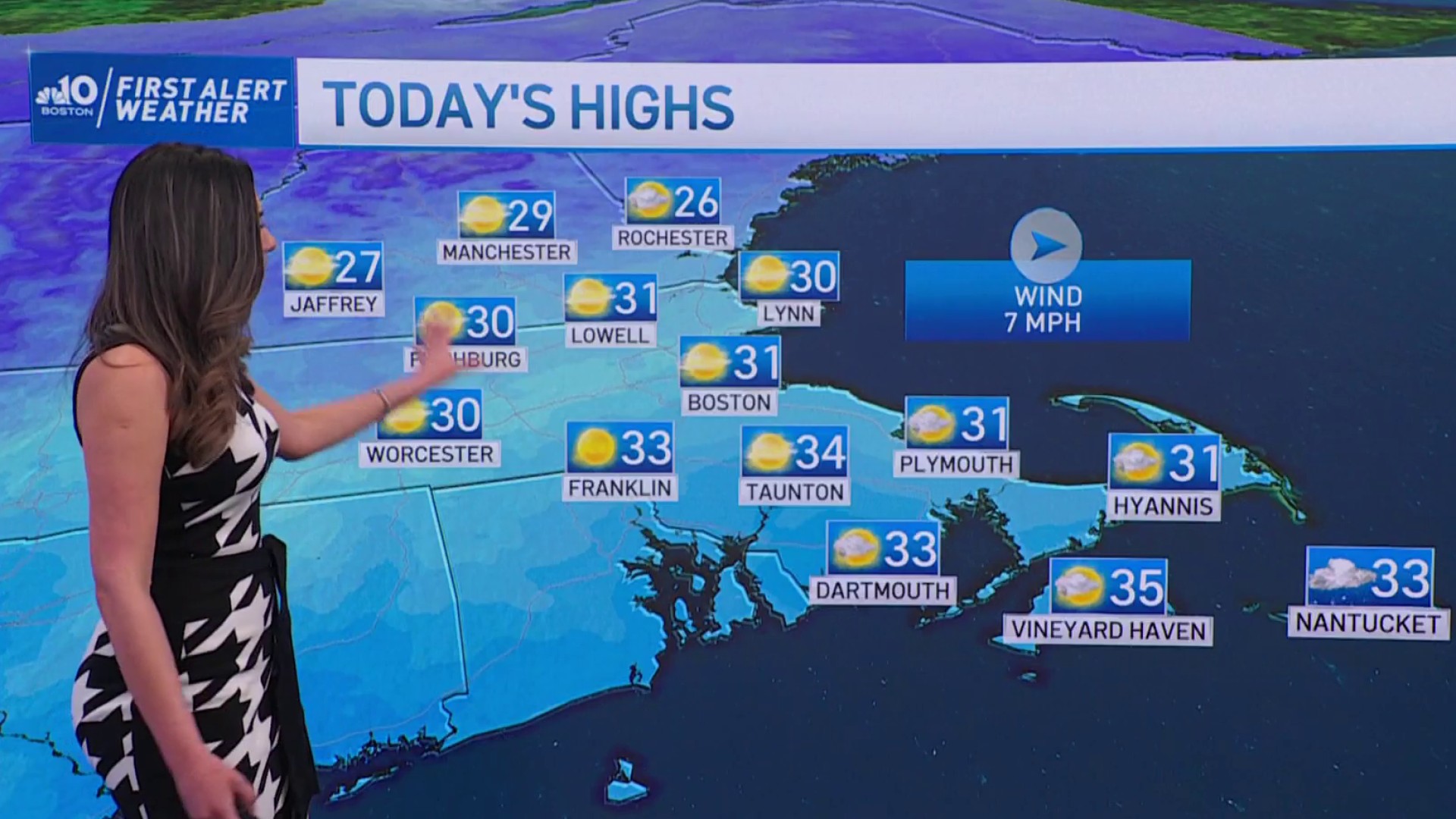 Most of the weekend looks quiet: Saturday brings clouds and some sun with highs in the 30s, though minor coastal flooding is possible at a late morning high tide in only typically vulnerable spots, then Sunday an intensifying storm moving northeast from the Gulf Coast delivers clouds all day, with precipitation arriving Sunday evening.

From our Friday view, our First Alert Team knows there will be a rain/snow line with this system Sunday night, with substantial snow possible in northern New England, but the exact placement of that rain/snow line is still somewhat uncertain – an early guess would be somewhere near or outside Interstate 495 northwest of Boston into southern New Hampshire.

Regardless of wet or white, most communities will likely have a slowed morning commute Monday, so our team has issued a First Alert. Thereafter, we’ll see quieting weather later Monday through Tuesday, before the next storm in a series comes calling by later Wednesday into Wednesday night.

Although, from this far out, pinning down a rain/snow line is nearly impossible with that storm, our team sees the pattern just a bit colder, which means a higher chance of significant accumulating snow deeper south into southern New England.

Yet again, ski and snowmobile country of northern New England should see more snow, and over the course of the next 10-days, our exclusive in-house forecast system continues to blanket much of the North Country with a foot and a half to two feet of snow!

It looks like colder air is still set to arrive more meaningfully at the end of next week into next weekend, at the end of our exclusive First Alert 10-day forecast.