More rain is headed our way Wednesday evening as we have a stalled front across the area and several waves of low pressure riding along that boundary. Temperatures are warm in southwestern New England while a lot cooler to the north, due to chilly air coming off the ocean.

Downpours and possible thunderstorms will be zipping from west to east over the next couple of days. There is rain falling in Vermont and New Hampshire and it will spread east as the night goes along.

Thursday, the stationary front is little further south, so most of us are going to be in the 50s with a period of rain and thunder that could be heavy at times across central and southern New England from late morning through evening.

Northern Maine has the brightest weather, and even though it is a cooler air mass with sunshine, we should be able to reach the 60s to near 70 degrees Thursday.

A stronger low pressure system is going to travel across northern New England Friday, generating another round of rain and thunder. We should be able to break out a little sunshine in southern New England on Friday afternoon, which could push the temperature to 70 degrees for a time before cooling with showers at night.

This system is going to slow down and intensify just east of Maine on Friday night, with colder wind arriving at overnight. It will be cold enough for rain to change over to snow in the mountains of northern Vermont and northern New Hampshire first thing Saturday morning. We do expect the air to dry out, allowing most of New England to have a mainly bright, dry and breezy Saturday afternoon, with temperatures mostly in the 50s north to low 60s south. 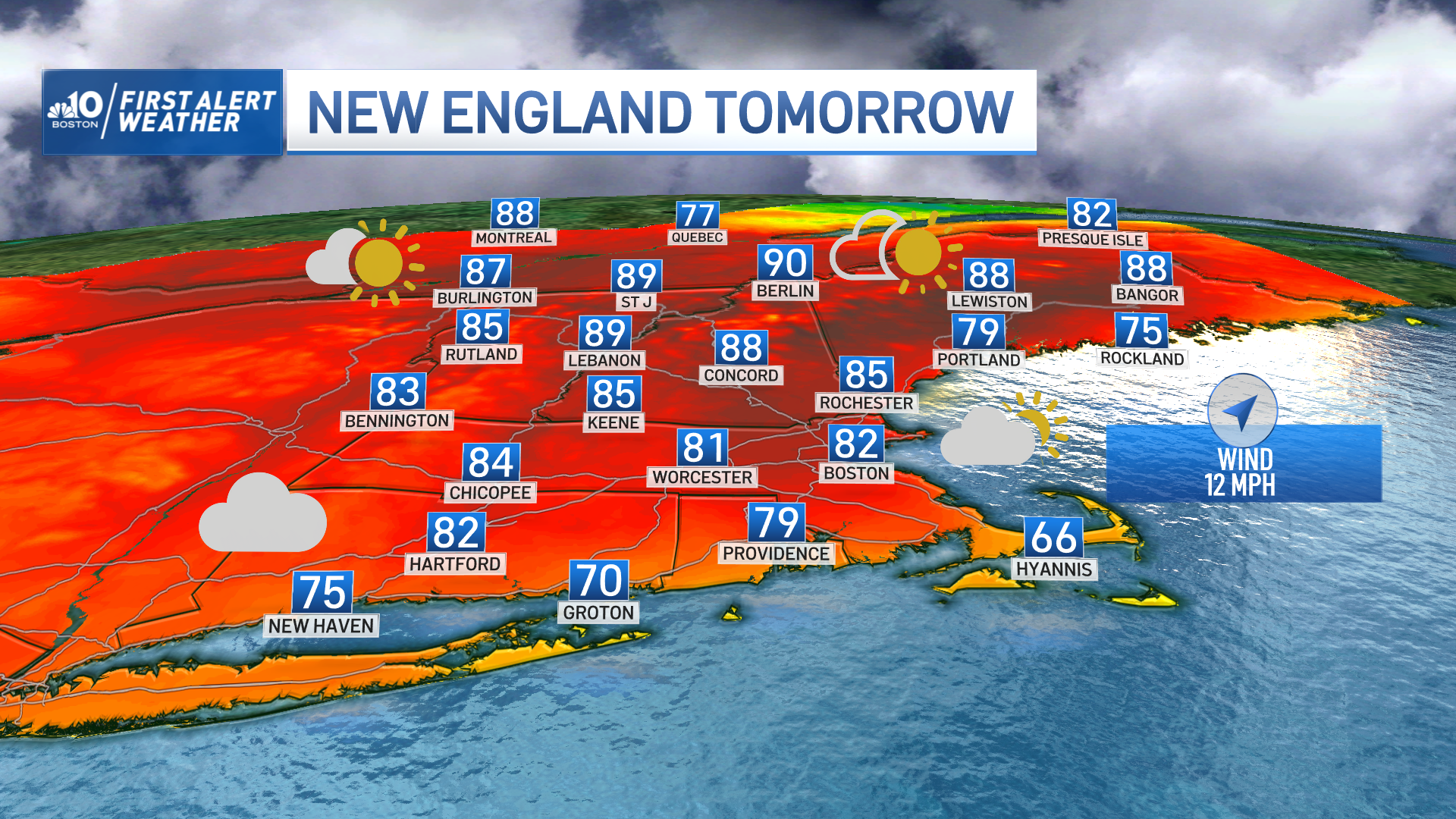 Summer-Like Warmth Into Early Next Week 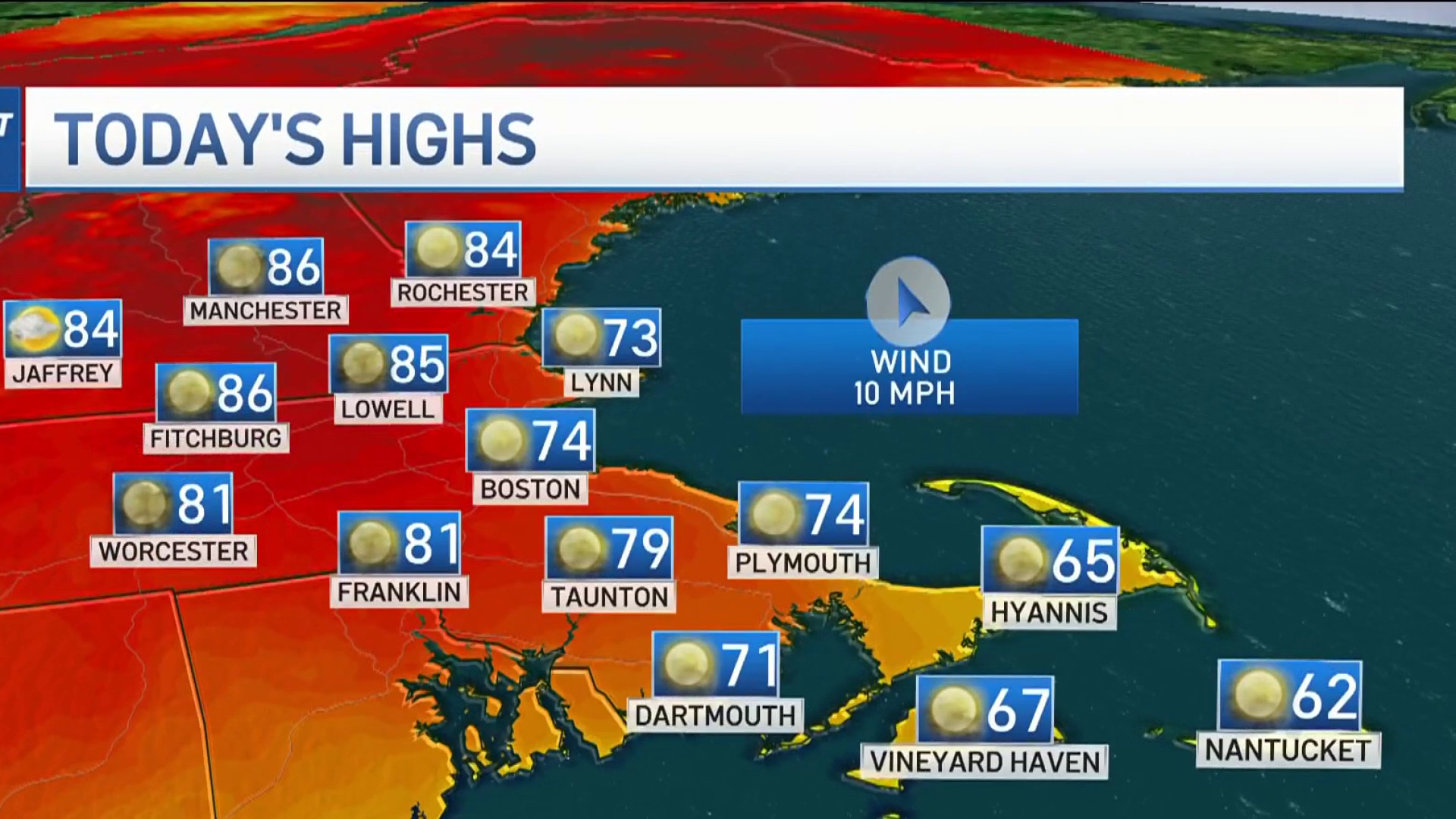 Another wave of energy is going to race into New England on Sunday with a chance of showers, primarily in northern New England. Temperatures are rebounding to near 70 degrees where the sun may be out in southern New England.

It looks like we are going to be on the warmer side of the front Monday and Tuesday, with temperatures in the 70s and a chance of showers each afternoon with a slight chance of a thunderstorm.

Another disturbance comes in mid-week, with more showers and thunder, perhaps turning colder toward the second half of next week.

This unsettled pattern is what the ground has been waiting for -- when it is all said and done some areas may receive more than two inches of rain over the next seven days, which is great news for lovers of green grass and gardens.