This heat and humidity is expected to continue through Friday, with Thursday being the hottest day and heat indices in the triple digits

Wednesday is the second day of what could be another heat wave in New England. We hit 90 degrees at around noon in Boston.

Plenty of people were enjoying the heat in Boston Wednesday.

“It’s good to get outside and get some fresh air,” said Alan Herscott, who was walking at Millennium Park in West Roxbury despite the humidity.

“Hopefully it will stay like this for a while,” said Peter Nguyen, who added he loves the heat.

Extreme heat is the latest in a wacky weather week in Boston, and locals had plenty to say about it.

Marissa Peifer, of Dedham, was resting under a shady tree at a park with her son: “We we’re planning on hiking the hills this morning but we’re here under this tree because it was way too hot for us to hike the Blue Hills.”

This heat and humidity is expected to continue through Friday, with Thursday being the hottest day and heat indices in the triple digits.

Meanwhile, overnight we'll stay mostly in the 70s, with high dewpoints in the upper 60s, some 70. There's no relief from this heat tonight, so please stay hydrated.

Thursday is almost a lock for a third day in the 90s, which would make for the fourth heat wave of the season for many in New England.

Please remember to: keep hydrated, check on your neighbors and don't leave children or pets alone in your car, since temperatures can rise quickly. For example:
On a 90-degree day, cars' air temperature can rise in:

The good news is a front that's going to bring in cooler air, which looks like it may come in without much action. That front eases out of Canada into northern New England Thursday, with some scattered thunderstorms in western and northern New England.

For most of us, though, it's going to be a partly to mostly sunny day, with temperatures in the low 90s.

The front continues south Thursday night into Friday, with a couple of more spot showers or thunderstorms possible, but we are not expecting a widespread severe weather event like many of the previous fronts this summer.

Friday gradually becomes less humid with the return to sunshine, but the front may hang up at the south coast, with clouds and a chance of a few showers or thunderstorms. High temperatures again in the 80s to near 90 degrees, before cooling, so some of us may have a day four of this heat wave.

High pressure builds to our north Friday night and Saturday, with the wind coming in from the north and the east.

The weekend forecast has become muddled, though. It looks like the return of warmer air from the southwest wants to happen a little quicker than earlier thinking, so we may have only limited sunshine Saturday, as clouds increase with a chance of showers in the afternoon.

The warm front may stall out over central and southern New England Saturday night into Sunday -- that could mean showers, along with much cooler air. But there is still a pretty high degree of uncertainty for the weekend; the only sure thing is that it does look cooler, and may end up damp.

We'll also be watching the Gulf of Mexico this weekend for another potential tropical storm developing that may turn into a hurricane, threatening the Gulf Coast states late in the weekend or early next week. 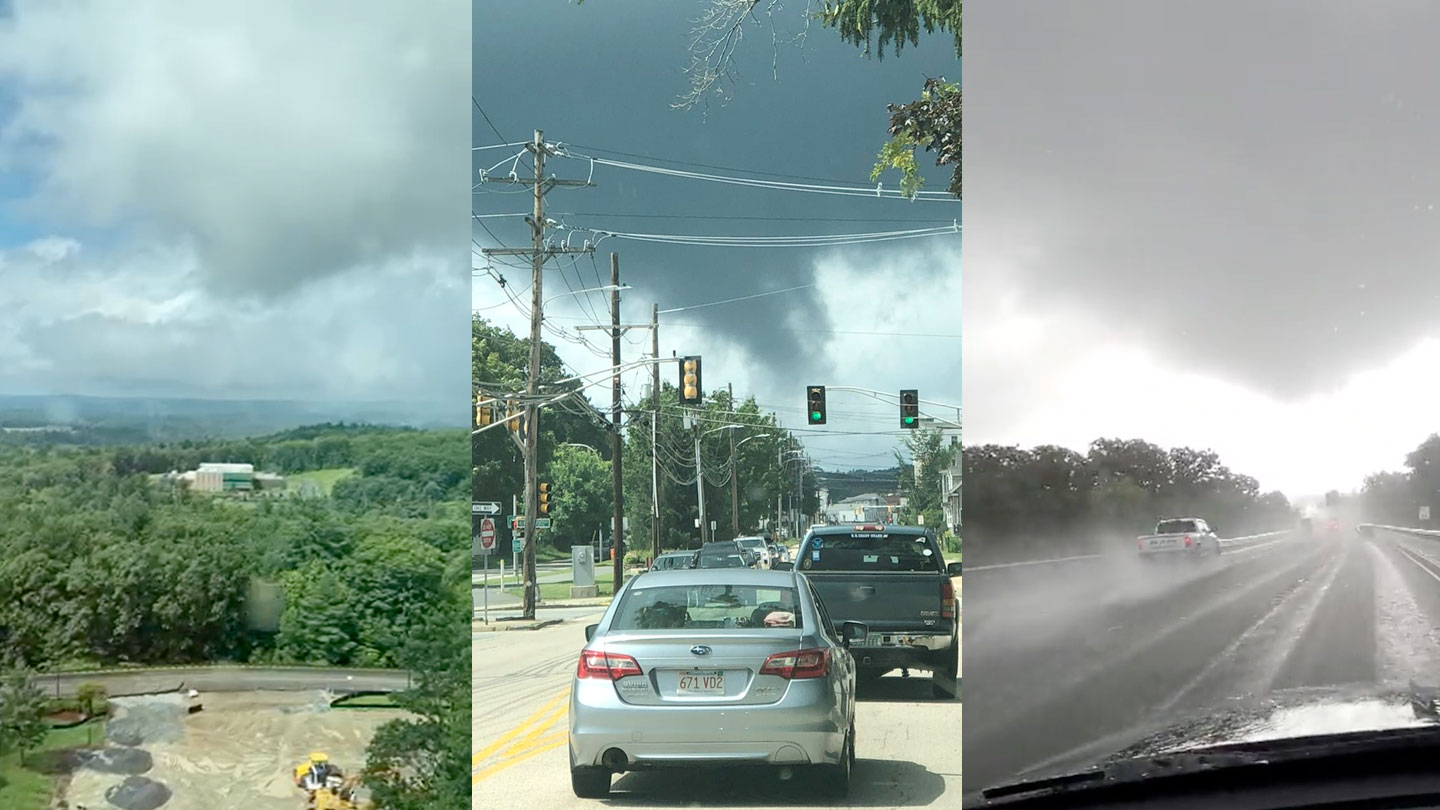 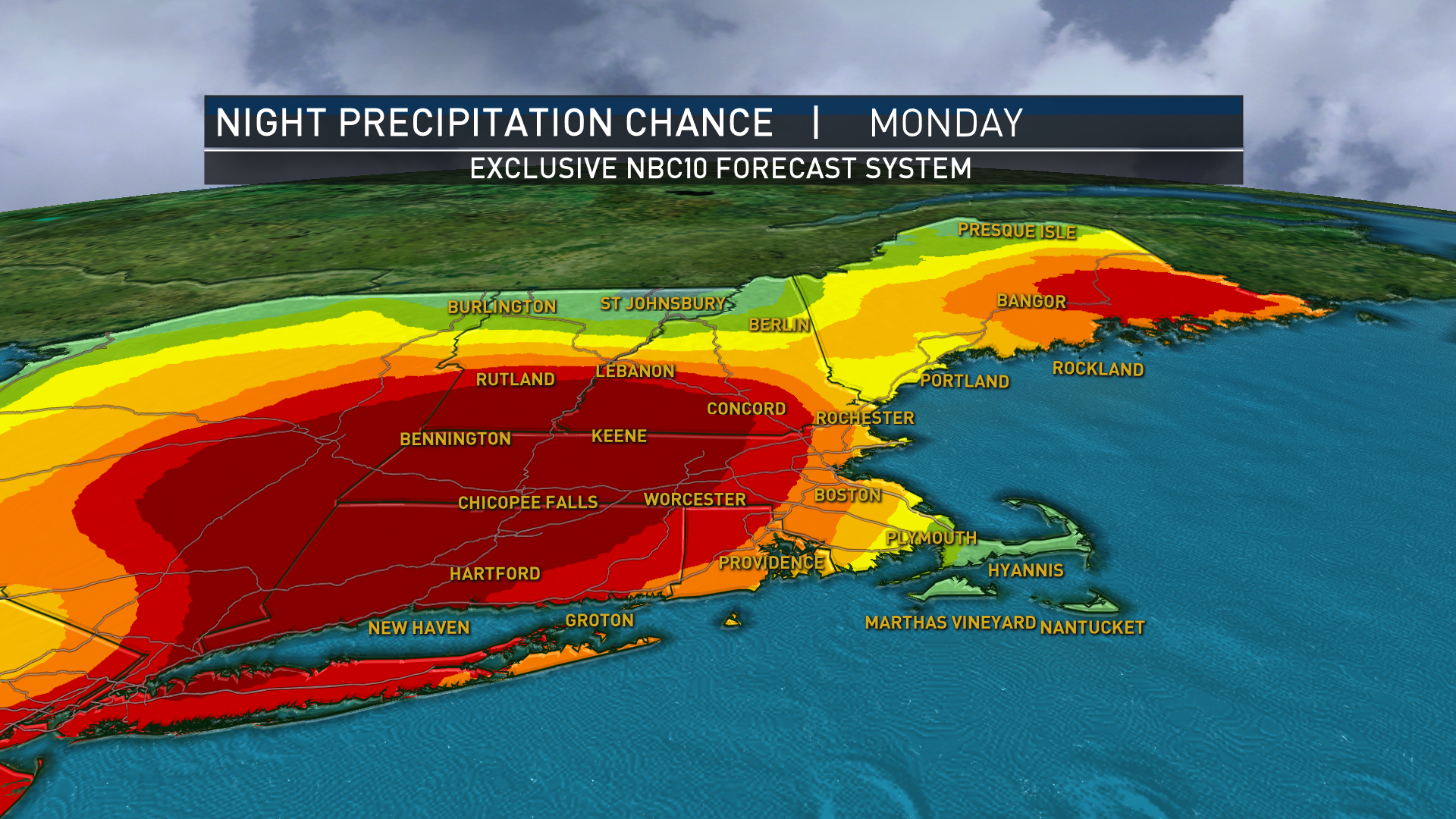 Henri's Aftermath: Understanding the Mass. Tornadoes, and What's Next