Scattered Showers to End Labor Day Weekend for Some

There’s enough energy in the atmosphere for some isolated damaging thunderstorms tomorrow afternoon as cooler and drier air heads our way for Tuesday.

It would be tough to match yesterday’s beautiful weather - with the sunshine and dry air, yesterday was one of the nicest days we’ve had in a while.

Today we have a warm front overhead generating mixed layers of clouds with breaks of blue sky and sunshine at times. The brightest weather happens to be at the shoreline beaches, from Connecticut to Cape Cod to the coast of Maine.

The heavier clouds are mostly coming in during the midday and afternoon, with scattered showers west of the Connecticut River by about 3 p.m. if not sooner. We also have a slight chance for a late day thunderstorm in Vermont and western Massachusetts.

High temperatures today are generally in the 70s with a breeze from the west and southwest at 10 to 15 miles per hour.

As the warm front lifts north, we will have a mild evening with scattered showers toward the coastal areas. A weak front is moving offshore, but there’s another one right behind it for Labor Day.

The atmosphere is going to be a little warmer in the lower layers tomorrow, but a little cooler in the upper layers. That creates a better opportunity for showers turning into thunderstorms in the afternoon.

It will likely play out with a few leftover showers early tomorrow, then a few hours of sunshine will push the temperature in the lower 80s. A line of thunderstorms will move from west to east, especially inland.

So once again, the beaches may be the place to be if you can hang around for a few extra hours and put off your travel, maybe to a time when fewer people might be on the road. 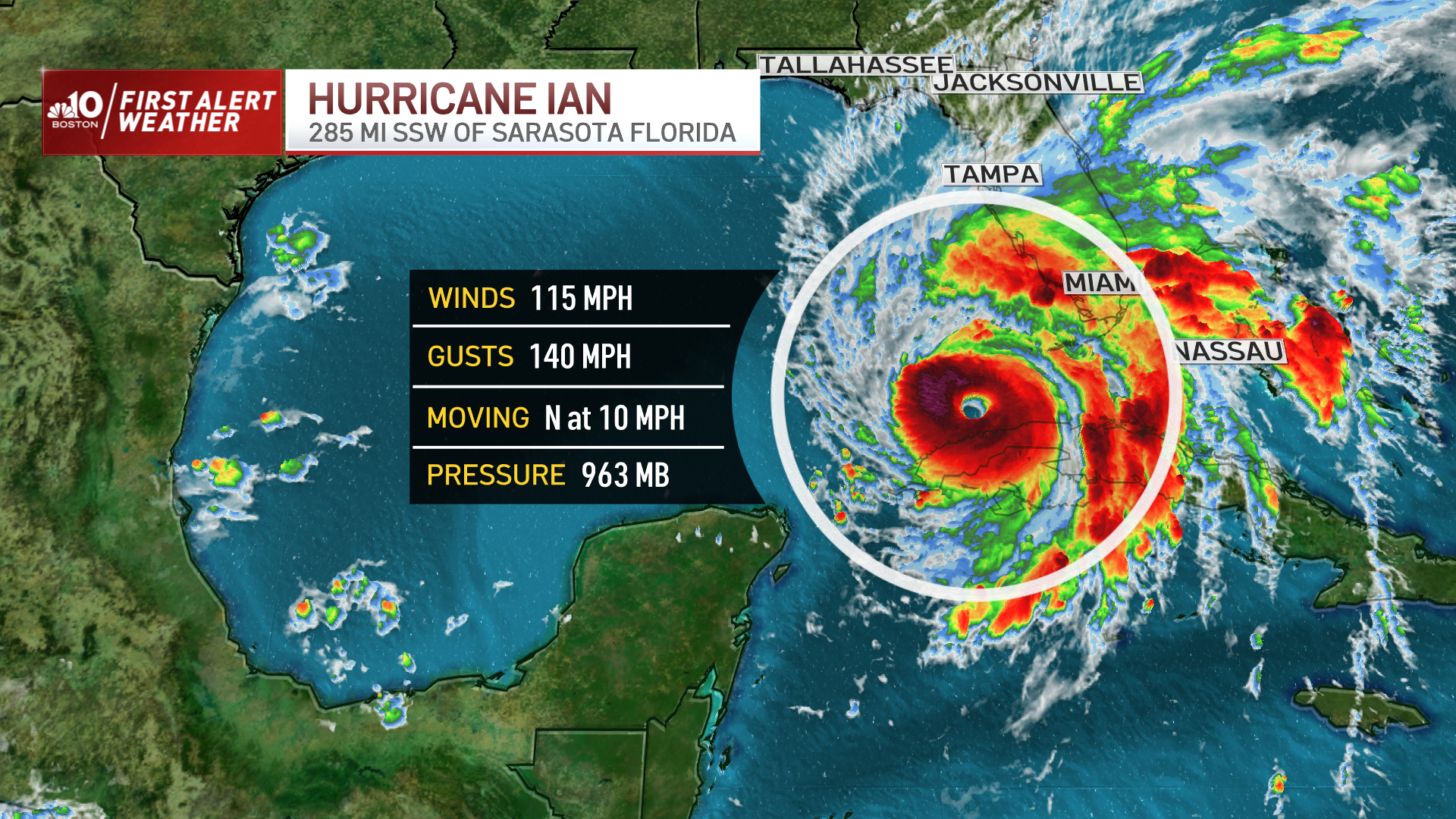 There’s enough energy in the atmosphere for some isolated damaging thunderstorms tomorrow afternoon as cooler and drier air heads our way for Tuesday. It looks like a nice day Tuesday with plenty of sunshine and temperatures back in the 70s and humidity back down.

Another front is racing toward us on Wednesday with a chance of showers and thunderstorms late in the day. Thunderstorms are likely Wednesday night into early Thursday before the next batch of drier and cooler air comes in, which will lead to a nice start to next weekend.

Major Hurricane Larry is way out past Bermuda and may send a nice groundswell for surfers by Wednesday. Other than that, there are no real big storms to track, as seen in our First Alert 10 day forecast.