A gorgeous Saturday is on tap with lots of sun and temperatures in the 60s and 70s.

High clouds will increase this evening ahead of the area of low pressure that’s set to bring rain into New England tomorrow.

It will be a great evening for outdoor dining! Temperatures will be mild again tonight with lows in the 40s and 50s, except for northern Maine and far northern New Hampshire where temps will dip into the 30s.

The system that is now over the Georgia bringing severe weather to the southeast will head towards the region tonight and bring rain showers during the pre-dawn hours across Connecticut and then spread north and east during the morning.

The exact track of this disturbance will help determine how much rain we get and how intense it will be. There’s also an area of low pressure over Ontario that is slowing down, so this means that there will be a second round of showers but mostly for the North Country later in the day.

As of now, there will be downpours along the South Coast, Cape Cod and Islands, while sections north of the MA pike will get less than a quarter inch. There will be rain near the south coast early in the day, through the afternoon, with temperatures holding in the 40s.

For Central and Northern New England, the day will begin with showers but may end up mostly dry late afternoon, with breaks of sunshine and high temperatures in the 50s to low 60s. 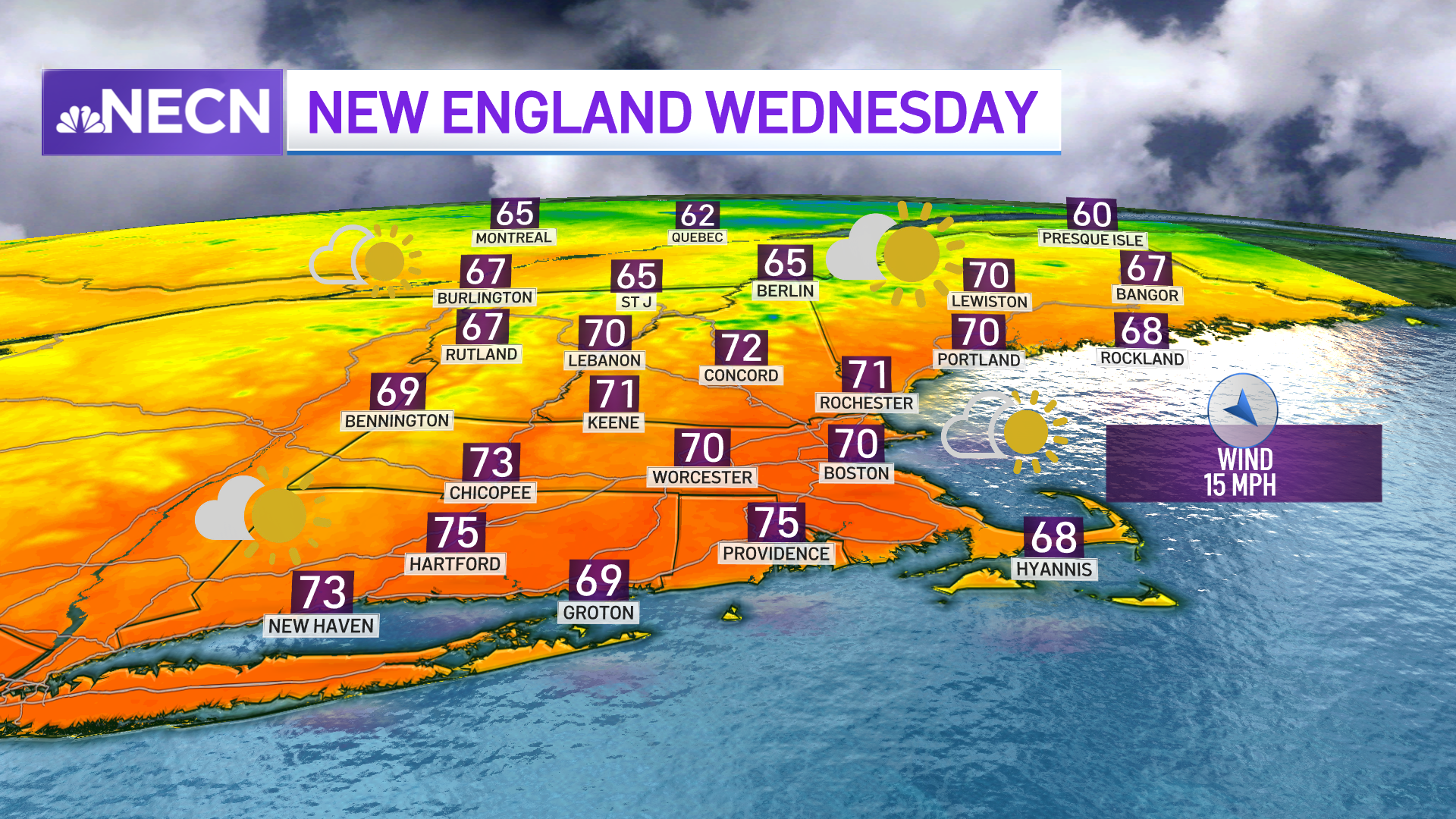 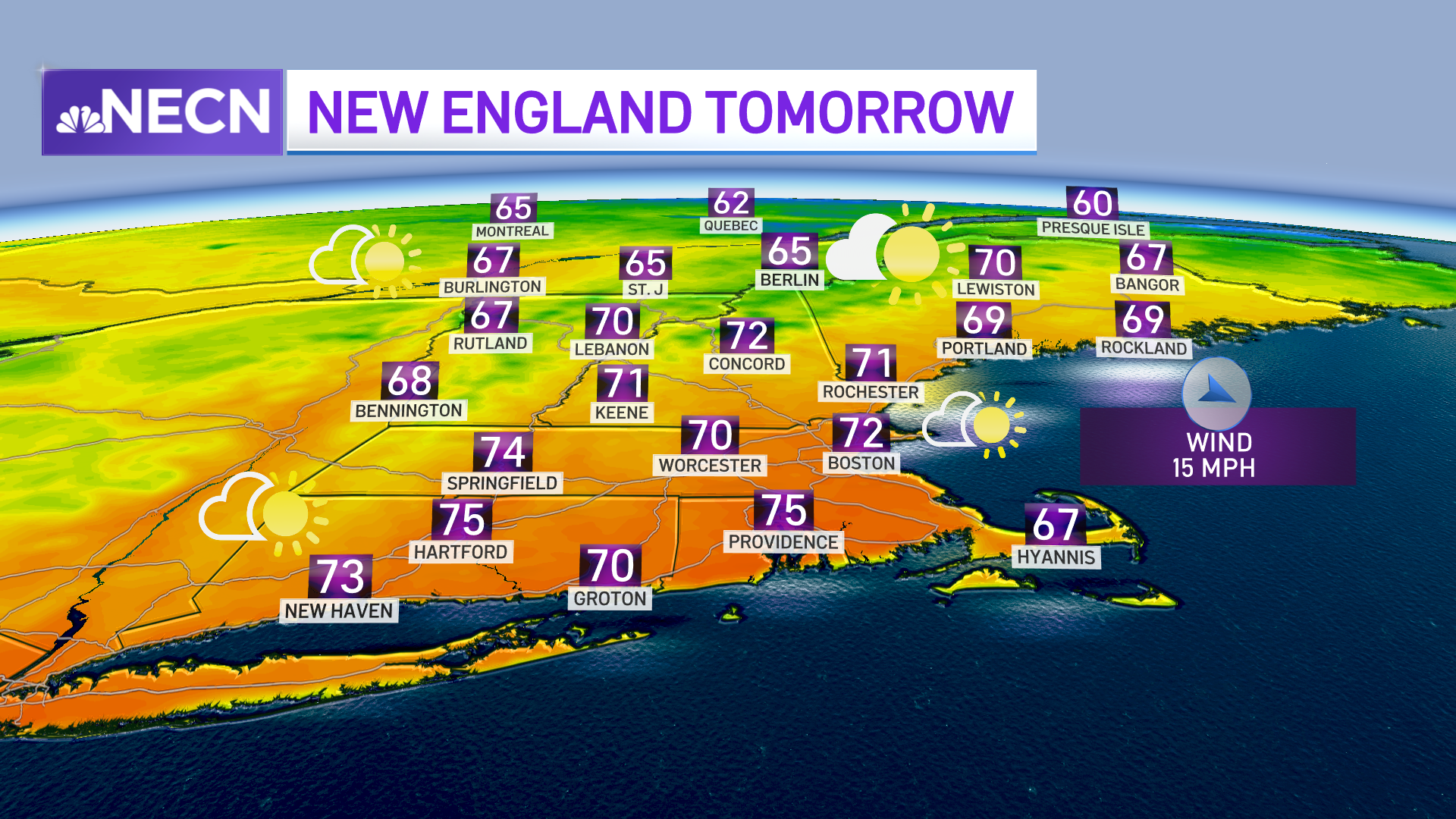 As the system pulls away into the Canadian Maritimes, there is a chance for some snow in the mountains of northern New Hampshire and Maine, otherwise it’s going to be windy on Monday under a mostly sunny sky. Highs in the 40s north to around 60 degrees south with a wind out of the northwest gusting to 40 mph.

Early week stays quiet but then we are tracking several disturbances which may bring a passing shower or two starting Wednesday.

It may end up that we have summertime warmth in Western New England with temperatures near 80 degrees or warmer mid-week, while at the same time, eastern New England could have some lower clouds and a breeze in off the ocean, with much cooler air due to a backdoor cold front.

Overall, doesn’t seem like we are getting a drought-busting rain anytime soon.