The actress praised Ukrainians for their "resilience and courage and dignity"

Hollywood actress and U.N. humanitarian Angelina Jolie made a surprise visit to the western Ukrainian city of Lviv on Saturday, the Lviv regional governor said on Telegram.

According to Maksym Kozytskyy, Jolie — who has been a UNHCR Special Envoy for Refugees since 2011 — had come to speak with displaced people who have found refuge in Lviv, including children undergoing treatment for injuries sustained in the missile strike on the Kramatorsk railway station in early April.

"The purpose of Angelina’s visit is to bear witness to the human impact of the conflict, and to support the civilian population," her spokesman said Saturday according to NBC News.

The actress praised Ukrainians for their "resilience and courage and dignity."

"The impact the war is having on a generation of Ukrainian children is devastating to see," she said in a statement. "No child anywhere should have to flee their homes, or witness the murder of their loved ones, or experience shelling and the destruction of their homes. Yet that is the reality of so many children in Ukraine and around the world."

The attack in the eastern Ukrainian city appeared to deliberately target a crowd of mostly women and children trying to flee a looming Russian offensive, killing at least 52 and wounding dozens more.

“She was very moved by (the children’s) stories,” Kozytskyy wrote. “One girl was even able to privately tell Ms. Jolie about a dream she’d had.” 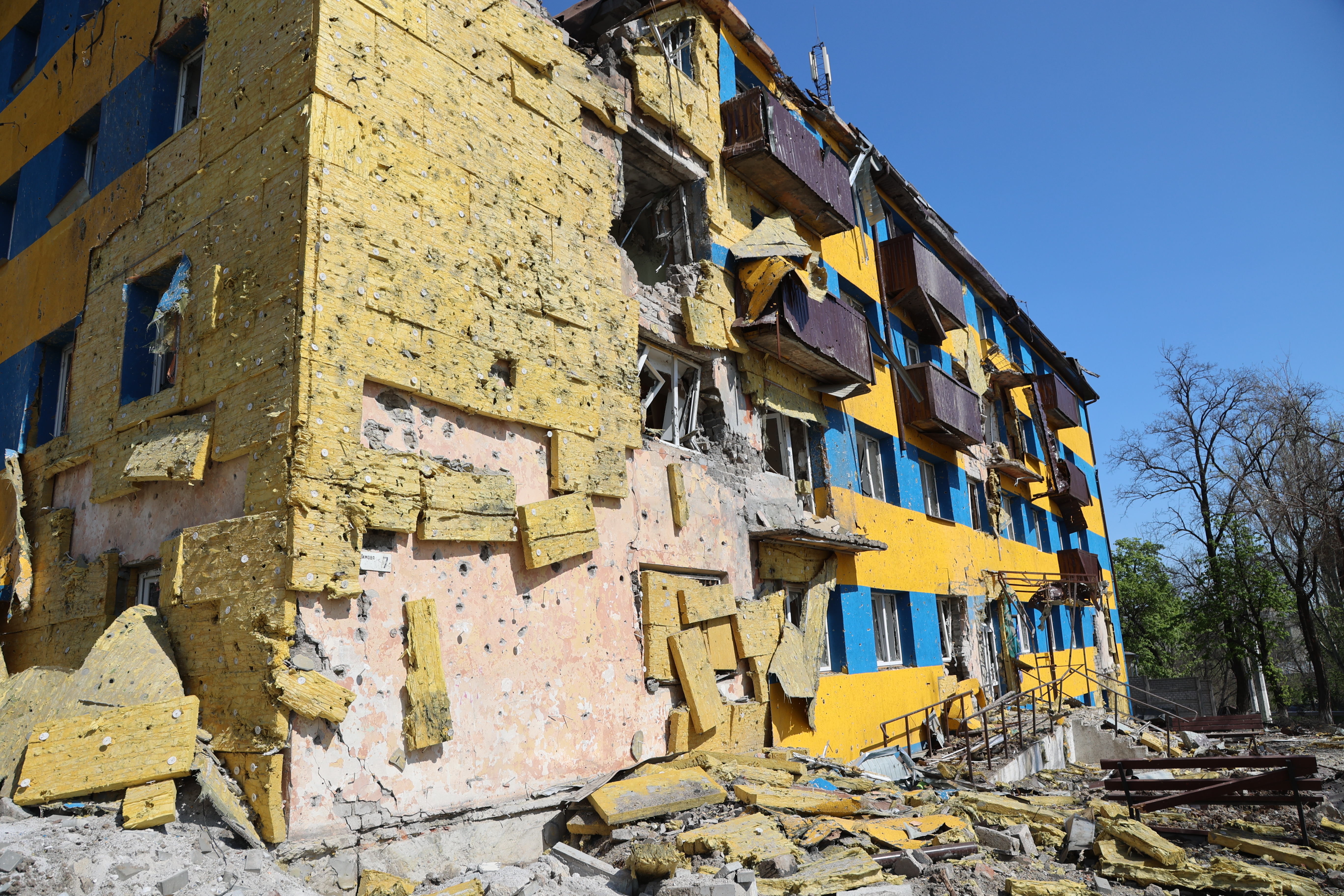 ‘Our Roots Are There': Ukrainians Cross Front Line for Home

He said Jolie also visited a boarding school, talk with students and took photos with them, adding "she promised she would come again.”

According to Kozytskyy, Jolie also met with evacuees arriving at Lviv’s central railway station, as well as with Ukrainian volunteers providing the new arrivals with medical help and counseling,

“The visit was a surprise to us all,” he wrote. “Plenty of people who saw Ms. Jolie in the Lviv region could not believe that it was really her. But since Feb. 24, Ukraine has shown the entire world that there are plenty of incredible things here.”