Crypto start-up Alchemy has nearly tripled its valuation in a matter of months, with the company saying Tuesday it's now valued at $10.2 billion after its latest funding round.

The $200 million investment was led by Lightspeed and Silver Lake, and Alchemy's previous financing round in late October valued the company at $3.5 billion. Earlier investors including Andreessen Horowitz, Coatue and Pantera also participated.

It comes amid a flood of venture capital dollars into crypto. Tech investors are looking for winners in what some describe as the future of the internet, or "Web 3." Blockchain funding soared 718% last year, topping $25.5 billion for the first time, according to recent report from CB Insights.

"Everyone's looking for a way to get involved in the space, and what they realized was Alchemy is the backbone for all of these things," Alchemy co-founder and chief technology officer Joe Lau told CNBC in an interview. "We still think this is the first inning of Web 3."

Web3 has become a blanket term to describe any application built on blockchain — the technology behind cryptocurrencies and nonfungible tokens, or NFTs. Proponents describe it as a better, decentralized version of the internet. But Web3 has also attracted high-profile skeptics like Elon Musk and Jack Dorsey.

Most consumers wouldn't interact directly with Alchemy. Its platform is used behind the scenes by developers to build applications on top of blockchains, such as Ethereum. It was used to build NBA Top Shot, video game Axie Infinity and OpenSea, the largest NFT marketplace. Adobe announced it would begin offering NFTs through a Photoshop feature and is working with Alchemy. 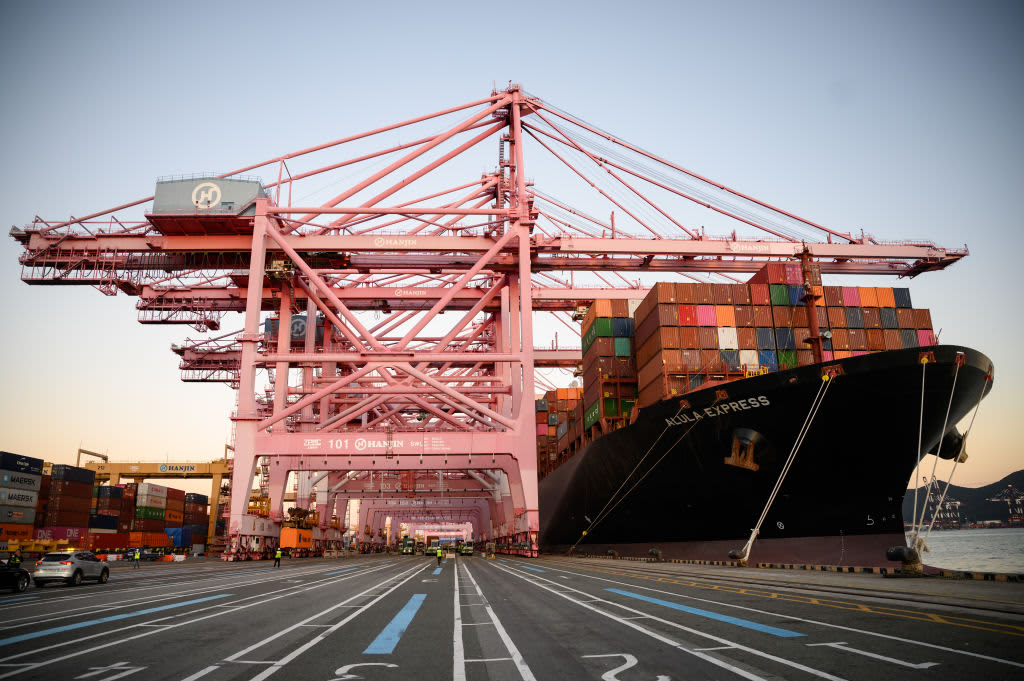 South Korea Posts the Worst Trade Deficit in Its History

Some of its investors have compared the start-up to Amazon Web Services, which sits between the internet and companies like Netflix and Uber that use it to host their websites. Silver Lake co-CEO Egon Durban said it plays a "foundational role in creating an entire industry."

Still, competition for blockchain infrastructure has been heating up.

Google's cloud division recently formed a group to build business around blockchain applications. Cryptocurrency giant Coinbase is working on "Coinbase Cloud," which CEO Brian Armstrong described the unit on a recent earnings call as the "AWS of crypto." Another blockchain infrastructure start-up, Blockdaemon, announced a funding round in January that valued it at $3.5 billion.

"There's a bunch of people who have been trying to do this over the years, and it's a really difficult technology problem to solve," Alchemy co-founder and CEO Nikil Viswanathan told CNBC. "We welcome more people coming into the space because it helps expand the whole market."

Despite the excitement from venture capital investors, cryptocurrencies and blockchain companies have been punished in public markets lately. Bitcoin dropped 20% in January and still held up better than most major cryptocurrencies. Shares of Coinbase and Block, formerly Square, are down double digits for the year.

In what looked to be a bear market, Viswanathan said the past few months marked the "fastest growth" in company history, with Alchemy tripling the amount of customers building on its platform. He also noted an "exodus" from Big Tech as more talent looks to bet their careers on the quickly growing space.