In the United States, at least 37 people have died and the number of cases exceeded 1,000

Governors and other leaders scrambling to slow the spread of the coronavirus stepped up bans on large public gatherings and a rapidly expanding list of universities moved classes online, as the World Health Organization declared Wednesday the global COVID-19 outbreak is now a pandemic.

“We have, therefore, made the assessment that COVID-19 can be characterized as a pandemic," he said at a briefing in Geneva.

Testifying on Capitol Hill, Dr. Anthony Fauci, director of the National Institute of Allergy and Infectious Diseases, warned that the outbreak in the U.S. is going to get worse.

“I can say we will see more cases and things will get worse than they are right now,” Fauci told the House Oversight and Reform Committee.

As for how much worse, Fauci said that would depend on the ability of the U.S. to curtail the influx of travelers carrying the disease and state and community efforts to contain the outbreak. The hearing was abruptly paused as he and other high-level officials rushed back to the White House for meetings.

Speaker Nancy Pelosi plans to unveil a coronavirus aid package Wednesday, with voting possible as soon as Thursday, and GOP leaders signaled it could have bipartisan support. Pelosi is in talks with Treasury Secretary Steven Mnuchin, who urged Congress to pass legislation “quickly.”

Pressure is mounting on Trump's administration and lawmakers to contain the virus and respond to the financial fallout. Congress rebuffed President Donald Trump's proposed payroll tax break and has focuses on immediate sick pay, unemployment benefits and other resources for America's workers hit by the crisis.

With cases in the U.S. now topping 1,000 and the number of deaths climbing to at least 37, lawmakers and health officials set up containment zones and sought to limit contact with those who might be infected.

In hard-hit Washington state, Gov. Jay Inslee announced a ban on gatherings of more than 250 people in virtually the entire Seattle metro area, home to some 4 million people. The Seattle area accounts for about two-thirds of the nation's coronavirus deaths, including at least 19 from the same suburban nursing home. The order, which will remain in effect through at least the end of the month, does not affect workplaces or classrooms but applies to such events as Seattle Mariners baseball games. It was not immediately clear whether that means the team will play it home games in an empty stadium, as soccer teams in Europe are doing.

Properly sanitizing your phone can help protect against illness, including coronavirus.

San Francisco officials advised people to cancel events of 50 or more and banned non-essential gatherings of 50 or more people at City Hall, convention center, performing arts centers and several other city-owned facilities for the next two weeks.  Santa Clara County in California, home to San Jose and Silicon Valley, has banned all gatherings of 1,000 people or more.

Schools and houses of worship were shuttered in a New York City suburb where a cluster of cases could be the largest in the nation, and the governor sent National Guard troops to help clean public spaces and deliver food.

The moves came as the battle to stop the virus from spreading intensified. More schools and universities, including UCLA, Yale and Stanford, have announced plans to send students home and move classes online.

Chicago canceled its St. Patrick's Day parade, and the Coachella music festival that draws tens of thousands to the California desert near Palm Springs every April was postponed. One of the biggest resort operators in Las Vegas, MGM Resorts International, said it would close buffets at all of its Las Vegas Strip casinos. 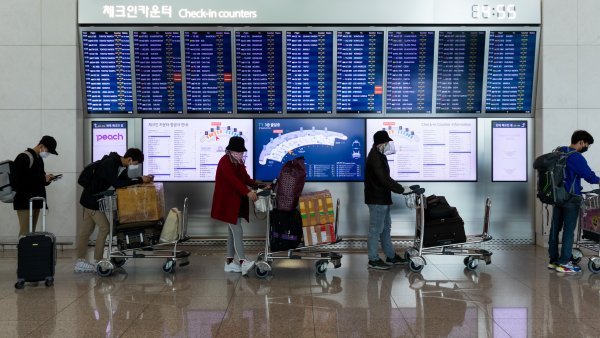 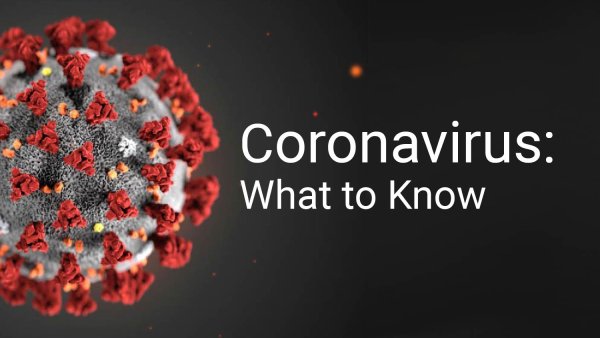 The virus is also taking its toll on sports: Some college games will be played without fans in Ohio and California, and the NCAA said it would “make decisions in the coming days” about its men's and women's basketball tournaments. Two conferences banned fans from their championships and the Ivy League cancelled its basketball tournaments altogether.

For most people, the virus causes only mild or moderate symptoms such as fever and cough. For some, especially the elderly and people with existing health problems, it can cause more severe illness, including pneumonia. Most people recover in a matter of weeks, as has happened with three-quarters of those infected in China.

For those in the middle of a quarantine, it's an anxious time waiting for the threat to pass.

Judy Aqua, who's in her 60s, is quarantining herself at home in New Rochelle, outside New York city, after possibly being exposed to someone with the virus.

Carolyn Maloney, D-N.Y., abruptly called for a recess during Wednesday’s House hearing on the COVID-19 outbreak. Hear her statements along with Rep. Chip Roy’s, R-Texas, remarks before the officials called to testify were dismissed to attend the meeting with the White House.

Massachusetts Gov. Charlie Baker declared a state of emergency as cases statewide jumped from 51 to 92. Of that number, 70 are now connected to a meeting held last month by biotech company Biogen at a hotel in downtown Boston.

As many people considered whether it's prudent to travel, the news that everyone on a flight from Italy may have been exposed had health officials urging those passengers to self-isolate. A woman from suburban Houston flew home after testing positive to consult her own doctor, and now everyone on the two flights she took could be at risk.

Some airport workers are also dealing with the outbreak, with several Transportation Security Administration officers at Mineta San Jose International Airport testing positive. They were receiving medical care and all TSA employees who had contact with them over the past 14 days are being quarantined at home, the agency said.

In Oakland, California, restless passengers on a coronavirus-struck cruise ship awaited their turn to disembark. By Tuesday night, Princess Cruises said about 1,400 of the 3,500 people on board had gotten off, and efforts were underway to move them to quarantine in their home countries or at military bases in California, Texas and Georgia.

“We’re trying to stay calm and were trying to stay positive, but it’s getting harder and harder. They can’t make up their minds how to keep us safe,” said passenger Beryl Ward, 77, of Santa Fe, New Mexico.