Residents took to Twitter after the state's vaccination finder crashed just as some one million people became eligible for vaccine appointments.

Just as about one million Massachusetts residents became eligible for COVID-19 vaccines Thursday morning, the state's vaccine finder website crashed, causing confusion among those clamoring to sign up for an appointment.

Residents began reporting issues with the vaccination finder website before 8 a.m., the time when residents age 65 and over and those with two or more specific medical conditions became eligible to schedule their COVID-19 appointments.

"It was like whack-a-mole. 'Oh, there it is! Oh, put the data in as fast as you can! And, oh, it is not here!" said Jim Tucker, who tried to book an appointment on his computer Thursday morning.

"Anyone with any knowledge would know that when you put a million people on one site, one day, it is going to crash. Didn't they think about that ahead of time?" said Maria Catalano, 72, who'd spent Wednesday practicing to sign up only to miss out on any appointments

As it became clear the website had crashed, Twitter users took to the social media platform to criticize the state's rollout of its vaccination program.

Department of Public Health Commissioner Dr. Monica Bharel told NBC10 Boston and NECN a high volume of traffic to the website may be the cause of the crash, and said officials were working to resolve the issue.

While it may take weeks for all residents to secure appointments due to a high demand and limited supply, residents are encouraged to continue to check the website as appointments become available.

Twitter users weren't the ones to express their displeasure.

In a statement, Massachusetts Senate President Karen Spilka, a Democrat, criticized the Baker administration's rollout of the vaccination process.

“I am deeply disappointed that today so many Massachusetts residents are feeling frustration and anger on a day when we should be experiencing hope. I hear it and I feel it too," she said in a statement. "The Administration must deliver a better experience for our residents, who have already dealt with so much anxiety and disruption.”

"This was totally foreseeable and there are ways to ensure that you have a resilient website that can withstand the immense traffic," she said. 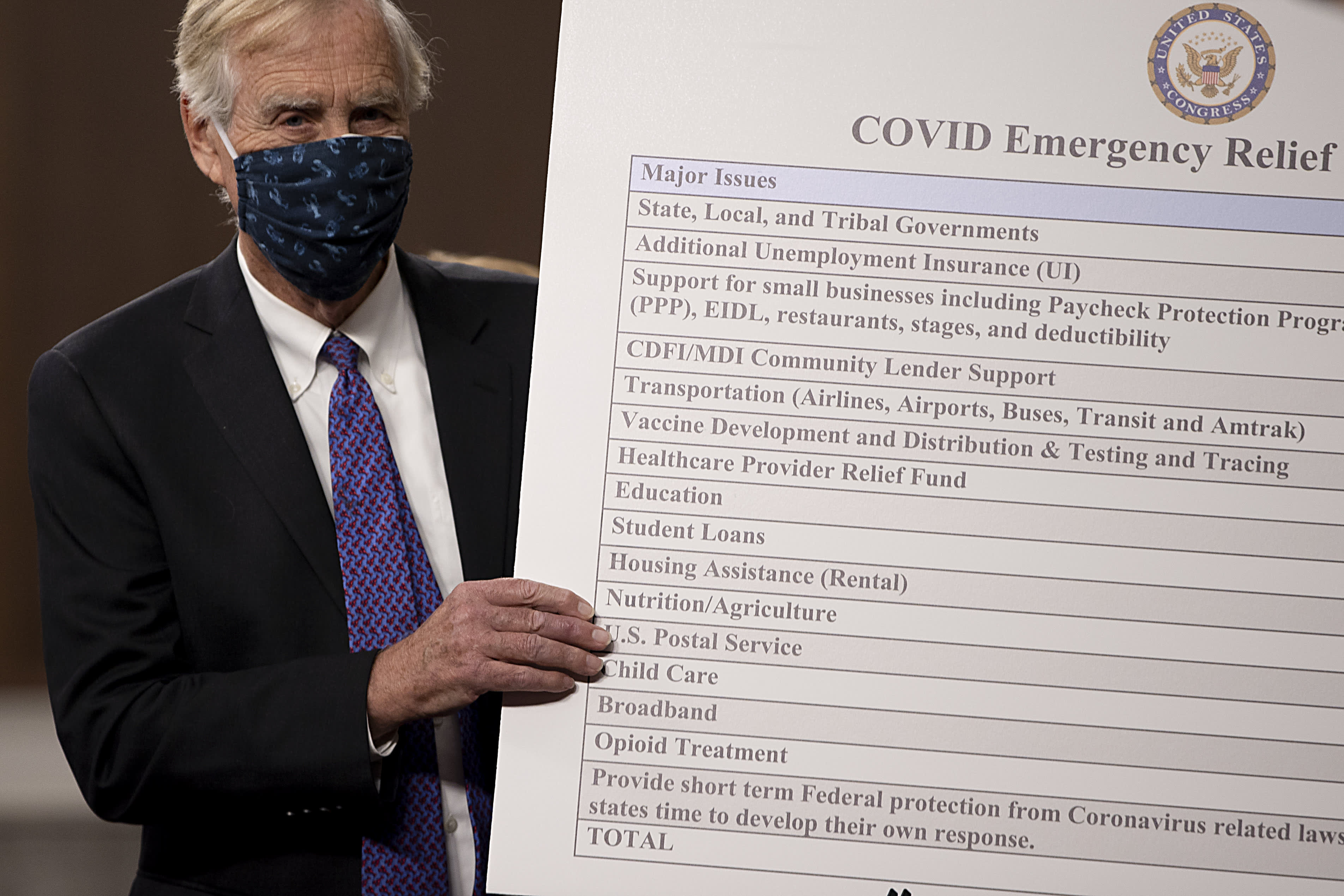 Due to Covid Relief, Experts Brace for a Flood of Tax-Filing Extensions