Although numbers are trending in the right direction, the Rhode Island governor says it's important to stay vigilant

Gov. Gina Raimondo announced Friday she wants more people without symptoms of the new coronavirus tested in order to prevent a potential outbreak.

During a news conference, the governor said even though the state was moving in the right direction, it was important to stay vigilant.

As of Friday, there were 15,947 cases of COVID-19, according to the Rhode Island Department of Health. There were ten new fatalities bringing the death toll to 833.

Raimondo said the numbers are trending in the right direction because residents have been doing the right things like washing their hands, wearing masks and being socially distant.

Earlier this week, the governor had announced the state's plan to try and test 900 residents per day without symptoms of COVID-19. She said Friday that the state is only testing 400 per day.

The governor is once again encouraging those who work in close-contacts jobs, such as salons, barbershops, gyms and child care facilities to go and get a free test.

"To stay ahead of the virus we have to do a lot of continuous testing of people who aren't sick," Raimondo said.

She added that the testing program will be expanded to include restaurant workers and bus drivers as many residents have expressed fear in going out.

Workers who wish to schedule the free test can do so on the Rhode Island Department of Health website.

Although the number of positive cases in urban areas has dropped, the governor said those numbers are still not where officials want them to be. Beginning next week, more testing centers will be available in the various communities that are being the hardest hit.

The governor also announced Friday that $5 million from the federal CARES Act will go to the Housing Now Campaign in order to help the housing insecure as a result of the pandemic.

Rhode Island landlords are being asked to pledge to 100 rental units by July 1 to those in need. Those who do will be given a $2,000 signing bonus for the first unit they supply then $500 for additional units. Landlords can also get up $2,000 per unit for upgrades.

Friday's update comes after Raimondo announced that she hopes to have students back in classrooms on Aug. 31. 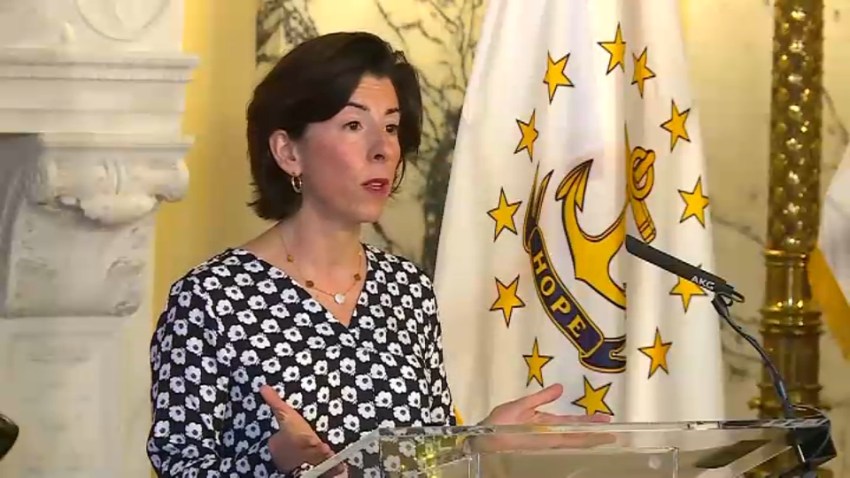 RI to Ramp Up Coronavirus Testing for Asymptomatic People, Including Protesters

Raimondo Hopes to Have RI Students Back in Classrooms Aug. 31

During a news conference Wednesday, Raimondo said that teachers and parents have done well with remote learning since it began in March because of the pandemic, but that it's time to get back into the classroom.

"Even though we're setting a goal of Aug. 31, it will look different," Raimondo said.

"There's no substitute for in-person learning," Raimondo said Wednesday. "We also need to get schools open again so we can get our economy going."

On June 19, health and safety guidelines will be provided on the Reopening RI website and each school district will be required to submit their plans for how they will operate. Final plans must be submitted to the state by July 17, Raimondo said.

Education Commissioner Angélica Infante-Green, who was also at Wednesday's news conference, said by Aug. 31 the state, working with the health department, will be ready to "provide a safe environment for all involved."

The governor had said Monday that Rhode Island is ramping up testing for asymptomatic people as part of an "early warning detection system" to slow any further spread of the novel coronavirus.

Under the plan, people who work in "close-contact" workplaces can sign up for a free, rapid coronavirus test. Such people include those who work in hair and nail salons, gyms, tattoo and tanning parlors as well as masseuses.

Raimondo added that all individuals who have participated in recent anti-racism protests were eligible for tests and should get one.

Also eligible for the tests are child care workers. The testing is expected to be expanded to people in the manufacturing, education, retail and other sectors in the future, Raimondo said.

The governor mentioned that she and her husband were tested Wednesday morning.

"It's really not that bad. I was tested negative," she said.