Some US Colleges Cancel, Postpone Graduation Over Virus

Colleges across the U.S. have begun canceling and curtailing graduation amid fears that the coronavirus pandemic will stretch into spring. Some are exploring "virtual" alternatives, while others are considering inviting seniors back for commencement at a later date or just mailing out diplomas.

Schools including Brigham Young University, the Savannah College of Art and Design and Berea College are among those telling students that current commencement ceremonies have been canceled. But dozens of other schools say it's too soon to decide, leaving families uncertain about whether to book flights and hotels and students wondering whether to purchase caps and gowns for the walk across the stage.

The graduation decision is being made as colleges scramble to move instruction online and send students home early, a move being made by dozens of schools in an attempt to curb spread of the virus. The list of those moving to the web continued to grow Thursday, with schools from Southern Methodist University to the University of Alaska making the change.

At Grinnell College in Iowa, which is sending students home this month, officials said there will be no "traditional" graduation ceremony. Instead, the school is mulling how it could honor graduating seniors in an online ceremony. Officials are also debating whether to bring seniors back in 2021 and offer a ceremony for two classes at once.

"We want to be celebrate and cherish our students," said Anne Harris, dean and vice president for academic affairs at the private school of 1,700 students. "But we were following the logic: If we’re sending everybody out, why would we bring everybody back in?"

Some students say they understand the need for caution but would feel robbed if they missed a milestone that they spent years working to reach.

At Wesleyan University in Connecticut, which is still weighing options, senior Melisa Olgun said commencement is a celebration not only of her college career but also the sacrifices that her parents, immigrants from Turkey, made to get her there. Olgun is the first in her family to graduate from a U.S. university and wants her mother to see her accept her diploma.

"This diploma is not just for myself. It's for my family, it's for my parents," Olgun said. "That ability to stand on that stage, to do that, is something I’ve been thinking of and dreaming of since I was a young girl." 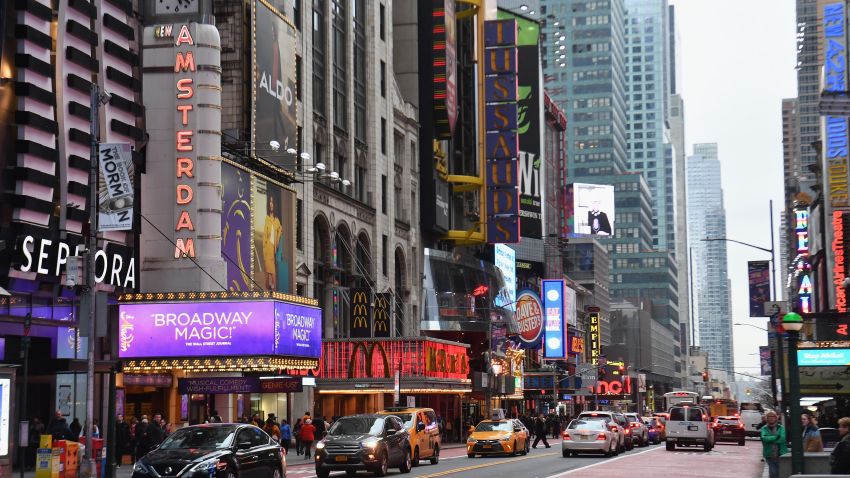 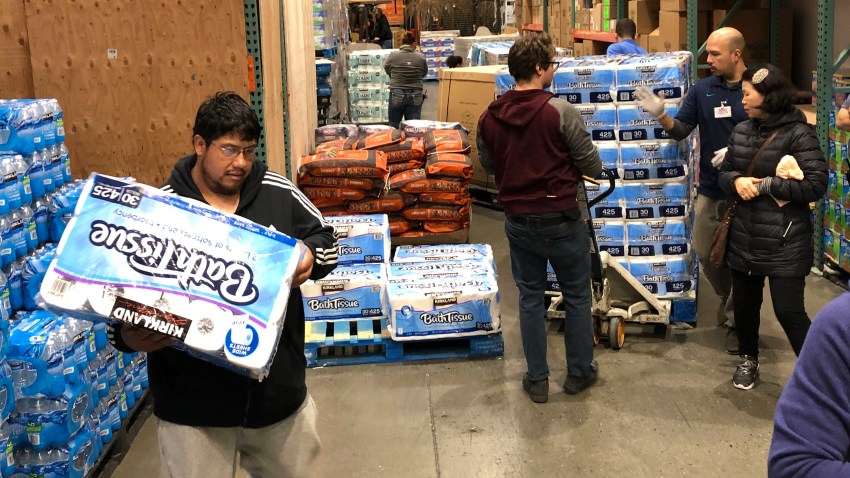 The Psychology of Stockpiling: Why People Are Panic-Buying Toilet Paper

Officials at Cornell University said they still hope to host their traditional ceremony but added that "it is unknown at this time whether that will be possible." Florida International University told students that events are "expected to proceed" but said officials are also working on "possible alternative plans."

For most people, the virus causes only mild or moderate symptoms, such as fever and cough. For some, especially older adults and people with existing health problems, it can cause more severe illnesses, including pneumonia. The vast majority of people recover from the virus in a matter of weeks.

Schools say they're following the advice of the U.S. Centers for Disease Control & Prevention and state health officials who are recommending against mass gatherings as the virus spreads. Governors in some states have called for limits on large events. But schools say it's hard to forecast where things will stand in two months, and some say it would be premature to cancel.

Some colleges, however, said they're canceling now so they don't force parents to scuttle their plans at the last minute.

Berea College in Kentucky was among the first to cancel ceremonies this week, telling students it would be rescheduled "to a date when such a gathering can be conducted safely." Officials said they were erring on the side of caution but still want to honor students.

"They’ve worked hard and we want to recognize all that they've accomplished. But we want to do that in a way that protects them and doesn’t jeopardize their safety," said Tim Jordan, a school spokesman.

Some schools are scaling back ceremonies without eliminating them entirely. The Florida Institute of Technology says the school’s spring ceremony will be broken into several smaller events that only students will be allowed to attend. Families will be able to watch online, officials said, and graduates can also return for summer or fall exercises.

California State University, Sacramento, said it will make a decision about commencement once officials have "a better understanding of the ongoing impact" of the virus. But the school has decided to cancel all other graduation activities, including hooding ceremonies and cultural celebrations.

At Harvard University, senior Tom Osborn is now wondering whether his family from Migori, Kenya, should cancel their plans to visit for graduation. The school, which is sending students home this week, said it’s too soon to make a decision but officials are working on contingency plans.

"It was going to be my family’s first time to campus. They were all excited," said Osborn, who is studying psychology. "It’s unfortunate. I hope things will still work out."