A construction worker was killed and another critically injured when a staircase collapsed at a city-owned parking garage in Cambridge, Massachusetts, Tuesday.

Authorities received a 911 call about an incident at 55 First Street around 8:23 a.m. At the scene they found a stairway partial collapsed and the two workers, both male.

One of the workers was pronounced dead at the scene. The other was taken to a local hospital with "significant" chest and arm injuries, acting Cambridge fire Chief Gerard Mahoney said.

One construction worker died and another is injured after a stairwell collapsed in Cambridge on Wednesday.

Mahoney said it appeared the two workers were the only ones to be working in the area at the time of the collapse. He didn't want to speculate on what might have led to the accident.

The Middlesex District Attorney's Office said the man who died was 56, but didn't give his name. The medical examiner is working to determine his cause of death. The man injured is 41.

The contractor does not appear to have any serious Occupational Safety and Health Administration violations. The company told NBC10 Boston they’re aware of the accident and feel terrible about what happened.

Authorities said the project at the garage has been underway for about a month.

OSHA officials are investigating, along with the Cambridge police and fire departments and state police. 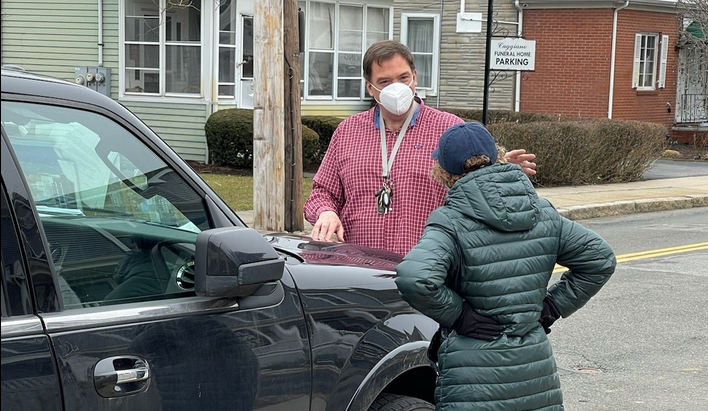