$2.2M Spent on Recreational Marijuana in First 5 Days of Legal Sales in Massachusetts

The first commercial pot shops in Massachusetts sold more than $2 million in marijuana products in their first five days in operation, according to data released Tuesday.

The Cannabis Control Commission said the state's two legal pot shops — Cultivate in Leicester and New England Treatment Access in Northampton — totaled $2,217,621 in sales from Nov. 20 to Nov. 25. The total number of units sold was 56,380, with an average price per unit of $39.33.

Gov. Sununu to Give Update on COVID-19 in NH 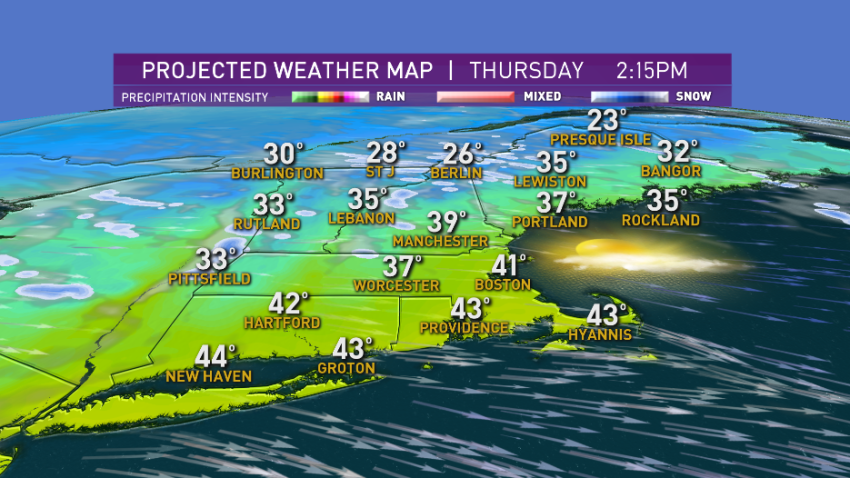 Temperatures Fall Ahead of Wintry Mix This Weekend

Just over $440,000 was spent on Nov. 20, the first day of legal marijuana sales in Massachusetts.

When sales officially started at 8 a.m. on Nov. 20, there were long lines at both locations for the first two recreational marijuana dispensaries on the East Coast.

"I probably dreamed about it back in high school that this day would happen sometime, but to be actually able to do it today is amazing," said Stephen Mandile, an Iraq war veteran who was the first person in line at New England Treatment Access when it opened last week. "To have veterans be recognized, not just myself, but to bring other veterans with me and to have it focused around that, it's super special to me."

The heavy traffic has continued since, sparking outrage in Leicester, where officials are looking at options to deal with traffic jams and other problems caused by the influx of customers.

“We have cars outside of our house seven days a week,” said Dawn Gauthier, a neighbor of Cultivate. “We have no life, it’s like living in a fishbowl.”

Adults over the age of 21 can purchase products from the two shops if they have a valid ID. Customers can purchase one ounce of marijuana from licensed stores but no more than five grams of pot in concentrated form could be sold.

Massachusetts voters chose to legalize recreational use of marijuana in 2016, but it has taken officials more than two years to determine where the first stores could open. Originally, retail sales were expected to begin July 1.

A third store in Wareham near Cape Cod could open soon after it was issued a final license. The first Boston store is expected to open sometime in early 2019, according to Mayor Marty Walsh.