A Northeastern University employee who said he was injured when a package he was opening on the Boston campus exploded last month was charged Tuesday with fabricating the incident.

Jason Duhaime, 45, the former new technology manager and director of the university’s Immersive Media Lab, was charged with “conveying false and misleading information related to an explosive device” and then lying to federal investigators, according to court documents.

Duhaime told investigators that the hard plastic case exploded when he opened it on Sept. 13, causing “sharp” objects to fly from the case and injure his arms, but his arms only had superficial marks and there was no damage to his shirt, investigators said.

According to the FBI affidavit, “The inside and outside of the case did not bear any marks, dents, cracks, holes, or other signs that it had been exposed to a forceful or explosive discharge of any type or magnitude.”

The FBI said they arrested Duhaime without incident early Tuesday morning near his home in San Antonio, Texas. He was scheduled to appear before a U.S. magistrate judge in San Antonio on Tuesday afternoon.

"He is alleged to have fabricated the story and then provided law enforcement with materially false and misleading information about the incident," U.S. Attorney Rachael Rollins said at a press conference announcing the arrest. "As we all know in Boston, Mr. Duhaime's 911 call generated a significant response. A large portion of Northeastern's campus was evacuated and the Northeastern Police Department issued numerous campus-wide alerts, one of which described an explosion on campus."

The NBC10 Boston Investigators had reported weeks ago that investigators were eyeing Duhaime, the person who opened the package reported to have exploded at Northestern University in Boston. But until now, no charges had been filed.

Police had initially announced that a 45-year-old received minor injuries in the explosion. Sources previously told NBC10 Boston the investigation was being investigated as a possible hoax, and that the blast wasn't caused by an explosive device but an over-pressurized case.

Inside the case was a note criticizing virtual reality and Facebook founder Mark Zuckerberg. The note, which contained grammatical issues, misspellings and copious exclamation marks, characterized virtual reality as a government operation, according to a copy obtained by the NBC10 Boston Investigators.

The package delivered to Northeastern University's Holmes Hall was reported to have exploded when it was opened, sending Duhaime to the hospital with minor injuries and launching a local, state and federal investigation.

However, investigators ultimately learned that Duhaime fabricated the claim that he was injured, as the case was empty, and wrote the threatening letter himself. A word-for-word, electronic version of the letter that had been written four hours before Duhaime called 911 was also found on a university computer in his office.

"We believe Mr. Duhaime wanted to be the victim but instead victimized the entire community by instilling fear at college campuses in Massachusetts and beyond," said Joseph R. Bonavolonta, FBI special agent in charge for Boston. "Making false threats is not an innocent prank. It's selfish, shortsighted and a federal crime."

Officials did not provide a motive for Duhaime's actions.

Rollins also referenced the Boston Marathon bombings Tuesday and stressed the seriousness with which law enforcement treats incidents like these.

"This alleged conduct is disturbing to say the least," she said. "Our city knows all too well that a report of an explosion is a serious matter and necessitates an immediate and significant law enforcement response."

The court affidavit said the inside and outside of the case "had no marks, dents, cracks, holes or other signs that it had been exposed to a forceful or explosive discharge of any type of magnitude." And aside from several fold marks, investigators said the letter was "pristine," bearing no tears, holes, burn marks or any other indication that it had been near any sort of explosion.

The university released the following statement on the arrest Tuesday:

“Northeastern would like to thank the professionals in the FBI, the US Attorney’s Office, and Boston Police Department for bringing this investigation to a close. Knowing what we know now about this incident, we would like to make it clear that there was never any danger to the Northeastern community. As always, the safety of our students, faculty, and staff is our highest priority.

“The university does not comment on personnel matters, but we can confirm that Mr. Duhaime is no longer employed by Northeastern.”

An attorney for Duhaime did not immediately respond to a telephone message and an email seeking comment. Duhaime has previously denied staging the incident, saying in an interview with The Boston Globe that it was “very traumatic.”

“I did not stage this … No way, shape or form ... they need to catch the guy that did this,” he told the newspaper.

More on the Northeastern explosion 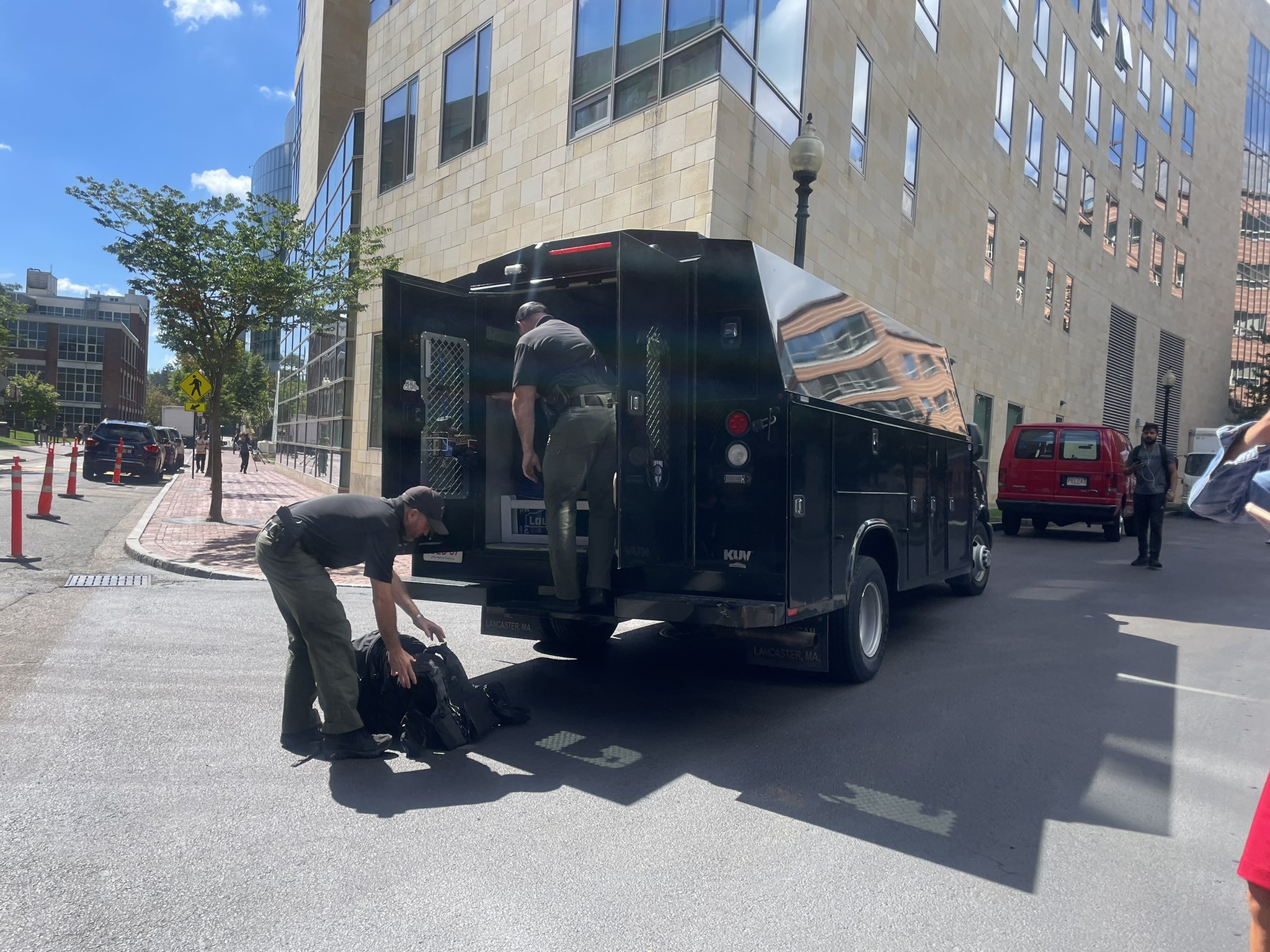 Package Explosion at Northeastern Being Investigated as Possible Hoax: Sources 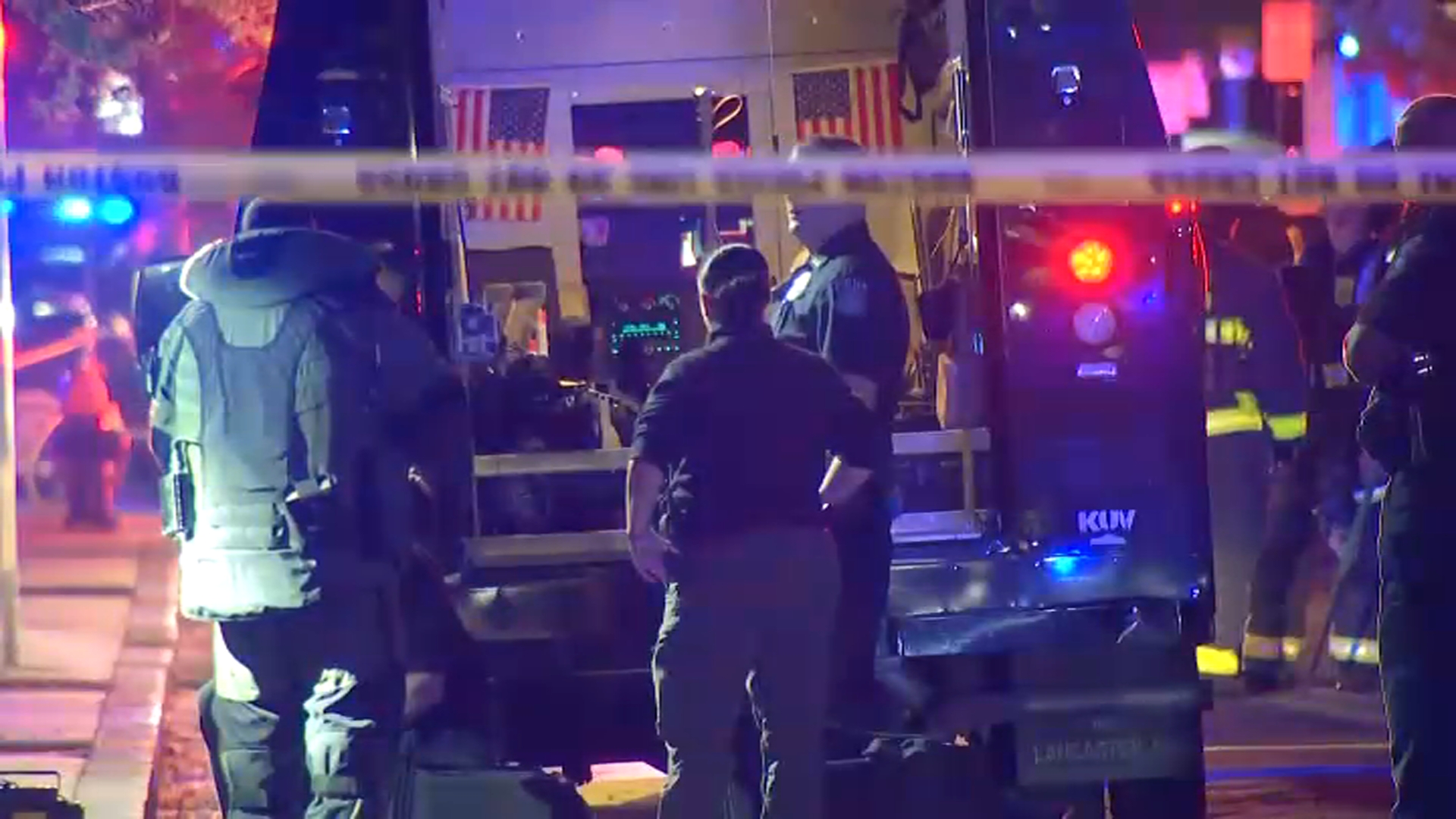