Brockton Family Shocked After Bear Caught on Camera in Their Backyard

Officials are warning residents to be aware after the bear was captured on video around 4:30 a.m. Friday near North Pearl Street and Healey Terrace in Brockton

Officials in Brockton, Massachusetts, are warning residents to be aware of black bears in the area after one was seen wandering in a backyard early Friday morning.

The bear was captured on video around 4:30 a.m. near North Pearl Street and Healey Terrace, and was not seen interacting with any person or animal, according to the Brockton Animal Control Department.

"You first look at the video, it looks like a panther or something because it's so slim and then you see it come out, and you're like, oh, that's a bear," Kyle Boucher recalled.

"As you see, it's a good size bear, especially in this neighborhood," Boucher's dad said.

The black bear can be seen coming down the steps in Boucher's family's backyard and walking past one of the home's security cameras as the animal continued on its way into Brockton.

Boucher says his mom got a Ring camera notification on her phone and wondered who was coming through their property at such an early hour.

"I'm on this side of the house, she's on that side, and I'm like, 'what happened?'" Boucher said. "She screamed and was like, 'you gotta come see this video, it's in the backyard.'" 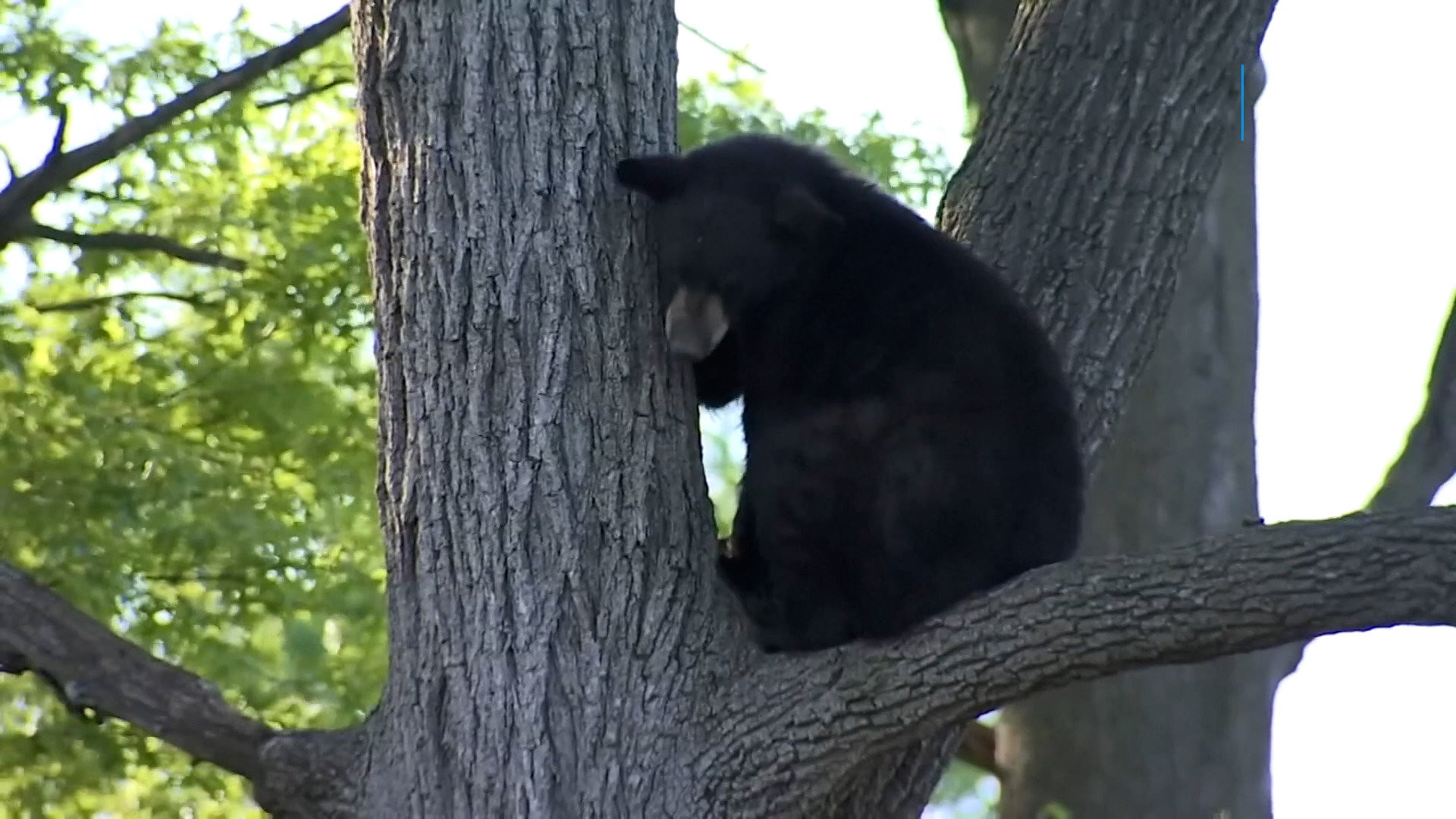 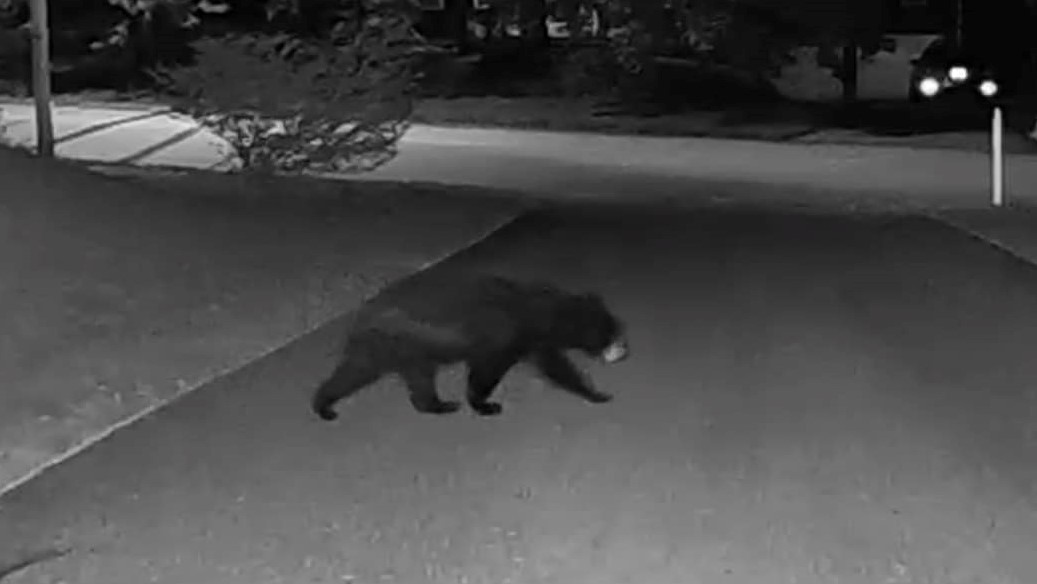 Boucher and his dad say they've seen all kinds of wildlife over the years at their home, but never anything like this before.

"Big coyotes, foxes, rabbits, everything, I feel like we've had plenty of raccoons, possums...turkeys," Boucher said.

"Kind of surprising to see, we're not in the country," his dad added.

Neighbors say they're just as shocked.

"'I've seen a fox like walking, going around that way during the day but a bear? Nah. Not really, haven't seen one yet," one neighbor told NBC10 Boston.

The Boucher family says they're just glad they weren't outside when their unexpected house guest decided to pay them a visit.

"I'm just glad we weren't out here walking the dog or something when he was coming around the corner, that wouldn't have ben fun," Boucher said.

Jackson, New Hampshire, police are reminding residents to roll up their windows and lock their doors if they have food inside their car.

City officials, including Mayor Robert Sullivan, are urging locals to be aware of bears in the vicinity of their homes and take all necessary measures to prevent conflict with them.

"If you should see this animal, DO NOT APPROACH! Immediately get yourself to a safe location and contact the authorities," Brockton Animal Control Department said in a statement released Friday.

Brockton residents should contact the following authorities in the event that a bear is near, and Animal Control for other questions:

Mass Wildlife advises people to take precautions to avoid conflict with the bears, including getting rid of bird feeders, installing electric fences, and keeping garbage in tightly closed containers.

More information on dealing with bears can be found here and here. Those interested in learning more about black bears in Massachusetts can visit this site.