Starbucks workers at cafes on Commonwealth Avenue and Harvard Street are encouraged after a store in Buffalo, New York, successfully unionized last week, a first for the 50-year-old coffee retailer in the U.S.

Employees at two Boston-area Starbucks locations filed paperwork to unionize Monday, just days after employees of the chain in New York state became the first in the country to form one of their own.

Organizers are hoping the call to unionize in the Boston-area will encourage all local Starbucks employees to join the movement, which they said will improve workers' quality of life and industry standards as a whole.

Boston members of the Starbucks and Workers United, the union vying to represent the workers, sent a letter to Starbucks CEO Kevin Johnson that stated, in part, "Starbucks' mission is improving communities one coffee at a time. Respecting partners rights to organize will help us help the community accomplish this as a mission."

Employees at two Boston-area Starbucks locations filed paperwork to unionize Monday, just days after employees of the chain in New York state became the first in the country to form one of their own.

Starbucks workers at cafes on Commonwealth Avenue in Allston and Harvard Street in Brookline sent the letter after a store in Buffalo, New York, successfully unionized last week, a first for the 50-year-old coffee retailer in the U.S. Starbucks has yet to respond to the letter.

Now, a second Starbucks in Buffalo is pushing for a union and there's been an ongoing effort to unionize at a location in Mesa, Arizona.

Organizers in Boston said they want a democratic workplace and that there cannot be a true partnership between staff and the company unless there's power sharing and accountability.

Two baristas at the Boston-area Starbucks say they like working for the coffee giant but they think unionizing will make it better. They have taken the first step in forming a union and say they are encouraged by fellow baristas in Buffalo.

"I wouldn't be doing this if I didn't love working here and I wasn't committed to making it a better place everyday," barista Kylah Clay said.

"I want us to be able to have a bit more say in what we do and how we run our stores day to day," barista Ash O'Neill said. 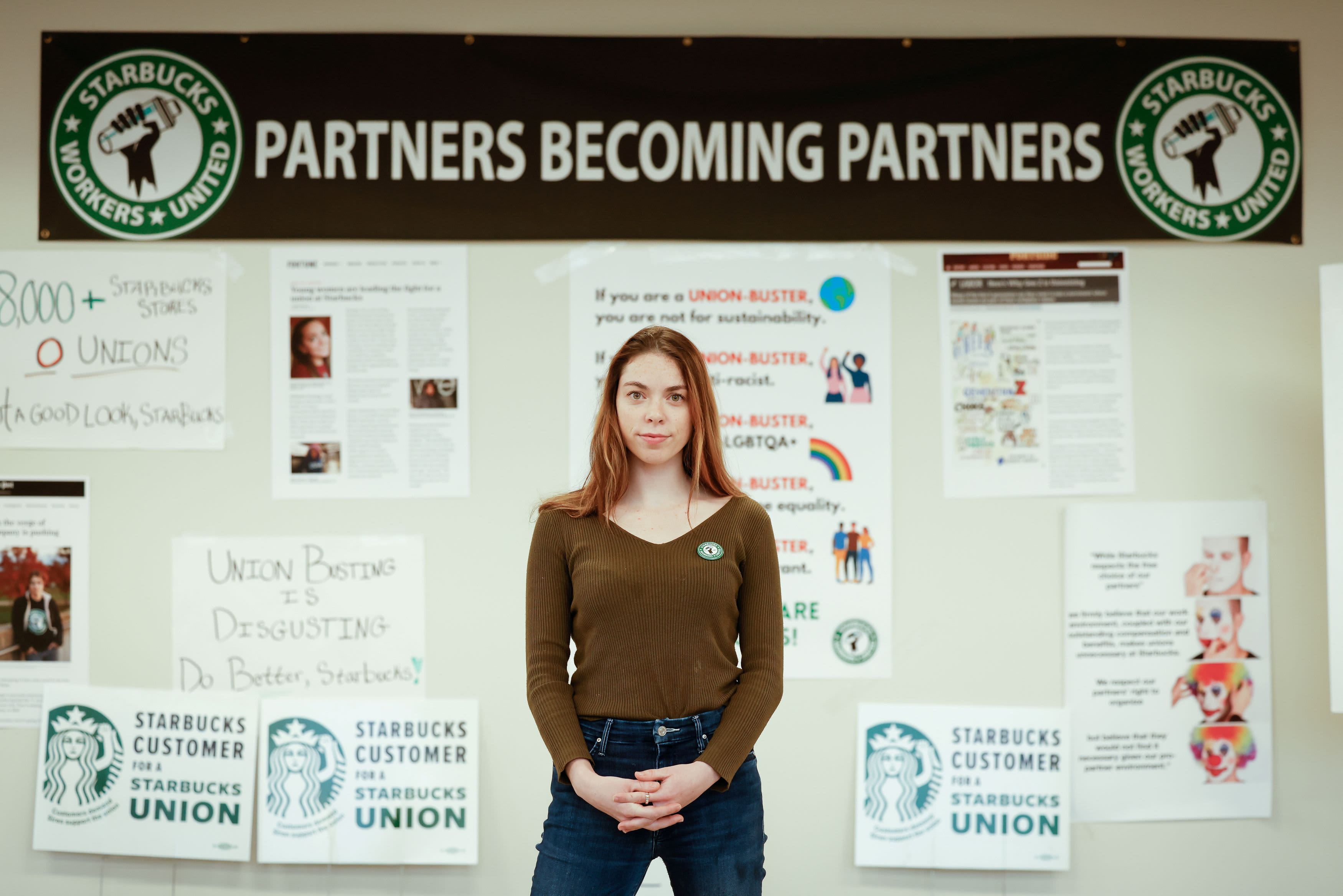 Starbucks Will Have at Least One Unionized Cafe in Buffalo, New York — a U.S. First for the Chain 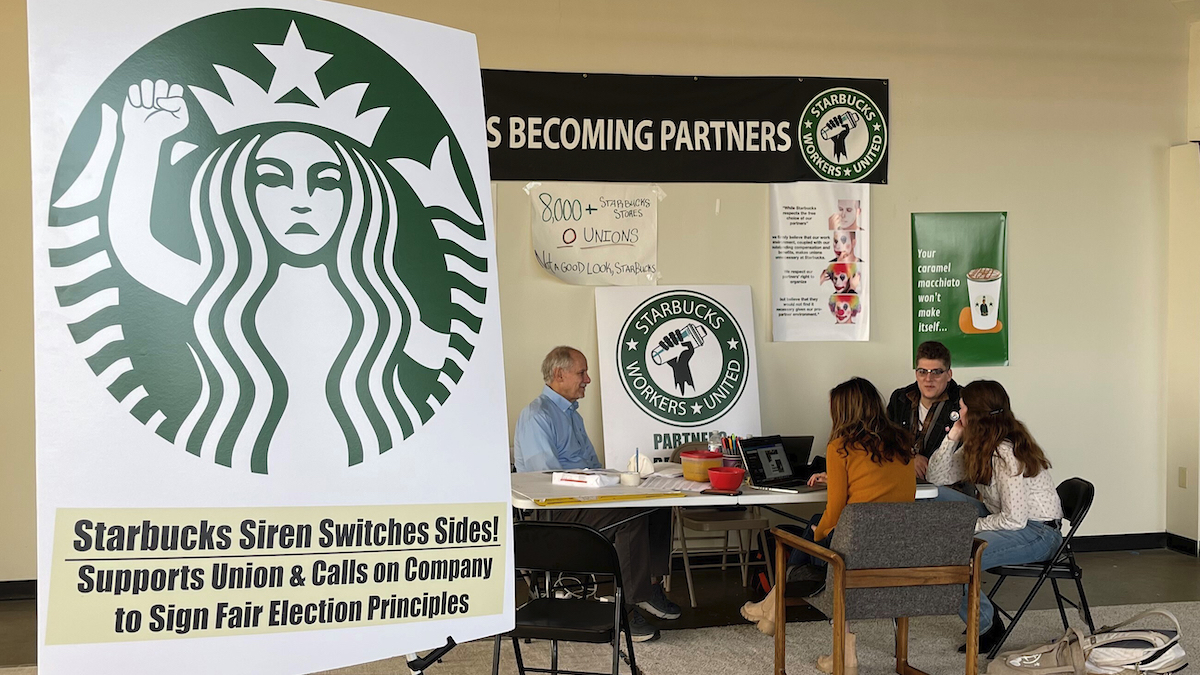 Starbucks is denying allegations that it's trying to intimidate workers from forming a union. CEO Kevin Johnson issued a statement that said in part, “…You can trust that while we are on this journey together, we will always be one Starbucks, grounded in the belief that partners are the heartbeat of this company.”

Boston University labor law professor Michael Harper said he expects Starbucks to do everything it legally can to stop these efforts to unionize.

"Starbucks used a lot of those tools in Buffalo, and I am sure they are going to use them here," Harper said. "They really want to fight unionization."

"Everyone should be part of a union and make sure they are protected," barista Kayleigh Shuler said. "Yeah, it is a great place to work and we deserve to be protected."

Starbucks is giving workers a raise, as restaurants nationwide are struggling to find enough people to serve customers.

As organizers work on a vote to unionize, they issued a reminder on conducting a fair election, which includes a secret ballot. There is no set date for the union vote.

In the meantime, if Starbucks posts any anti-union material at locations looking to unionize, organizers declared there must be equal space to post pro-union material as well.