As of Wednesday morning, nearly 140,000 people remained without power in Massachusetts.

More than 215,000 customers were without power in the Bay State Tuesday night and nearly 600,000 lost power in Connecticut.

There were about 127,000 outages in Rhode Island, 83,000 outages in New Hampshire and nearly 18,000 in Vermont. Nearly 90,000 were without power in Maine around midnight Tuesday, according to Central Maine Power. At the height of the storm, more than a million were left without power throughout the region.

The center of the storm, formerly a hurricane, kept to the west of new England Tuesday, but the system still sparked tornado warnings in much of the area.

Trees were knocked over across the region, crushing vehicles, damaging homes, blocking streets and even halting trolley service on the MBTA Green Line.

A Rehoboth man was trapped under a large tree that fell in the extremely strong winds.

"He said he couldn't run fast enough to get out from underneath it," said neighbor Ralph Potter. "And it got him, the edges of the branches got him, knocked him down."

The tropical storm ripped through much of the region Tuesday, taking down trees and wires.

Family members of the victim say he has lots of abrasions and injuries to his shoulders. He was rescued by firefighters, who removed the tree.

"Him and his wife heard something crack and he went out to check and looking around, the thing came down on him," said Potter, who ran to the scene after getting a frantic call from the man's wife.

A massive tree came down Tuesday evening on the Oxford home of Roger and Myrtle Bacon, decimating their porch and ruining their slate roof.

"I was sitting at the kitchen table, and we have a beautiful porch, and I'm watching the news, and all of a sudden, there was this noise, and down came the tree and took the whole porch," said Roger Bacon.

Connecticut received a significant amount of the strongest winds from Tropical Storm Isaias from the southeast side of the system. Peak wind gusts reached as high as 68 mph in Bridgeport and 66 mph in New Haven.

The storm caused one of the largest power outage events in the state's modern history, among the ranks of the October Snowstorm, Tropical Storm Irene, Hurricane Gloria, and Hurricane Sandy. As Wednesday morning, Eversource reported more than 600,000 outages.

A Naugatuck man died when a tree fell on him after he got out of his car to try to move branches off the road, according to Naugatuck police. The man, identified as a 66-year-old Naugatuck resident, has not been publicly identified.

Massachusetts' state-run waterfronts and pools closed at 3 p.m. in preparation for the storm, and state-run parks in western and central Massachusetts closed then as well, according to the Massachusetts Department of Conservation and Recreation.

The Mayflower II, the full-size replica of the Pilgrims' ship the Mayflower, took shelter from the storm in New Bedford, Massachusetts, where it was tied up at a pier Tuesday.

Officials in New Bedford had closed their beaches due to the forecast of strong winds and possible rip tides. New Bedford Mayor Jon Mitchell said the high surf also factored into the decision.

The Multi-Agency Coordination Center was providing sandbags to Provincetown, and remained on standby for all resource requests from other communities. 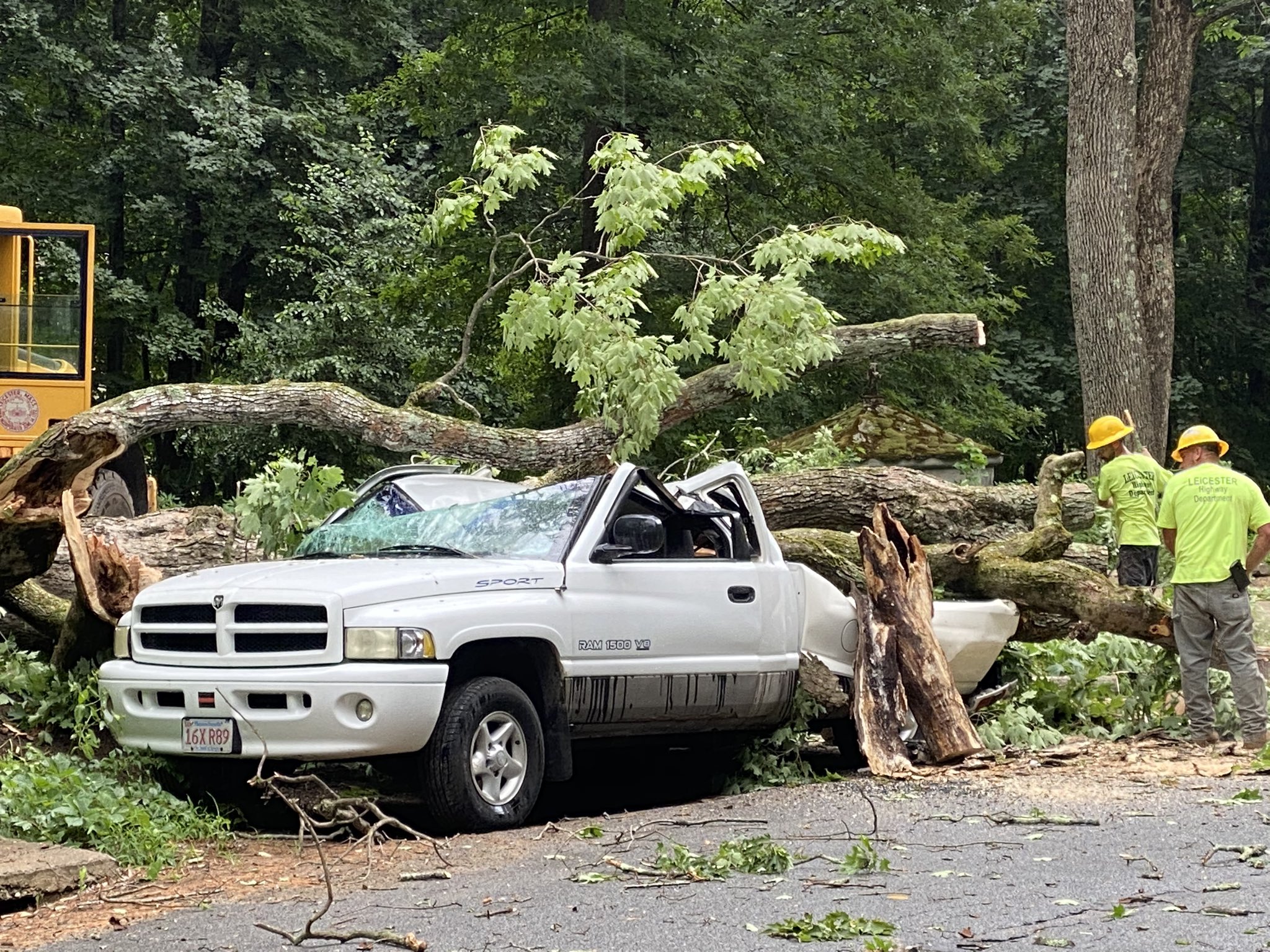 Isaias Knocks Out Power for Hundreds of Thousands Across New England 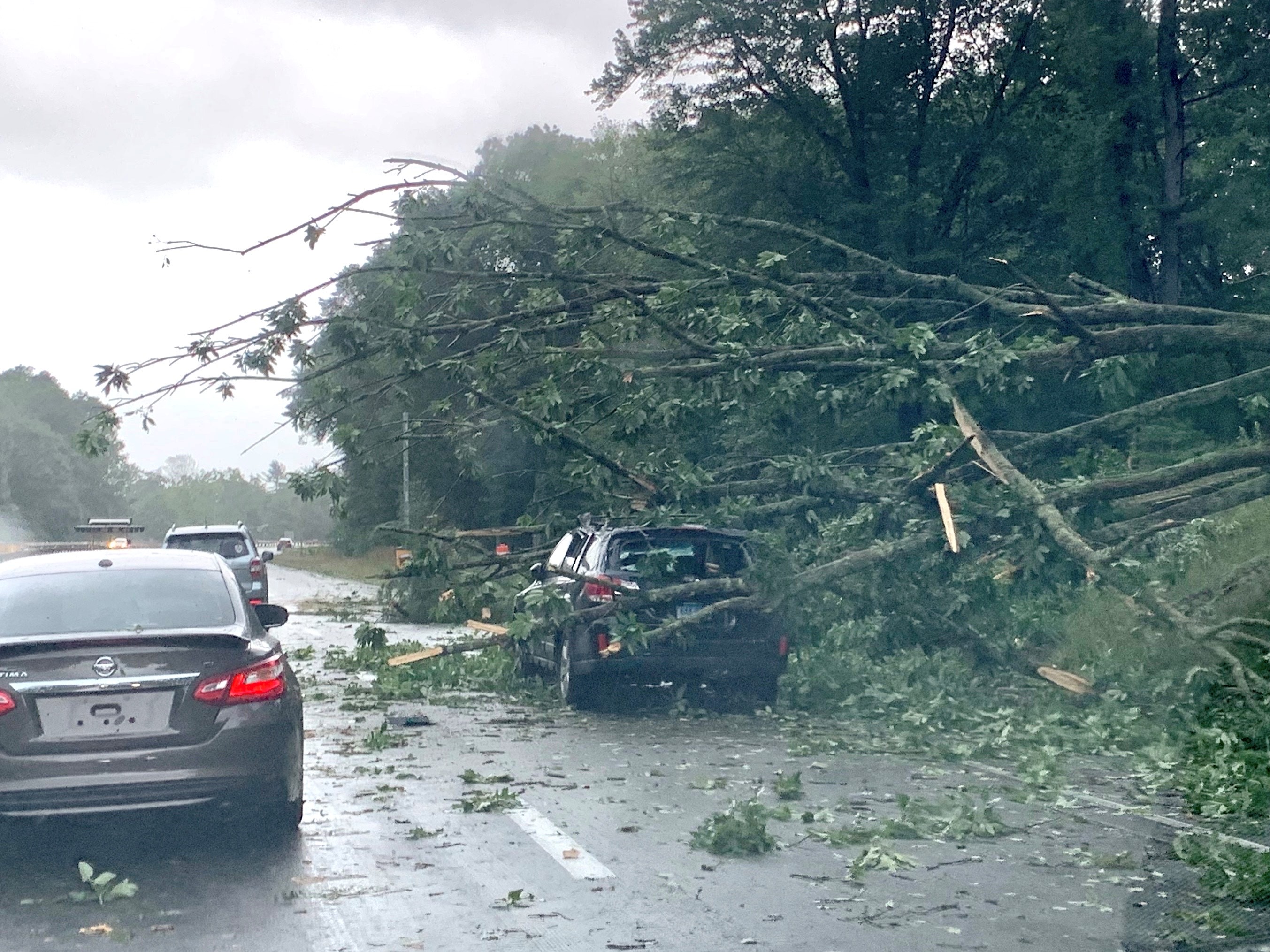