Many communities and organizations will be holding commemorative events in Massachusetts

Two decades after terrorist attacks changed the United States forever, people across Massachusetts and the country will gather to honor the survivors and victims of September 11, 2001, on Saturday.

Here are some of the commemorative events being held across communities and by various organizations in Massachusetts to mark the day:

ACTON: The to and its fire and police departments invited community members to a 9/11 memorial service at 10 a.m. in the public safety building, 371 Main Street.

Following New York City Fire Department tradition, Acton firefighters will symbolically strike a "5-5-5-5" alarm on a ceremonial bell to remember the first responders who died in the line of duty on September 11, 2001.

A moment of silence will be observed to commemorate the time of the collapse of the World Trade Center's South Tower and in tribute to all who lost loved ones. In attendance will be Acton resident Lauren Morton, a former Select Board chair, whose husband Phillip Rosenzweig died on Flight 11.

ARLINGTON: The “Soul of a Legend” concert at the Regent Theater, 7 Medford Street, will honor September 11 victims starting at 8 p.m.

Sponsored by City Realty Group, the concert will benefit the Paige Farley-Hackel Playground in Dorchester, which was named after a 9/11 victim, and honor those gone too soon with Blues icon James Montgomery and friends.

BOSTON: Each year on September 11, millions of Americans join in the call to perform acts of service on this federally recognized National Day of Service. This year's event, called Boston’s Meal Pack for 9/11 Day, will take place from 8 a.m. to 4 p.m. at the Westin Boston Seaport District, located at 425 Summer Street.

The national nonprofit 9/11 Day is setting this year's goal at 20 million good deeds performed nationwide to honor and remember 9/11 victims, first responders and others.

The city's fire community will honor the firefighters, first responders and citizens lost with a march, beginning at 3:45 p.m., from Shaw Memorial at Boston Common down Bowdoin Street and into Ashburton Park, before a 4 p.m. ceremony at the Massachusetts State House. Massachusetts firefighters will be added to the Ring of Honor that surrounds the Firefighters Memorial Statue.

And the USS Constitution will set sail into Boston Harbor with Medal of Honor recipients at 11 a.m., when the public is invited for a send-off from Pier 1 in the Charlestown Navy Yard. The historic frigate will give a 21-gun salute toward Fort Independence on Castle Island at about 12:30 p.m. and a 17-gun salute about an hour later at 1:30 p.m. toward U.S. Coast Guard Base Boston, then will open to the public for free between 4 p.m. and 6 p.m.

BEVERLY: At an event called "Beverly Never Forgets," a local search-and-rescue team will be remembered for the role they played in the response, searching the rubble of the Twin Towers for victims, as well as underground rapid transit cars looking for people who were trapped, over eight days in New York City.

The event will be held Saturday, September 11, from 11 a.m. to 2 p.m. at the local Federal Emergency Management Agency headquarters on 43 Airport Road. The compound has a small 9/11 museum with photos and artifacts, including equipment used by the Beverly team that day, and a 9/11 memorial highlighted by a 21-foot-long piece of steel from the World Trade Center's North Tower.

BRIDGEWATER: The local fire and police departments are holding a 9/11 remembrance ceremony at 8:30 a.m. Saturday in front of the Academy Building, at 66 Central Square. A moment of silence will be observed at 8:46 a.m.

CAMBRIDGE: At the Robert W. Healy Public Safety Facility, Cambridge first responders will hold a ceremony at 8:30 a.m. with musical performances as well as moments of silence for significant moments during the attack 20 years ago, as well as a rededication of the Cambridge police memorial stone. 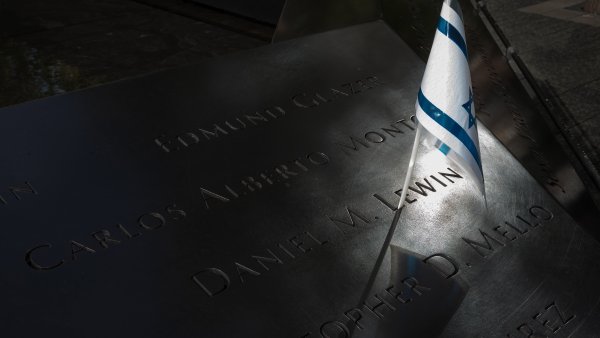 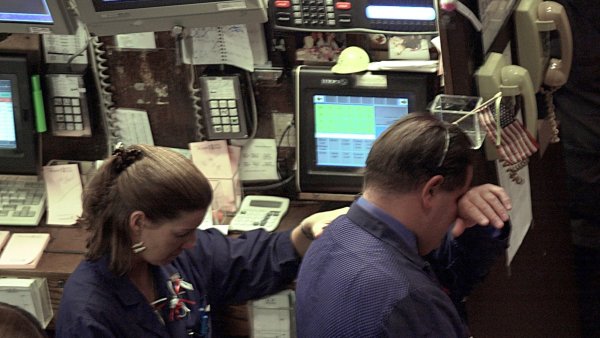 Remembering 9/11 and the NYSE's Triumphant Reopening

DUXBURY: The town will dedicate a new memorial at its fire station in a ceremony beginning at 8:30 a.m. Saturday.

EASTON: The fire station at 48 Lothrop Street will host a moment of silence, a ceremonial bell ringing and a reading of the Firefighter’s Prayer let by Easton fire Capt. Evan Malone will lead the remembrance.

FRAMINGHAM: A silent vigil at the Living Memorial in Cushing Memorial Park will begin at 7:58 a.m., marking the three times planes crashed during the attacks, leaving among the thousands dead 17 people with ties to Framingham. A 40-minute ceremony beginning at 10:30 a.m. will also be held.

HOPKINTON: At a 3 p.m. ceremony in the town common, Rev. Richard E. Cannon will lead a prayer in which the town of Hopkinton will thank local police and fire departments for their service and honor the 38 local veterans who have died since March 2020.

LAWRENCE: The Lawrence Fire Department is coordinating a public ceremony starting at 9 a.m. on South Broadway.

NORTH ATTLEBORO: A 9/11 poem will be read and roses laid at a ceremony beginning at 9 a.m. in the North Attleboro Baptist Common on 75 Park Street.

PAXTON: Anna Maria College is planning an interfaith tribute for on Saturday at 10 a.m. on the school's Caparso Field that will feature John Creamer, whose wife was on board American Airlines Flight 11, an ROTC honor guard and a speech from former Boston police Commissioner Ed Davis.

PEABODY: Three ceremonies will mark the 20th anniversary of the September 11th attacks and honoring Christine Barbuto and Janice Lasdin, Peabody residents who died in them.

The first ceremony will be at the September 11 memorial on Grandview Avenue at 8:45 a.m., followed by another at 9:30 a.m. at the Peabody Public Safety Memorial on Perkins Street and the third at 11:30 a.m. at the Christine Barbuto Memorial Garden at Peabody Veterans Memorial High School.

PLYMOUTH: The Hollybriar Bagpipers will begin Plymouth's 9/11 memorial service at Plymouth Fire Station #7 on Hedge Road. At 9:30 a.m. at the town's 9/11 memorial, a wreath will be laid at a ceremony.

SALEM: Outside the Salem Fire Department Headquarters at 48 Lafayette Street, Mayor Kim Driscoll and other officials will give remarks, a bell-ringing ceremony will be held and Rep. Seth Moulton will read the names of the 25 people from the area who died on 9/11.

SOMERVILLE: The city's Department of Veterans' Services will hold its annual procession and memorial ceremony on Saturday, with people encouraged to gather at the Cedar Street end of the Community Path at 9:30 a.m. Speeches and other events will begin about 10 a.m.

SWANSEA: The town's new September 11 memorial, featuring two steel rails recovered from the World Trade Center at Fire Station #1 on Main Street, is being dedicated at a ceremony that will also mark the attacks' 20th anniversary.