Thousands of first responders are eligible for the vaccine, and can get their shot at one of over 60 different sites across the state.

Hundreds of first responders in Massachusetts are expected to receive their first doses of the COVID-19 vaccine on Monday.

Thousands of first responders are eligible for the vaccine including firefighters, police officers, EMTs, emergency dispatchers and college public safety personnel. They can get their shot at one of over 60 different sites across the state.

More than 300 first responders are signed up to get vaccinated in Worcester, including the city's fire chief and police chief. Worcester Senior Center is operating as a dispensing site to vaccinate first responders in the city and six surrounding communities.

The statewide plan to get first responders vaccinated for COVID-19 is underway.

“The students are bright eyed and bushy tailed. They’re raring to go. They’re so eager to try to join the fight... I’m really pumped it just feels like we’re going into battle and we have a tremendous team,” he said.

"I couldn't be more excited," he said.

Hundreds of first responders in Massachusetts began receiving their first doses of the COVID-19 vaccine on Monday.

Dr. Hirsh says he’s already gotten the vaccine, and has a message for anyone who is hesitant to get it.

“The vaccine was not invented in like some bath tub in March and then suddenly rolled out, it’s the culmination of about 20 years of research that has been a result of responding to the SARS epidemic in 2003, and the MERS epidemic in 2005, and HINI in 2009,” he said.

“This vaccine is so effective we’re going to start seeing the numbers peak and then go away,” said Hirsh.

Massachusetts is preparing to vaccinate first responders starting on Monday. Nia Hamm reports from Needham with the latest details.

Some communities have already administered the vaccine to emergency responders.

In Needham, the city’s public health department will administer the vaccine to police and firefighters from there and surrounding towns.

Needham Police Chief John Schlittler and Needham Fire Chief Dennis Condon will be the first in their department to receive the vaccine Monday morning.

"It’s something that we’ve looked forward to. You kind of look at it maybe as a little bit of light at the end of the tunnel, some hope,” Schlittler said.

The police chief says he’s getting it without hesitation.

“I think it’s something that’s crucial for our first responders to have that to ensure that we’re safe for the people that we're servicing in town, and our co workers and so forth,” he said.

Emergency responders in Dover and Medfield will also get the vaccine.

The largest ambulance company in Massachusetts is getting ready to distribute the first doses of the COVID-19 vaccine, once available.

"It's amazing," said Joanie Cullinan, a Wellesley firefighter and cancer survivor. "It feels hopeful. I really feel like there's a lot of hope for the future."

"I just vaguely remember not feeling well, drove myself to the hospital, to the ER, valet parked, and that's the last thing I remember for about a month and a half," said Brian Hester, a Wellesley firefighter and COVID-19 survivor.

"Getting the vaccine is a huge step forward in getting our lives back to normal," said Wellesley Fire Chief Rick DeLorie.

"Hopefully, there will be some mass distributing sites," said Wellesley Public Health supervisor Ann Marie McCauley. "But I think we'd definitely have a role to play, so we'll see how this goes and then we'll gear up to do bigger crowds."

During a press conference this week, Gov. Charlie Baker laid out three ways the vaccine can be administered. Departments can have the vaccine administered on site and should visit Mass.gov/firstrepondervaccine.org for more information.

The state also plans to set up mass vaccinations sites across the Commonwealth, with locations reportedly to include Gillette Stadium and Fenway Park.

Baker said his administration is working with local police and fire departments to roll out a plan to ensure vaccine efforts. 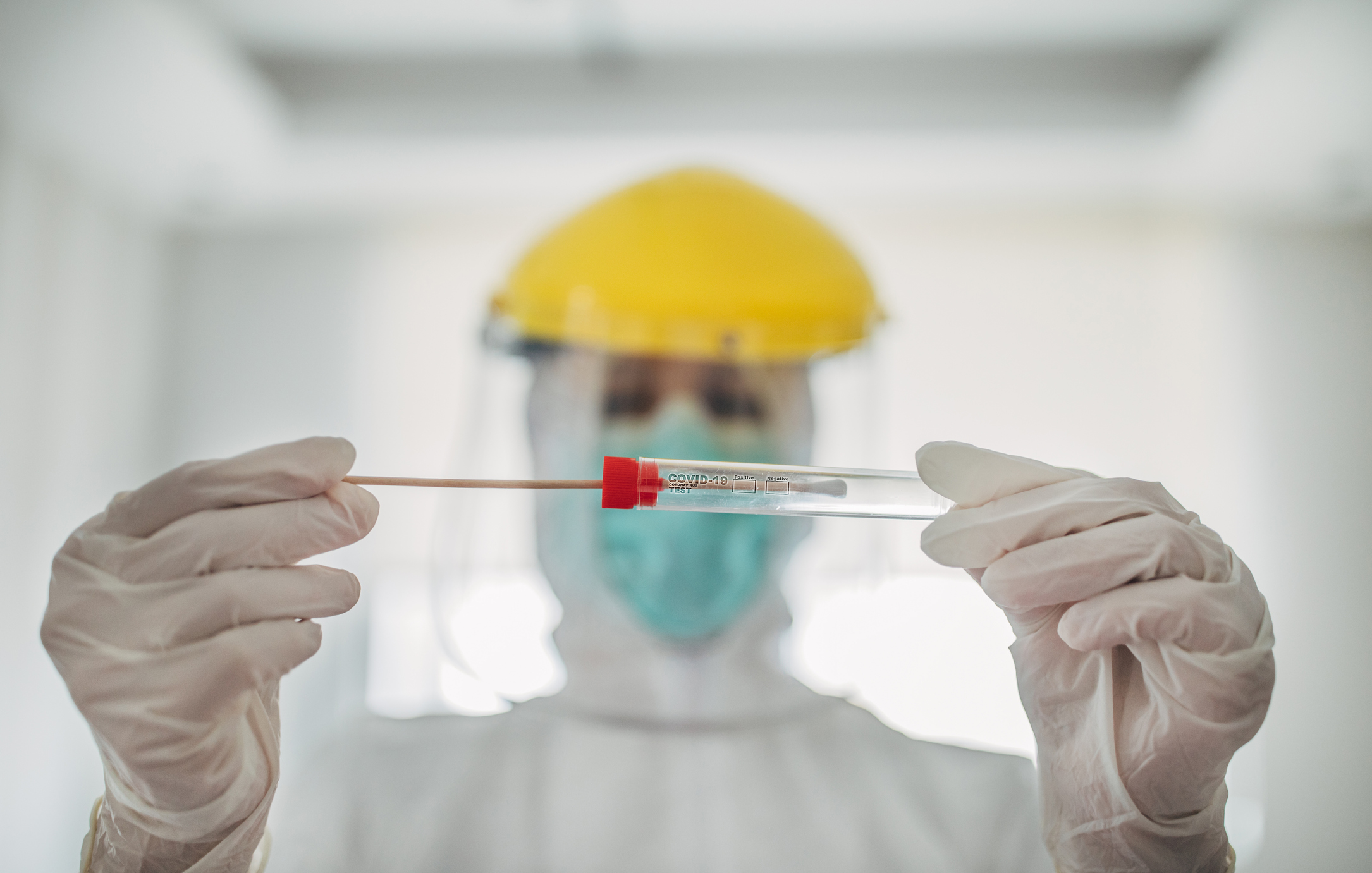 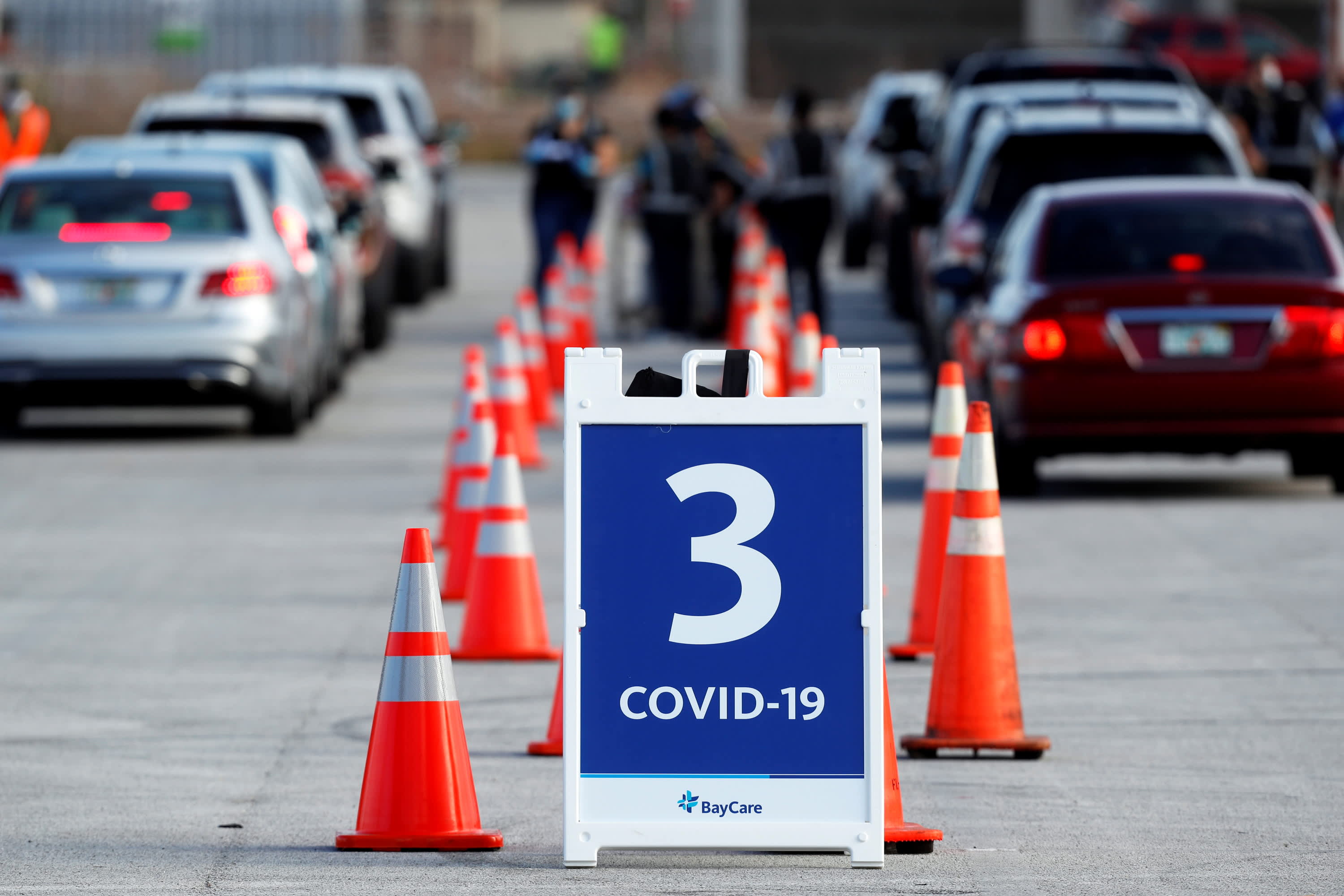