“Everybody here looks at him as a hero, which he certainly is and has been,” said a Farmington selectman about Larry Lord

A hometown hero is back after roughly seven months in rehab following a deadly explosion in September.

Larry Lord, a maintenance worker credited with evacuating staff at the Life Enrichment Advancing People, or LEAP, building in Farmington, Maine, shortly before an explosion killed a firefighter and injured Lord and at least a half dozen other firefighters, has returned to his home for the first time since the blast.

Lord left the Spaulding Rehabilitation Hospital Boston around 11:15 a.m. in an ambulance escorted to Maine by first responders.

“We’re really happy for this day to come,” said Justin Wells, a longtime friend of Lord’s who grew up a short distance from the Lords’ home in Jay, Maine.

“It’s been a long journey for sure.”

The firefighter killed in a massive explosion in Maine was identified as a Farmington fire captain. His brother, the fire chief, was among seven people hurt.

Around 2:30 p.m., the procession for Lord arrived in New Sharon, where it grew to include dozens of vehicles from area fire departments and other state, local and federal agencies.

By 3:30 p.m., the escort pulled past Lord’s home in Jay, where the ambulance dropped him off.

“Everybody here looks at him as a hero, which he certainly is and has been,” said Scott Landry, a Farmington selectman and member of LEAP’s Board of Directors.

“He’s always been a tremendous role model in the community and a very hard worker.”

The last firefighter who was injured in a propane explosion in Farmington, Maine, headed home Tuesday after being released from a rehab center.

Landry also told NECN/NBC10 Boston that Lord’s return would help a town still healing from the fatal blast, but that much work still had to be done to bring full closure to the incident.

“We’re coming back together,” he said. “Things will never be normal but this is the beginning.”

A state investigation into how the propane that caused the blast seeped into the building determined a propane line was severed when a bollard was installed near a propane tank.

More on the Farmington Building Explosion 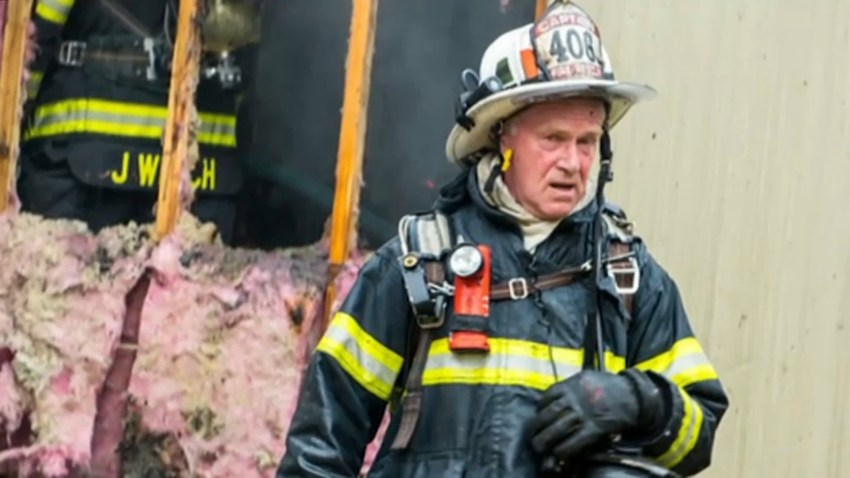