Boston Mayor Kim Janey announced a five-tier plan to mitigate the impact of the delta variant, including an indoor mandate

Janey announced a five-tier plan to mitigate the spread of the delta variant, including the mask requirement for all indoor spaces that are open to the public. The mandate takes effect on Friday, Aug. 27.

"The delta variant has emerged as the dominant strain of COVID-19 across our country, including here in Boston," Janey said. "The delta variant spreads faster and it's easier to catch. As a result, we have seen public health metrics trend up over the past several weeks."

More than 50,000 college students from around the world are poised to return to Boston for the fall semester, some of whom may not yet be eligible to get the vaccine, Janey noted. Additionally, many workers are returning to offices after Labor Day, she said.

"In light of these changes among our population, and the recent urging by the CDC for indoor masking in Suffolk County, we are implementing a number of proactive public health measures to further protect the people of our city," Janey said.

Other measures include a commitment to equitable vaccine and booster access for everyone; a previously announced vaccine mandate for city workers; $30 million to improve heating, ventilation and air conditioning in Boston Public School buildings over the coming year; and a mask mandate for schools and city buildings.

"This new public health order makes wearing a mask simple, clear and consistent across the city. If you are inside a building that is open to the public, wear your mask," Janey said. "If you are not eating or drinking, wear your mask."

The new mask mandate will mean the city of Boston has more stringent mask rules than the state -- Gov. Charlie Baker hasn't issued his own mask mandate.

Asked about Janey's move at a news conference Friday, Baker said he had no problem with any city or town adding their own restrictions -- "we've always said that that's OK" -- and stressed that different parts of the state have different needs, just as the state, the second-most vaccinated nationwide, has different needs from others, where cases are flaring up more intensely.

As cases of the delta variant continue to raise concerns across the U.S., the latest variant to take hold in the country, many are wondering what other variants are out there and which should we be concerned about?

Over 68% of Boston residents have received at least one dose of the coronavirus vaccine and over the last two weeks, nearly 8,000 residents got their first dose, the mayor said.

"We must do all we can to protect Boston residents with strong preventative measures and masks work best when everyone wears them," Janey said. "They protect those who wear them and those who are around them, including people who are most vulnerable."

Last week, Janey announced a COVID vaccine policy for all city employees, requiring them to verify their vaccination status or get tested weekly. The plan goes into effect in phases starting in September.

"Our purpose is to protect our employees and the public," she said.

The city employs 18,000 people, and those who don't verify that they've been vaccinated through a "secure, centralized, digital portal" will be able to get tested at locations throughout the city, including at City Hall, Janey said.

Employees who work directly with high-priority Boston residents, like at public schools, libraries, Boston Centers for Youth & Families and more, will have to comply with the policy by Sept. 20. Other public-facing city workers, contractors and volunteers, like ones who work in public safety and at parks will have to verify their vaccination status or get tested by Oct. 4. The rest of the employees and contractors will have until Oct. 18 to comply.

In a bid to encourage city workers to get the vaccine, one fully vaccinated, benefit-eligible employee a week will given an extra week of paid leave.

Janey's announcement came as the city's metrics have ticked up to an average of nearly 112 new cases per day. She warned last week that the virus is likely to be part of daily life for some time: "We will see ebbs and flows of COVID cases, and we will need to ensure that our hospital capacity … remains below the threshold. The best way to do that is by getting people vaccinated." 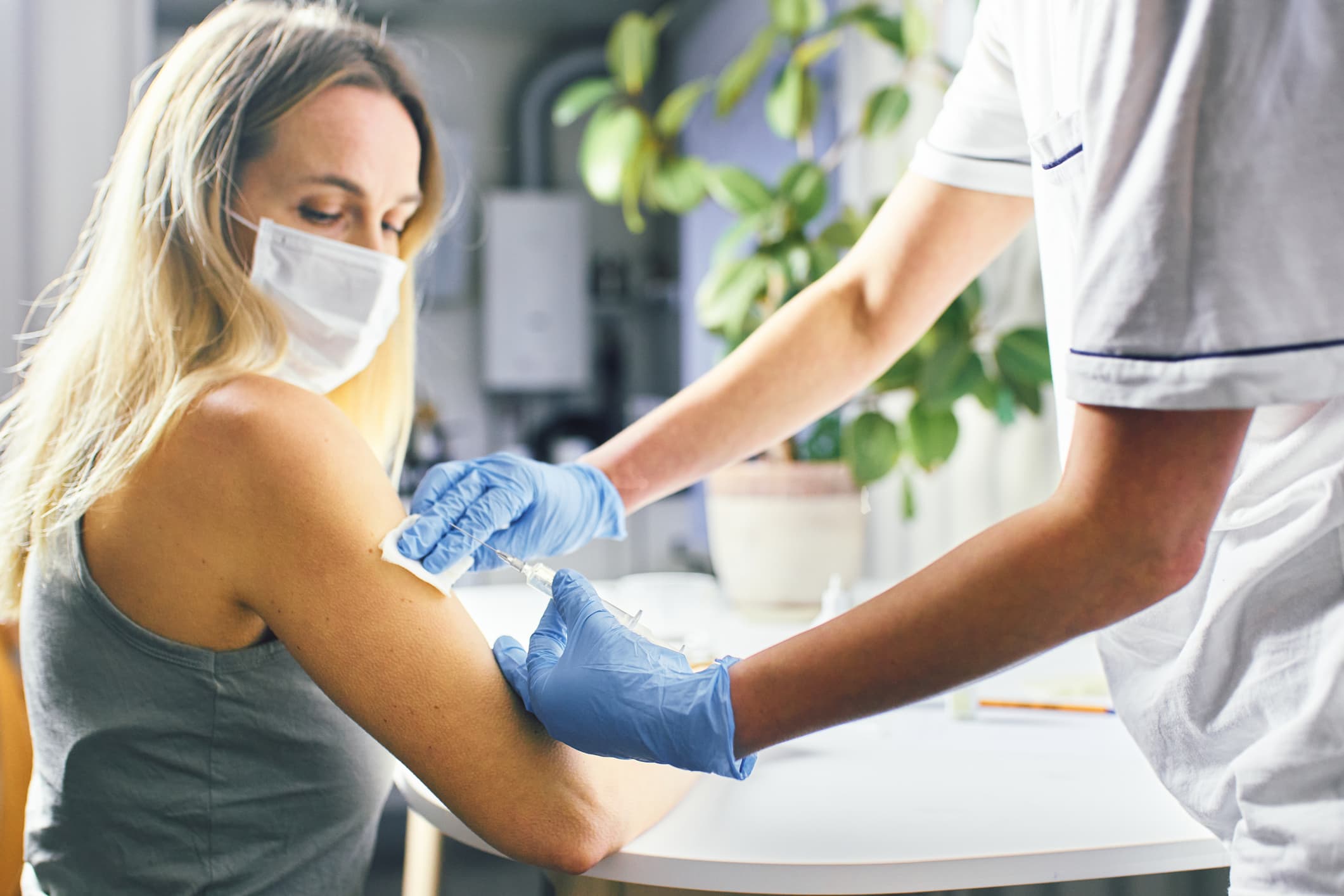