Dr. Jay Buckey spent more than two weeks in space, and will share stories of his mission at a special event this weekend

As the country gets ready to mark Saturday’s 50th anniversary of the Apollo 11 moon landing, New Englanders are sharing their excitement—including a former astronaut in New Hampshire.

At the Dartmouth Center for Space Flight Research, housed on the campus of the Dartmouth Hitchcock Medical Center in Lebanon, Dr. Jay Buckey can say he’s been where few others have.

“I thought it was the coolest thing ever,” Buckey said of his anticipation leading up to his 1998 space mission. 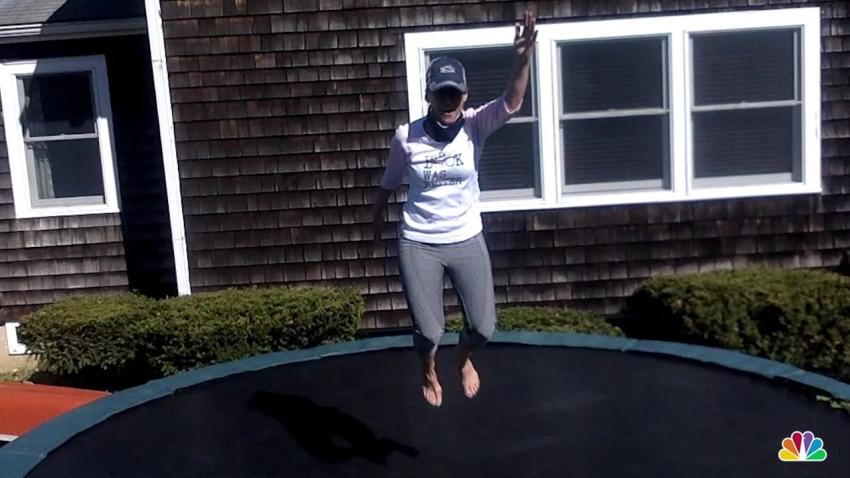 The physician spent 16 days in orbit studying the effects of space on the body.

“Over time, you realize you don’t have to respect floor and ceiling boundaries; you can just float whichever way you want to go and get around,” Buckey said, recalling his time experiencing weightlessness in space.

Buckey said he views the 50th anniversary of the moon landing as an opportunity to excite a generation about the power of science, and to chart bold goals for achievement.

Buckey was glad to know kids at the nearby Montshire Museum of Science in Norwich, Vermont have been exploring space through interactive exhibits this summer, and learning about the 50th anniversary of the moon landing.

“The more we see what’s happened in the past, the more it gets us stoked to see what we might be doing in the future,” Marcos Stafne, the executive director of the Montshire Museum of Science, said of the anniversary of the moon landing.

Museum-goer Michael Baldassarre, 8, of Bow, New Hampshire, said science learning excites him, adding that he understands the significance of the moon landing.

“It was a big step for mankind,” Baldassarre said of the historic space mission.

Buckey, the astronaut-turned-Dartmouth physician, said one legacy of the mission to the moon can be found in our pockets. Our cell phones, he said, are full of microelectronics and GPS technology that got their start in the race to space.

The Montshire Museum of Science is hosting a special day of space learning Saturday, July 20, which will give visitors the opportunity for hands-on learning—including getting to touch a real lunar meteorite—and to hear from Buckey about his time in space.

More information on the Montshire’s offerings is available on its website.