Next Phase of Boston Vaccine Mandate Takes Effect Tuesday: What You Need to Know

The next phase of Boston's vaccine requirements is scheduled to go into effect Tuesday even as COVID-19 cases and hospitalizations continue to decline in the city.

Mayor Michelle Wu announced a plan in December to require proof of vaccination at indoor dining, fitness and entertainment locations. Her plan also included a vaccination requirement for all city workers, which continues to be a sticking point with some city unions.

The requirements were put in place in the middle of Boston's omicron surge, which has shown signs of subsiding in recent weeks.

Implementation of the B Together plan began Jan. 15 with the requirement that anyone 12 or older — patrons as well as employees — must show proof of one dose of COVID-19 vaccine to enter certain indoor spaces in Boston, including indoor dining, fitness and entertainment establishments.

The second phase, set to begin Tuesday, requires anyone age 12 or older to show proof that they have received at least two doses of COVID-19 vaccine.

Individuals can demonstrate vaccination by showing their Centers for Disease Control and Prevention vaccination card or a photo of their card, any official immunization record or digital image from a pharmacy or health care provider, or on any COVID-19 vaccine verification app.

Businesses are required to post a notice at all entrances informing residents of the vaccine mandate.

The policy impacts events at the TD Garden, where the Beanpot championship hockey game was played Monday. Attendees had a wide range of opinions.

"Vaccines should be your choice, not the government's choice," argued John McCallister.

"You got to stay safe and keep your kids safe," said Ethan Valery, who was also attending the game.

"I think it would've made sense a year ago when [the virus] was a lot more intense, but now, I believe it's a little much," said Amelia Ballingall of the vaccine requirement.

Florida resident Bryan Burnelle knew of the vaccine requirement before coming to Boston. He doesn't mind the restrictions as long as he can have a way keep going to hockey games.

"I understand both view points, but if you want to go see some hockey, might as well just do it and take care of the people around us," said Burnelle.

Boston native Steve Flynn brought his kids, nieces and nephews to the game at the TD Garden. All of them are vaccinated, including his 9-year-old son. They all live in Saudi Arabia, where they say they are used to these sorts of restrictions.

"We fully support it," said Flynn of the B Together program. "We're going inside with 18,000 people. We need the kids in school tomorrow, we don't need them at home. So, being fully vaccinated with a mask, we'll do anything we can to keep our kids in school."

As Boston's new indoor vaccine mandate went into effect on Saturday, Mayor Michelle Wu spoke to reporters about it and took questions.

Last week, Wu announced benchmark metrics that city officials will look for to determine when to lift the city's vaccine requirements.

She said the proof of vaccination requirement will be lifted when the following occurs:

The latest data posted by the Boston Health Commission is available here. As of Feb. 4, the seven-day moving average was at 6.4%. As of Feb. 9, the city was averaging 363 hospitalizations per day, and as of Feb. 4, 89.6% of adult non-surge ICU beds were occupied.

No date was given on when the mask mandate could be lifted in Boston schools. 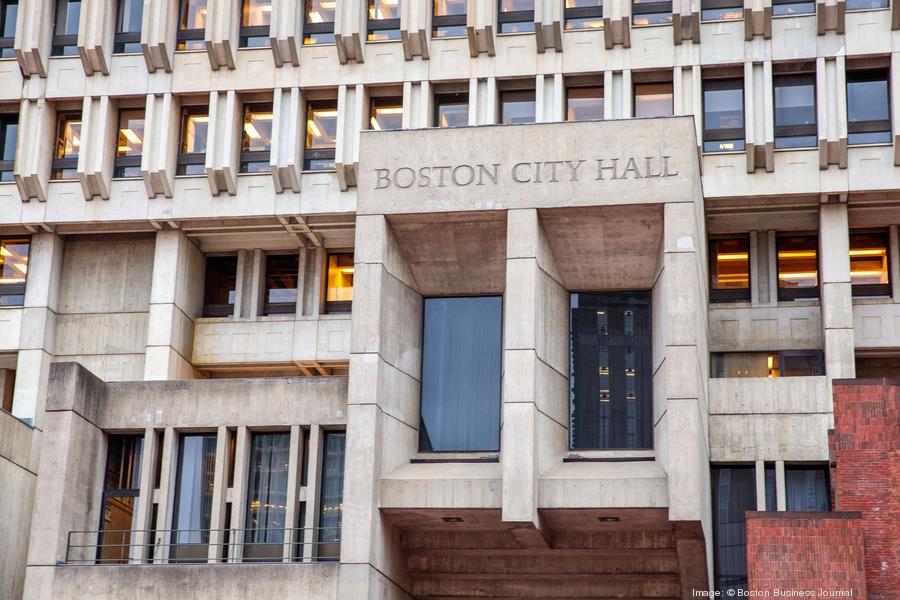