Roy was a freshman at Boston University when he was injured in 1995, and had just stepped onto the ice for his first shift

Roy died Thursday at the University of Vermont Medical Center, where he'd been rushed after complications from a previous surgery, according to The Boston Globe.

The Travis Roy Foundation has given out more than $4.7 million in research grants toward how to regenerate the connection in severed spinal cords. 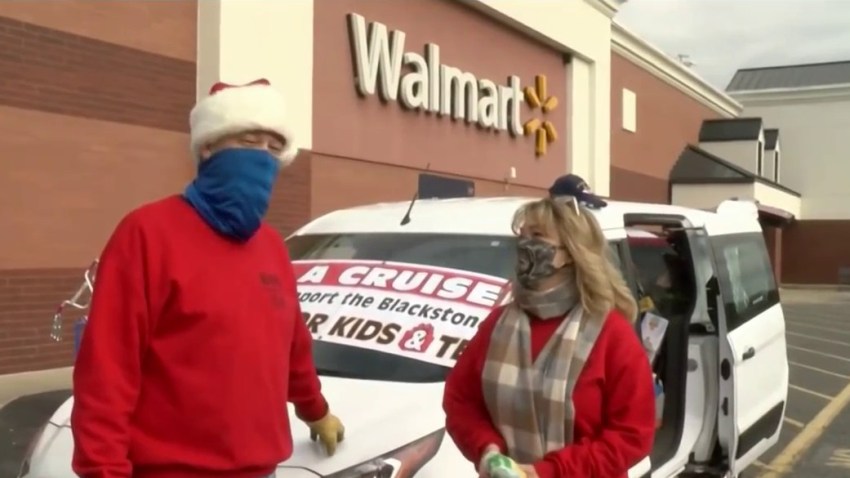 “He did not want ever to put anybody out, he approached everything with love and gratitude,” Roy’s brother-in-law Keith Vanorden told BU. “He did say if his passing inspired others, and served to motivate others to support the Travis Roy Foundation, then what a great way to remember him.”

Roy was a 20-year-old freshman when he was injured in 1995, and had just stepped onto the ice for his first shift. The accident happened 25 years ago last week and left him a quadriplegic.

“It is with heavy hearts that we mourn the passing of Travis Roy,” BU Athletics said in a statement. “His story is the epitome of inspiration and courage, and he was a role model and a hero to so many people. Travis’ work and dedication towards helping fellow spinal cord-injury survivors is nothing short of amazing. His legacy will last forever, not just within the Boston University community, but with the countless lives he has impacted across the country."

From his wheelchair, Roy gave motivational speeches to help raise money for a foundation that funds research and the purchase of equipment for paralysis victims. The message he shared: Do the best with what you have and don’t dwell on your misfortune.

“I like to say the first 20 years I had a life that was full of passion and the last 20 I’ve had a life full of purpose,” he said in an interview with The Associated Press shortly after turning 40. “The dream is to have both at the same time, but I’m fortunate. I’ll take either one.”

Roy was born in Maine, and was a star hockey player at North Yarmouth Academy.

The school issued a statement Thursday saying it was "deeply saddened" by the news of Roy's passing.

"Troy was a valued member of our school community, where he often returned to speak to students and attend special events," said Ben Jackson, the academy's head of school. "Travis inspired our students and community through his positivity, generosity, and his amazing work in support of those impacted by spinal cord injuries through the Travis Roy Foundation."

The North Yarmouth Academy ice arena was named in his honor in 1998, his 00 jersey was retired in 2015, and he was inducted into the school's Athletic Hall of Fame last year.

Twenty years after he was paralyzed, the Boston Bruins signed him to a one-day contract and Mayor Marty Walsh declared Oct. 20 "Travis Roy Day" in Boston.

Bruins President Cam Neely said Thursday that Roy "was the ultimate symbol of determination and courage." He said the impact Roy had on the New England hockey community was "immeasurable" and his advocacy for spinal cord research was "inspiring."

Twitter was flooded with a mix of grief and praise for Roy after news of his death on Thursday.