Pressley said the action will address a crisis that disproportionately harms Black and brown borrowers.

“We’re all here to call on President Biden to do right by the movement that elected him and to use his executive authority to cancel $50,000 in federal student loan debt,” Pressley said.

Because of historically discriminatory policies — like redlining, which limited the ability of Black individuals from obtaining bank loans needed to purchase homes and build wealth over generations — Black and brown students seeking to go to college have had to rely more heavily on student loans, Pressley said.

Attorney and former Democratic candidate for Congress Qasim Rashid made the case in an NBC News opinion column for why the Biden Administration should ask Congress for a bill to cancel all student debt. Rashid joined LX News to explain how canceling student loans would benefit all aspects of the economy and why our higher education system needs to be reformed to prevent debt from ballooning again.

“If President Biden is serious about closing the racial wealth gap, if President Biden seeks to build back better, then he must use his executive authority to issue broad-based, across-the-board student debt cancellation,” she said.

Capping the amount of debt relief at up to $50,000 will do the most good for the maximum number of individuals trapped under piles of debt that make it difficult to purchase homes, start businesses and begin families, Warren said.

Cancelling $50,000 in debt would help close the wealth gap between Black and white borrowers, Warren said. She also said that 40% of those who took out student loans weren’t able to finish college, with many struggling with the debt while working lower-paying jobs.

The effort to forgive student debt has come under criticism by some former student debt holders who say they worked and saved to pay back their debts and don’t think it’s fair that others should be let off the hook.

President-Elect Joe Biden was asked Monday if student loan debt cancellation figured into his economic recovery plan. “It does figure in my plan,” Biden said. “The legislation passed by the Democratic House calls for immediate $10,000 forgiveness of student loans… It should be done immediately.”

Warren said forgiving student loan debt is good for everyone.

“Our economy would do better if all of the people who have student loan debt were able to get out and start their small businesses, able to buy homes, able to take jobs in public service,” she said. “If we’re going to take the position that if I didn’t already get it in the past, you can’t get it now, we’re never build anything. We wouldn’t have started Social Security. We wouldn’t have started Medicare.”

La’Kayla Carpenter said she was days away from purchasing her first home when she learned she was $23,000 in default for student loans. She said she tried to work out an agreement to be taken out of default but was denied.

“I’ve done everything I possibly could to stay in the right direction — went to school, graduated, married, had children,” she said. “To be made to feel like I was less than a person because of it didn’t really feel so good.”

Biden announced in January that federal student loan payments would remain suspended and interest rates would be set at 0% through at least Sept. 30, extending an action from the administration of former President Donald Trump.

The pause of student loan payments has since been extended to more than 1 million who defaulted on student loans held by private lenders that offered loans backed by the federal government under a program that ended in 2010. 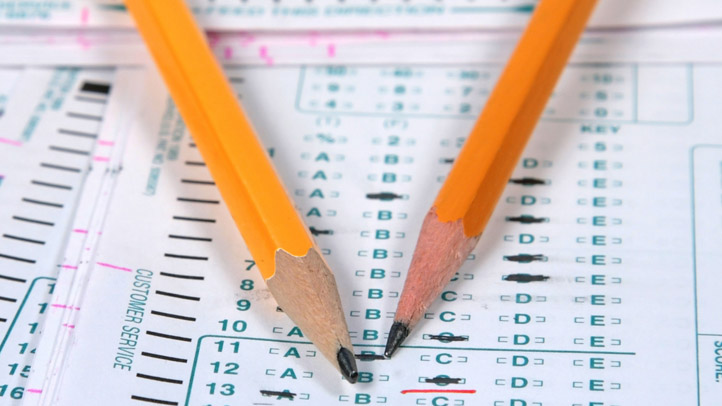