The day after Rhode Island launched legalized sports betting, a top Democrat said he's looking to expand it by allowing for mobile wagering.

A casino in Rhode Island became the first in New England to accept bets on professional sports Monday. Bets must be placed in person.

Democratic Senate President Dominick Ruggerio said Tuesday he's working on a bill to allow people to place bets from anywhere in Rhode Island. He plans to introduce it when the new legislative session begins in January. 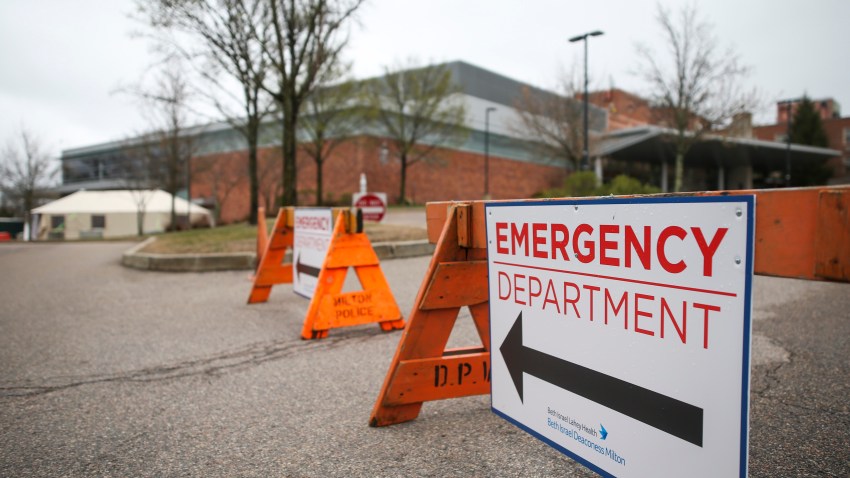 When Will the Coronavirus Surge Hit Your State?

Ruggerio said mobile gambling would be a convenience that would generate more revenue for the state. He's the biggest advocate for legalized sports betting in the legislature, having lobbied for its legalization for decades.

"A lot of young people, millennials, are getting into sports gaming. DraftKings, fantasy football, things of that nature," he said. "There is an interest and I think we can pursue that interest by offering mobile gaming."

Rhode Island moved quickly to legalize sports betting after the U.S. Supreme Court struck down a federal law this year that made most sports gambling illegal.

Twin River Casino's two locations are the only places where bets will be accepted, for now. Sports betting began at the Lincoln casino Monday and it's expected to begin at the Tiverton casino in December.

Ruggerio envisions a system where in-person and mobile bets are done through Twin River. For mobile wagering, a person would have to be in Rhode Island and have an account through Twin River so their age is verified.

Democratic House Speaker Nicholas Mattiello said Tuesday he's aware that mobile wagering is a priority for Ruggerio, so that makes it an important issue in the upcoming session.

"If his proposal enhances the gaming experience for Rhode Islanders while providing additional revenue for the state, it is certainly an idea worthy of a thorough review," he said in a statement.

Twin River spokeswoman Patti Doyle said they're "actively engaged in conversations" with legislative leaders about what might be possible for mobile gambling.

Ruggerio said he returned to the ticket window after the ceremony and placed a second bet of $110 on the Houston Texans beating the Tennessee Titans. They did. Ruggerio said he's donating his winnings to the Rhode Island Community Food Bank.