Roads will gradually improve as crews continue to treat them and the temperatures warm Wednesday, but commuters should allow for extra travel time

Light, but steady snowfall may have contributed to a number of car accidents in Massachusetts Tuesday night into Wednesday morning.

One driver is in the hospital with serious injuries after getting in a car crash on Route 93 southbound at Exit 37A in Reading around 10 p.m. Tuesday.

Massachusetts State Police found one car with heavy rear end damage and another in the cloverleaf area. A trooper gave the injured person emergency first aid while waiting for the fire department and EMS to arrive on scene.

The ramp to from Route 93 south to Route 95 north was closed due to that crash. One of the cars knocked down a light pole down in cloverleaf, blocking the exit ramp.

In Duxbury, fire officials were urging people to be careful on the roads and avoid the area of Elm Street near Oak Street, where a car crashed into a pole. The city's fire department responded to "many weather-related accidents," Tuesday night, they wrote on Twitter.

There were other problem spots Wednesday morning, including a tractor trailer crash on the westbound side of Route 290 in Shrewsbury and another in Weston that caused lane closures.

A car fire on the eastbound side of the Mass. Turnpike near Route 9 was extinguished but caused residual delays. A spin-out on 95 in Boxford by Endicott Road also created a backup. The Expressway was slow getting into Boston as well.

Roads will gradually improve as crews continue to treat them and the temperatures warm into the 30s and even low 40s Wednesday, but commuters should allow for extra travel time.

Although most of the snow is done this morning, additional rain and snow showers are possible through the day. Approximately two to four inches of snow accumulated for most by Wednesday morning. 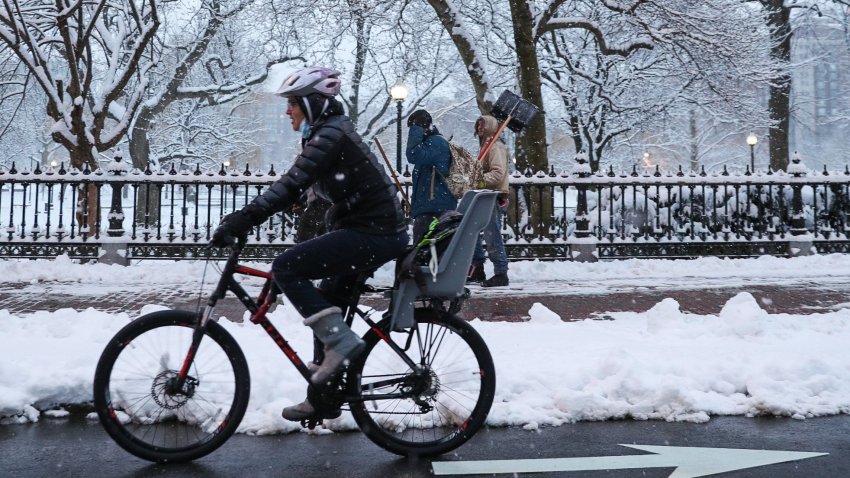 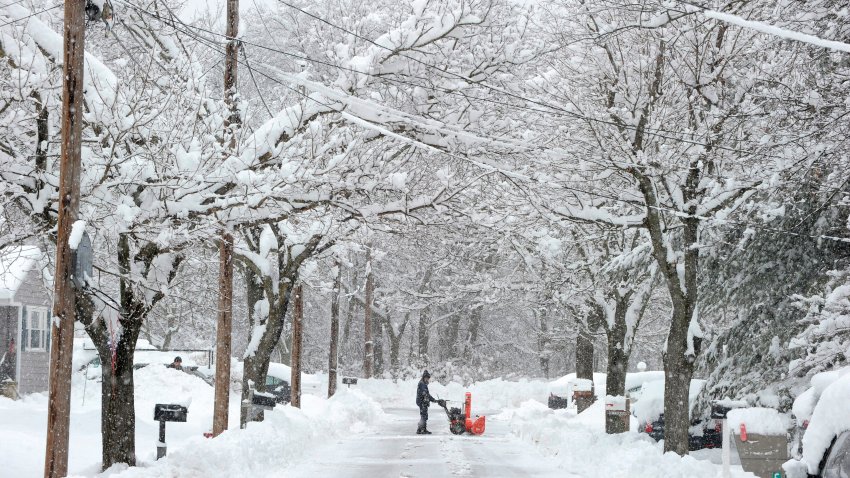