Gov. Charlie Baker has ordered flags at all state buildings to be lowered to half staff until further notice

Massachusetts Gov. Charlie Baker says he is incredibly sad about the tragedies that occurred Friday in Braintree and Worcester.

Touring a vaccine clinic Saturday in Dorchester, Baker was asked about the separate incidents involving police officers in Braintree and Worcester.

In Worcester, Officer Enmanuel "Manny" Familia drowned Friday afternoon while trying to save a 14-year-old from drowning at a pond at Green Hill Park.

“This is the worst nightmare you could ever possibly imagine,” Baker said. “Jumps into the water attempting to save somebody else , a young boy, that’s about a high a calling as you can possibly imagine.”

Familia, 38, was one of five officers who entered the water in an attempt to rescue the teen. Familia and the teen were located by divers and rushed to the hospital, where they were both pronounced dead.

Familia was a five-year police department veteran with a wife and two children.

Police have not released the teen's name, but family members have identified the 14-year-old drowning victim as Troy Love.

A Massachusetts police officer who drowned trying to save a teenager at a pond was honored with a procession by his fellow officers Saturday morning.

Baker was also asked Saturday about what unfolded in Braintree where two officers were injured and a police K-9 was killed in a shooting during an investigation into a domestic dispute.

The two officers were each shot multiple times after they went searching for the suspect who had fled into the woods.

The Norfolk District Attorney's Office confirmed Saturday that both officers are stable. At least one of the officers was released from the hospital later Saturday afternoon, according to a video posted to social media by Braintree police.

More From Worcester and Braintree 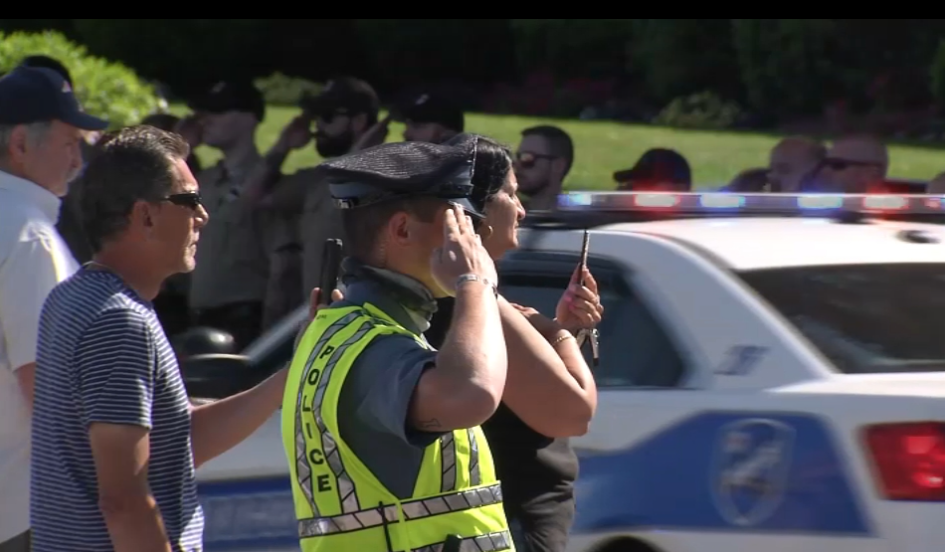 Procession Honors Worcester Officer Who Drowned Trying to Save Teen 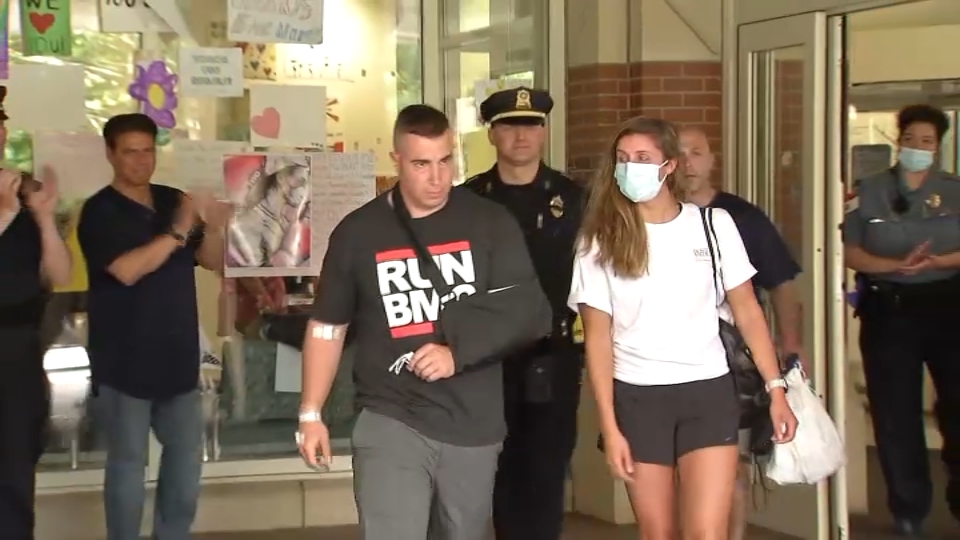 1 of 2 Braintree Cops Shot in ‘Ambush' Home From Hospital; Both Expected to Fully Recover

The governor said he called the chiefs for both Braintree and Worcester, offering support to their departments and telling them, “whatever we can do for you, all you have to do is ask.”

“I said first of all that I was incredibly sorry and sad about all that had happened in both cases,” Baker said.

He also said it’s important for people to remember the sacrifices that law enforcement make.

“Day in and day out these folks really do in many cases put themselves in harms way on behalf of the communities they serve,” he said.

A domestic violence suspect and a police dog are dead after a shootout in Braintree that left two officers injured.

"We are devastated for the tragic losses endured today in Worcester, to @WorcesterPD for the loss of a true hero and the family of the teenager he was trying to save. There are no words that are adequate. Only prayers," Massachusetts State Police said on Twitter.

"We offer condolences, also, to @BraintreePolice for the line of duty loss of K9 Kitt, another hero who gave his life protecting the public. We offer our deepest hopes for recovery of the two officers who wounded. Heroes, all. Prayers for all," state police added.

Meanwhile, New Hampshire State Police sent their deepest sympathies to all those affected by the tragic outcomes in Worcester and Braintree, saying they share in the sadness.

Baker has ordered flags at all state buildings to be lowered to half-staff until further notice. Worcester's city manager has also ordered flags on all municipal buildings and parks to be flown at half-staff as the city mourns the death of Officer Familia following his heroic efforts.